Visiting a theme park is one of the most exciting activities you can do. Whether it’s a hometown park or during an overseas holiday, whether it’s as an 11-year-old or as a 35-year-old, there’s just something so magical about being flanked by castles and roller coasters, with looming mountains in the distance and the smell of fresh popcorn filling your nose.

In Japan, magic is always in the air. The country itself is a perfect example of respect for cultural nuances versus pushing the boundaries of society through high-geared developments. Here, temples sit behind skyscrapers, and vendors with food carts passed down from generations sit beside technology-powered conveyor belt sushi stores.

The wondrous feeling that you get whilst standing in the middle of Shibuya is that same amazement you’ll feel gazing upon Mount Fuji. It’s also the same feeling you’ll get when you decide to head to one of the many extraordinary theme parks located across Japan.

It’s believed that there are 100+ theme parks in this amazing country alone. What a number!

Visiting all of them will take too much time though, so we’ve rounded up the top 5 best theme parks in Japan for you to include in your next itinerary! 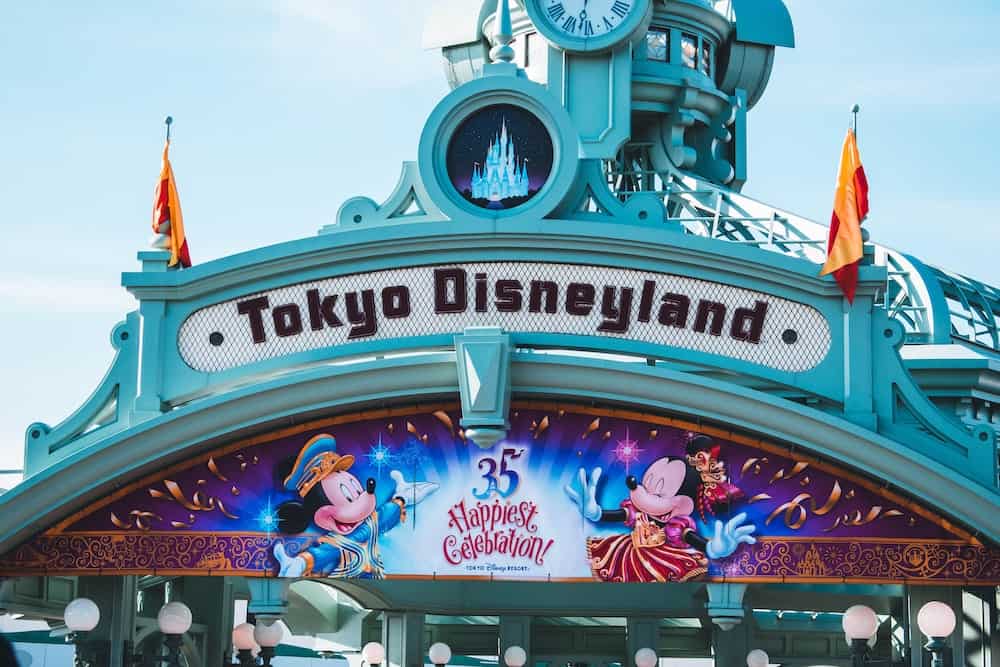 The Tokyo Disney Resort is 100% deserving of the number one spot on this list. Consisting of both Disneyland and DisneySea, which sit next to each other (but operate as separate entities), the resort offers an all-in-one experience, with accommodation situated right inside the resort itself and plenty of transport options in and out.

Disneyland is a theme park based on the most famous films produced by Walt Disney himself. Since opening in 1983, it has brought magic and happiness to hundreds of thousands of visitors every year. With epic rides, delicious treats, and joyful parades throughout, it’s a magical experience for everyone of all ages.

Tokyo DisneySea is a fantasy-themed amusement park that’s located near Disneyland. It takes inspiration from renowned myths and legends of the sea, and is split into seven major ports, each containing various exciting rides and food options.

Whilst people of all ages will find this amusement park exciting, it’s particularly aimed at a more grown-up audience. 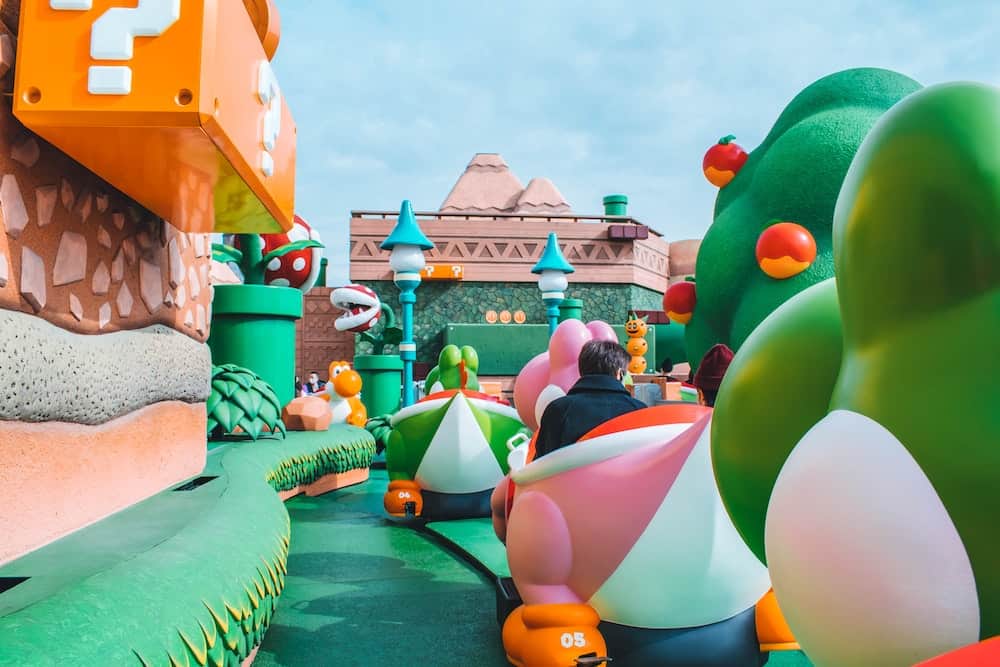 Universal Studios is another amazing amusement park that is equally as fun and exciting as Disneyland and DisneySea.

In addition to incredibly adrenaline-inducing rides such as the Flying Dinosaur, located at the Jurassic Park section of the park, and sweet and fun rides such as the Despicable Me Minion Mayhem ride located in Minion Park, there are mascots you can take photos with, and parades from day to night to enjoy.

In recent years, the addition of the Wizarding World of Harry Potter has brought Hogwarts-hopefuls from all around the world to try butterbeer and purchase their own wand. Don’t forget their rides as well, one of which will take on a ride on the Hippogriff itself!

It’s also located near a shopping mall that boasts multiple hotels, restaurants, and shops. Everything you may need will be at your fingertips here. 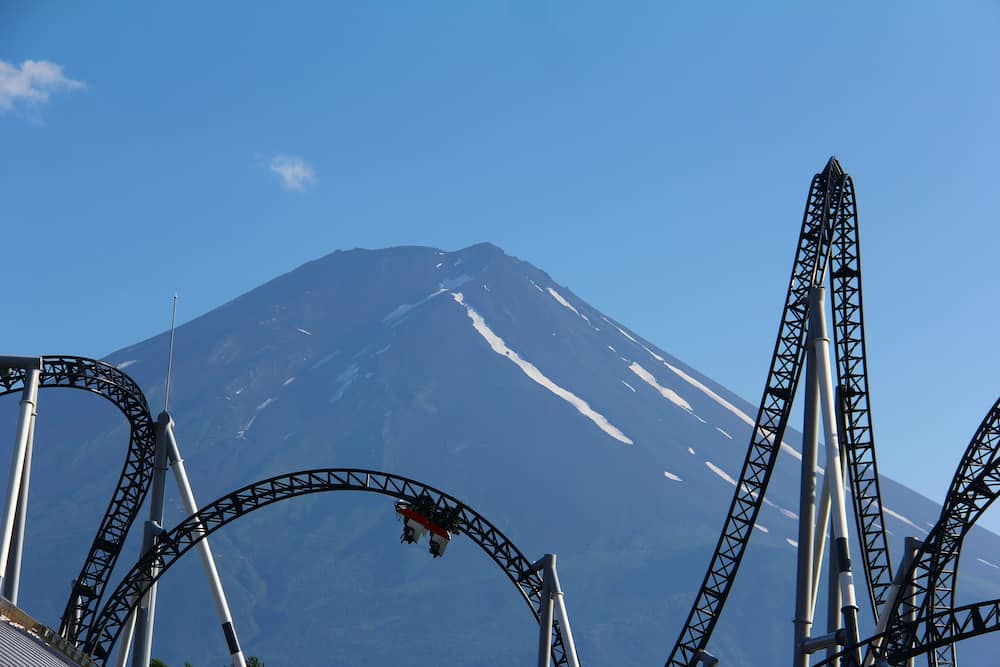 No list of awesome theme parks is complete without the mention of Fuji-Q Highland. This world-renowned theme park, located near Mount Fuji, is not for the faint-hearted.

Boasting some of the world’s most thrilling roller coasters as well as the world’s longest haunted house, it’s safe to say that this theme park is for the adrenaline junkies.

Take note that there are plenty of rides to check out, but Fuji-Q’s claim to fame seems to center around four world-record-breaking roller coasters: Fujiyama, Do-Donpa, Takabisha, and Eejanaika.

Fuji-Q Highland also boasts 22 restaurants, cafes, and food stands throughout, and plenty of goers have reported back saying that food is quite good!

Good food, great rides – what more could you ask for? 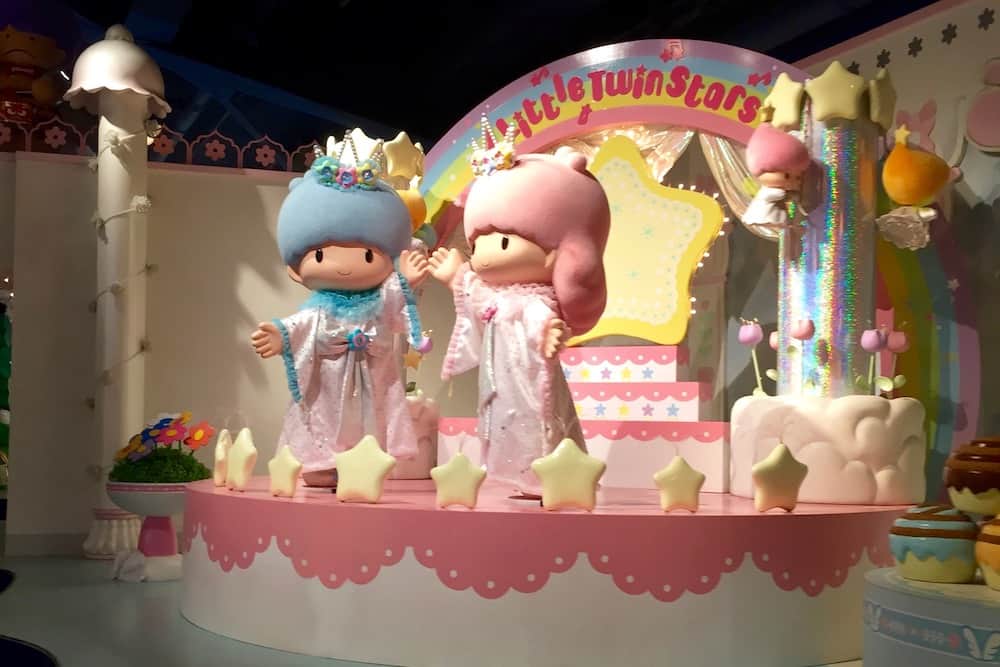 Sanrio Puroland is an adorable Hello Kitty Theme Park located right in the middle of Tokyo. It is not a theme park in the same sense as Disneyland and Universal Studios; rather, it hosts a sprinkle of rides and shows that all center around Hello Kitty. The real deal here though is that you can purchase limited edition and exclusive merchandise only available at Sanrio Puroland.

If you’re a fan of kawaii culture, chances are, you’ll fall in love with this place. Adorable characters such as Hello Kitty, Gudetama, Cinnamoroll, and My Melody walk around providing picture opportunities. The entire theme park is brightly lit and indoors, meaning it can be visited on a rainy day.

There are restaurants and cafes which offer character-themed items, and plenty of souvenir shops to purchase memorabilia.

The best thing about the theme park would be the parades and the shows. They’re hugely popular and include lots of singing and dancing, so if you’re planning on witnessing any, be sure to get there early to get a good spot. 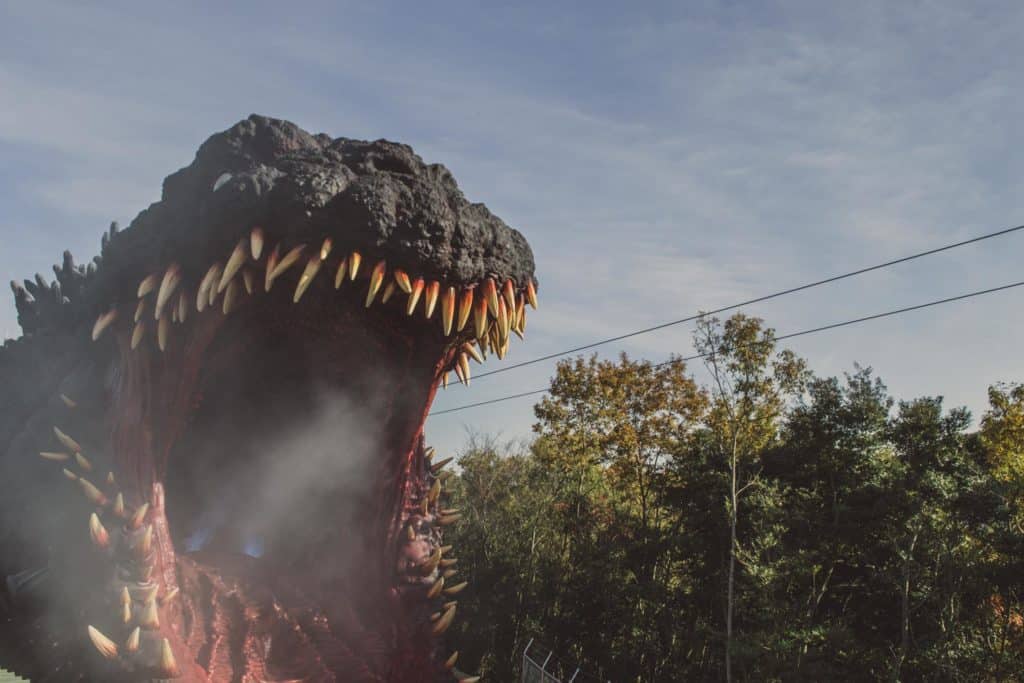 Having opened only in 2019, Nijigen No Mori has made a massive splash into the world of theme parks in Japan. It is an outdoor amusement park that brings together some of the most iconic manga characters. It is located in Awaji, near Osaka.

The park was created in a way where you’re meant to feel like you’ve been whisked away into a fantasy land the moment you arrive. Towering statues, gates with mysterious symbols, light projections – this park is super unique.

You can immerse yourself in a maze and try to collect all the missing seals, help scientists figure out what went wrong with Godzilla and fly down a zip line, and watch the Hinotori come to life at night.

If you’re keen, visitors often stay overnight at the Grand Chariot, the onsite glamping facility on the island.

Visiting theme parks in Japan is a little different from visiting them elsewhere, purely because of the sheer density of crowds, even on weekdays! What we’d recommend is for you to prepare yourself beforehand to make the most of your day.

Knowing what your plan of attack is, how you’re going to navigate around, and what rides to use your fast pass on is super important. Knowing when to take a lunch break (preferably outside of lunch hours!) and which earliest train or bus to catch to get there before it opens to line up is just as important.

We hope we’ve helped you narrow down some theme park options, and can’t wait for you to share your experience! Connect with us on Discord, Facebook, and Twitter!