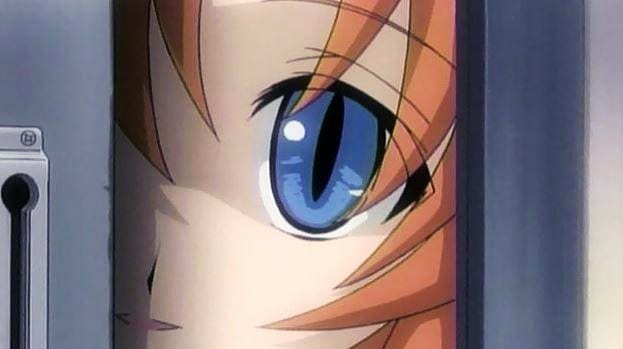 I know what you’re thinking, can anime really be scary? It it true that it’s a lot easier to get sucked into a live action horror film than it is to be afraid of the 2D picture on the screen, but the Japanese really have a way of setting the mood.

What is “Horror” Anime?

When it comes to anime, the concepts and ideas are a lot more scary than anything you will actually see on screen. It’s more like a physiological horror than ghosts or demon stories. There are times when you could get the chills from watching a horror anime, but it comes more from the story, the isolation of a character, or the “what if this happened to me?” feelings more than anything that could possibly be visually rendered on the screen in anime.

If you want to see an incredible amount of death, murder, and of course, blood, then this anime is for you. Yes, look at the cute bunnies below. 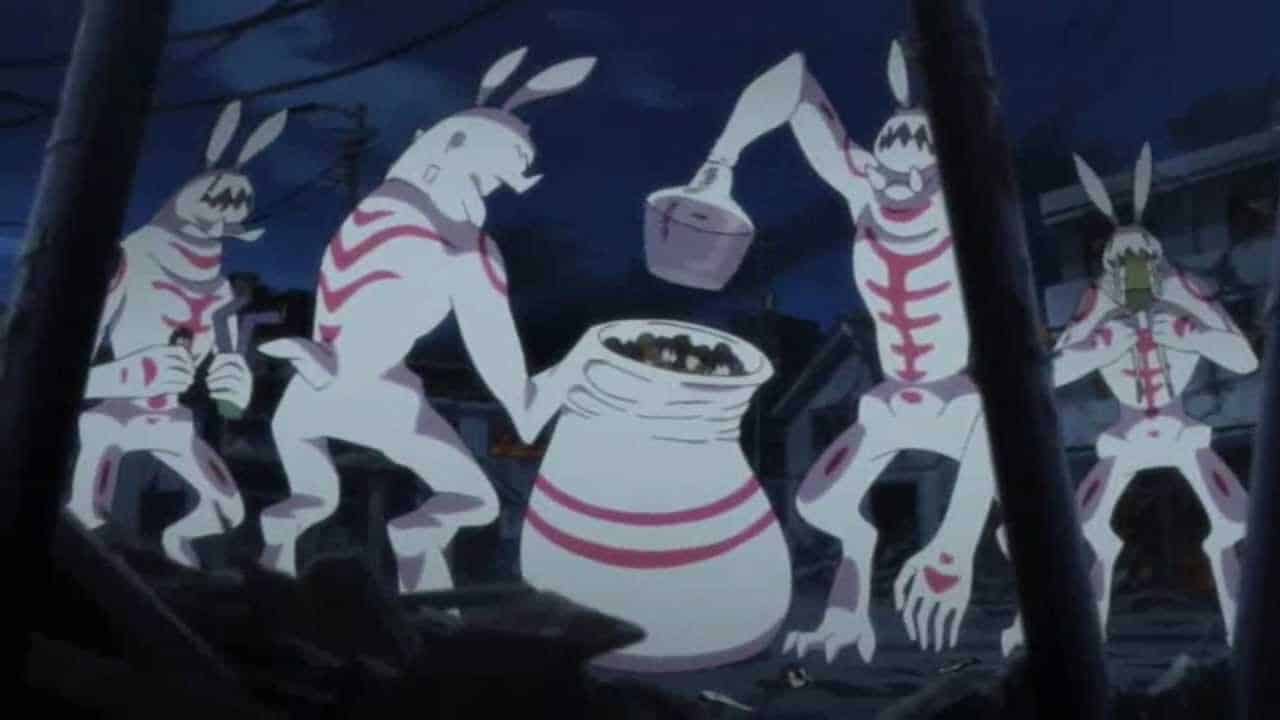 Looking at cover art/google images for this show really doesn’t do it justice. If you want a good taste of this show before watching it yourself, you should definitely search up the bunny scene. If you’re ready to drown in blood, enjoy the the ride!

This is probably the most popular anime on this list. I placed it high up in the list because I’m sure many have already seen it, but for those who haven’t, Another is a pretty good story about a haunted school and the mystery surrounding this “curse” or thing that is causing bad things to happen to the class.

Whether you have seen this anime or not, most people have seen the famous umbrella scene…

This anime shines with it’s soundtrack and memorable death moments. While some of the characters were not so memorable (in my opinion), there were some great standout moments in this anime that make it worth the watch. The ED video above has a very emotional soundtrack and when watching this anime, I made sure to watch the ED every time as it hit me with sad feelings. 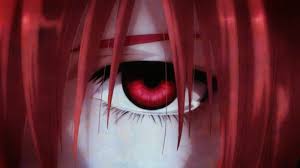 An absolutely fantastic all around anime. Some might argue that it’s more of a really messed up action anime than an horror anime in the traditional sense of dealing with demons, vampires, ghosts, or spirits, and it doesn’t really have much or any “scary” themes that we might expect from a typical horror anime but it does have one thing going for it and that’s a totally messed up story-line and set of characters. The story itself is pretty horrific and that’s why I have included it in this list.

More than anything, this anime should leave you incredible depressed and sad after experiencing the horrific lives of the characters and outcomes of the story. It’s an anime I will never forget and sits close in my heart. If you have the emotional stamina to make it through this show, you should come out the other end permanently scarred. I wish you the best of luck!

P.S. if you like Evangelion, you should really enjoy this show! 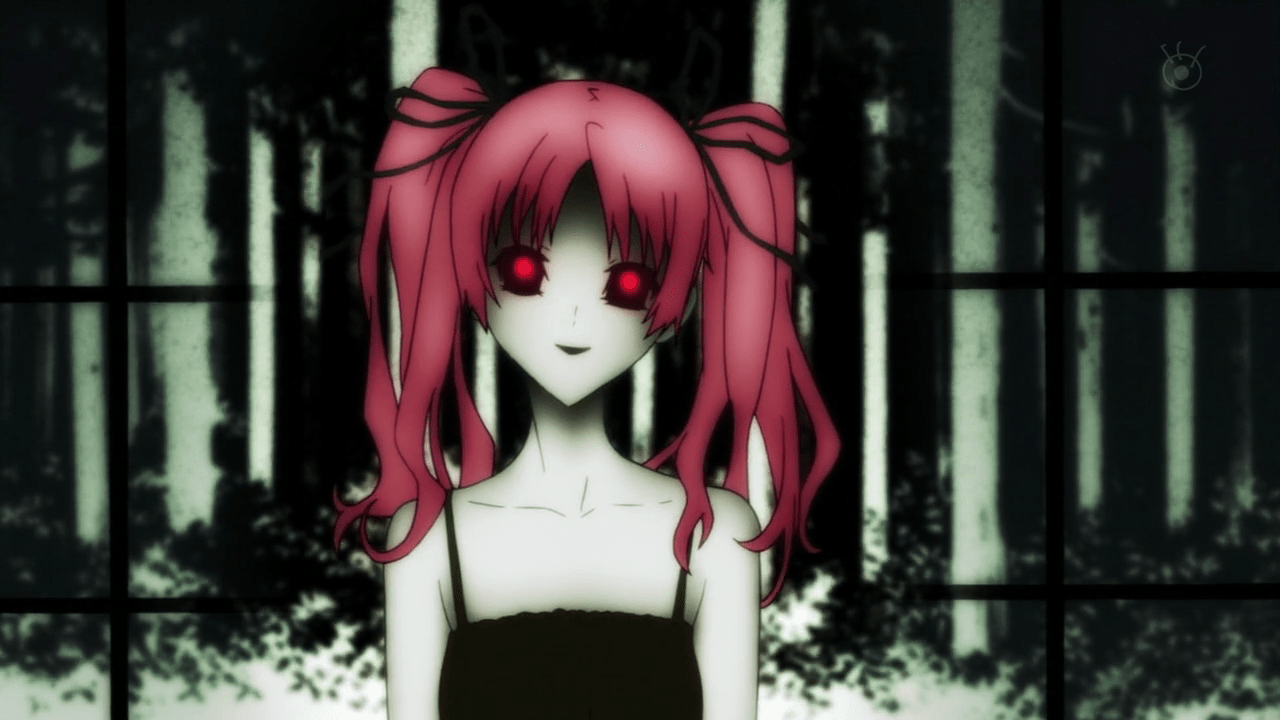 Like any good “outbreak” story, Shiki is riddled with mystery, suspense, betrayal and action. The storytelling does a great job of giving the viewer small, useful tidbits of information without spilling the whole can of beans at once. Something about the eyes, the music, the atmosphere and the sound design really give me the chills in some scenes. I have a lot of respect for this show and the viewers, so I can’t discuss much or even what the “outbreak” even is.

Enjoy the suspense, the mystery, and the clues the show gives you to really make you think while you’re watching, I think most people would really like this!

In my opinion, this is the greatest anime on this list (And one of my most favorite anime of all time!) What makes this anime a little unique from the rest is that it is a hybrid combination of both a horror/action anime with the typical school guy/harem elements. The show can be funny and cute when it needs to be as well as being sad, serious, and down right creepy when the time is right! There’s some memorable cute moments in this show and there’s also plenty of memorable scary scenes that gave this show the reputation it deserved. 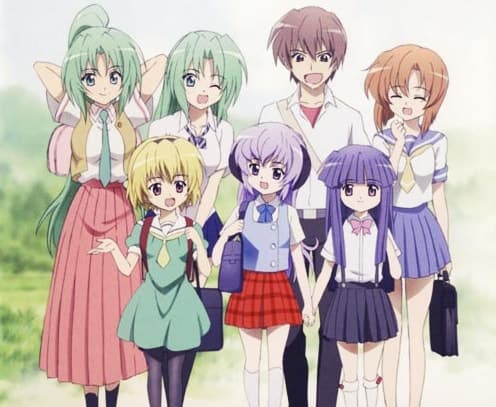 There’s only so much I can talk about with a show like this since there’s literally plot twists after the first episode! But if you are able to watch about 24 episodes of a really great and well written show, I’m sure it will both blow your mind and creep you out at the same time! If you haven’t already, you need to watch Higurashi!

If my overly enthusiastic praise of this show wasn’t enough to convince you that you need to put this on your “must watch” list, and if you must spoil yourself a little, here’s a snippet of the show: (*Spoilers obviously)

What did you think?

Have you watched them all already? If you have any other suggestions to add to this list, please feel free to leave a comment below!

Advertise with us
2646
likes / shares
FacebookTwitter