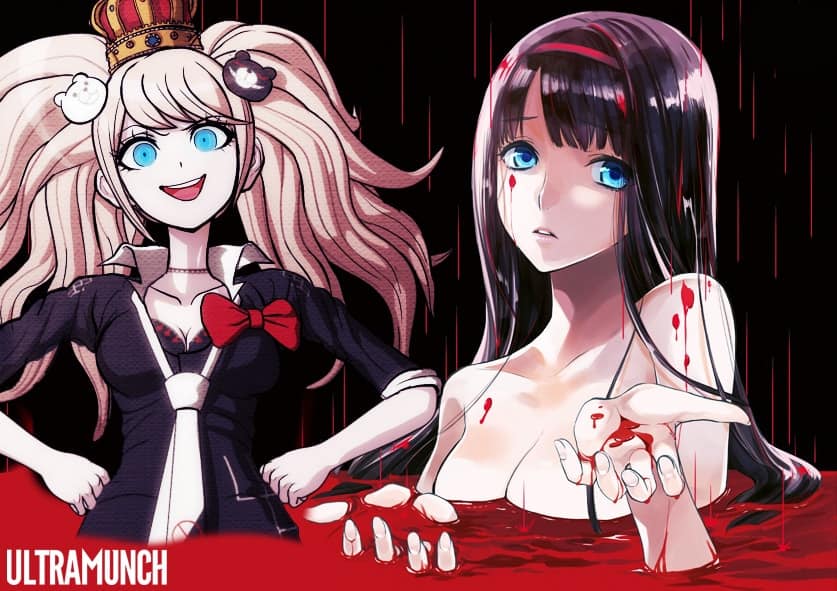 Are you craving for more adrenaline-pumping series? And you just can’t get enough of them this Halloween?! Worry no more, my fellow otakus and weabs because Ultramunch is here to give you top 10 bloody survival game anime and manga you should check out this Halloween season! 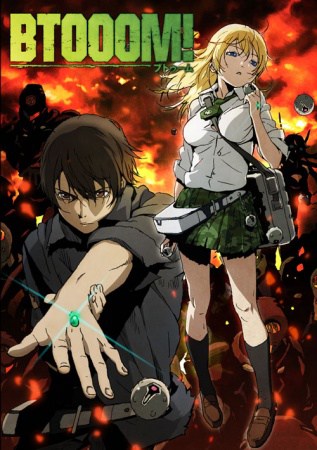 Ryouta Sakamoto, a good-for-nothing NEET and Japan’s top player of the world famous online video game “Btooom!”, lives a comfortable and meaningless life at home with his mother. But his easy going lifestyle is about to change after he is abducted and sent on a remote island with a small, green crystal embedded in his left hand.

Eventually, he learned that the game he spent thousands of hours of playing has been recreated here, risking the lives of everyone who was also sent in this island with him on an extreme survival game.

With several BIM’s at hand, which are recreated from the same bombs players equipped themselves in-game, each participant has to kill seven more participants and take their crystals in order to leave the island. Running for his life and struggling to endure this madness, he eventually meets a fellow Btooom! player, Himiko. To his surprise, she is his in-game wife and the afterwards, they work together to survive and slowly unveiling the truth on this insane game.

Get the blu ray here! 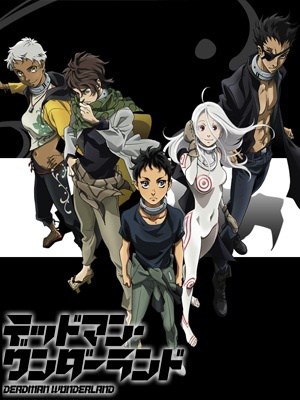 It is just another normal day for Ganta Igarashi and his classmates, talking about a certain prison amusement park, Deadman Wonderland. But that day turned into a bloody mess after the “Red Man” suddenly appeared killing everyone in his class except him for no apparent reason.

Days later, he was framed and unjustly prosecuted sending him on a death sentence. And his nightmare just started when he realized that he will be detained on the same “amusement park” he and his classmates were talking about.

Deadman Wonderland is a one of a kind amusement park with hundreds of prisoners performing deadly acts and games for the sick amusement of their audience. And our young protagonist has to fight against all odds dealing with his fellow inmates the hard way and living on a constant fear of dying anytime, only slowed by winning series of high risk death games. Will he able to clear his name and take revenge? Or will he die a meaningless death similar to a slaughtered livestock? 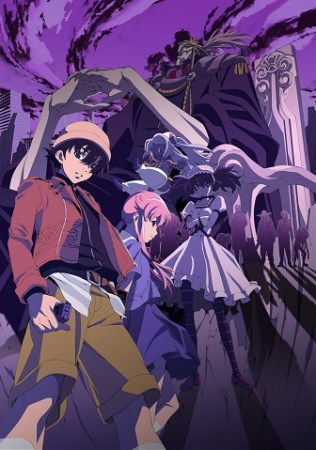 To the anime fans of this decade, it is quite a shame if you don’t know this survival game series that started the whole yandere craze, you are really missing something great. So you better include this one in your watchlist.

This is about a loner middle school student, Yukiteru Amano, who spends his day writing a diary on his cellphone. One day, he was granted with a Future Diary by Deus ex Machina, the god of time and space, giving him the ability to foresee the future ten minutes of his surroundings.

But to his surprised, his privilege comes with a price. He was forced to join the deadly battle royale with 11 more diary holders whose winner will become the next god of time and space. And what’s worse for our coward MC? Losing all options for survival, he has to team up with his stalker, Yuno Gasai, whose sanity and background is questionable and at the same time pursuing the unrequited love she has for our protagonist.

7. Danganronpa: Kibou no Gakuen to Zetsubou no Koukousei 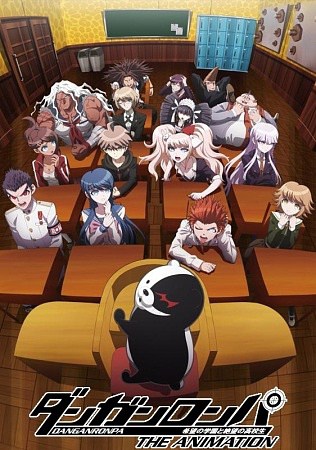 This is one of the best anime adaptations for a game and definitely you shouldn’t miss this one!

This is about Naegi Makoto, a freshman recently admitted on Hope’s Peak Academy, an elite high school. But he and his fellow classmates have to kiss their most awaited normal high school life good bye after they woke up and found themselves trapped inside the school.

And what’s more bewildering is in order to “graduate”, one of them should successfully murder one of their peers without being discovered. But, if the killer is caught after a class trial, the murderer will be executed on the spot. This vicious cycle of kill or be killed will continue until a single victor remains. 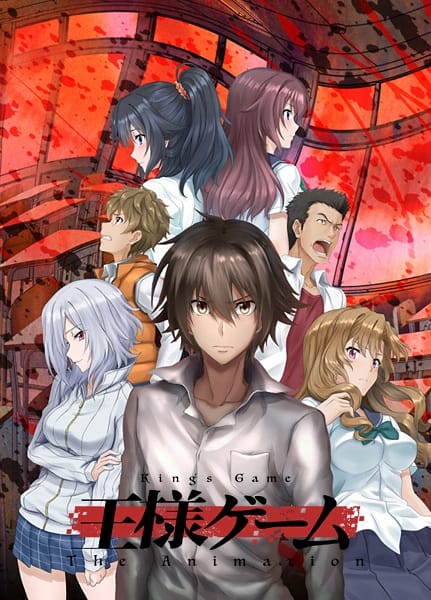 This anime is currently airing this Fall 2017. And so far, one of the underdogs because of how poor it was executed based on majority of the audience’s opinion for its first episodes, having two Ousama Games mashed up together instead of one. But trust me, give the manga a shot and it’s worth your time. It also has a live-action adaptation that was produced on 2011.

The anime adaptation of this series is about Nobuaki Kanazawa, a high school transfer student who distances himself from his new classmates, shutting himself from everyone.

Eventually, he begins to open himself up and befriends his colleagues. But when he is about to turn a new leaf, the dreaded emails from the “King” started to appear.

With the renewed chill of terror, Nobuaki had to play the deadly King’s Game that cost his previous classmates lives again. Will he able to stop the “King’s Game” this time for good? Or will this be another bloodbath like the previous ones?

5. Kamisama no Iutoori (As the Gods Will)

This one is a fairly popular survival game manga that it is even filmed for a live action movie. And for a live action, it is great and I suggest that you go check this one out! No regrets watching it and it’s a “fun and thrilling” ride. 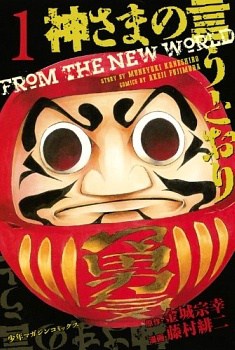 Shun Takahata sees his high school life as normal and boring as it was. But everything turned into a bloody mess after his teacher’s head exploded in the middle of the class and a daruma hopped on the desk starting a deadly game session. With neither choice left nor any idea why this bizarre turn of events is happening, he and his classmates have to win or they will meet a morbid and gruesome fate. 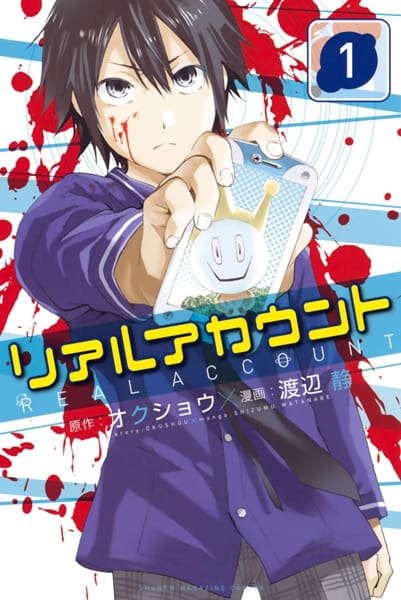 In the near future, Real Account rise in popularity and became the best social networking site in Japan. Enjoying their online privileges gaining and acceptance from complete strangers, the lives of thousands Real Account users are about to change after they got themselves inside a cybernetic world. And here comes the worst, losing either the games or all the followers equate to death itself. 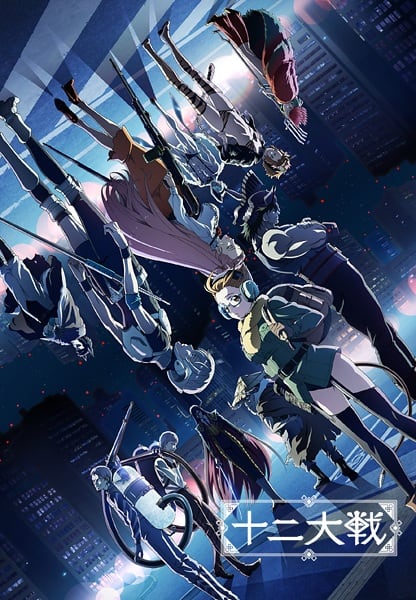 Like Ousama Game, Juuni Taisen is currently on air this season. And so far, I can say that this is the edgy version of the Fate Series.

12 warriors bearing the names of the animals of the Chinese Zodiac have to face each other on a deadly game of survival that is being held every 12 years. Each one of them has to outwit and kill one another and become the lone victor for the sake of granting a single wish. 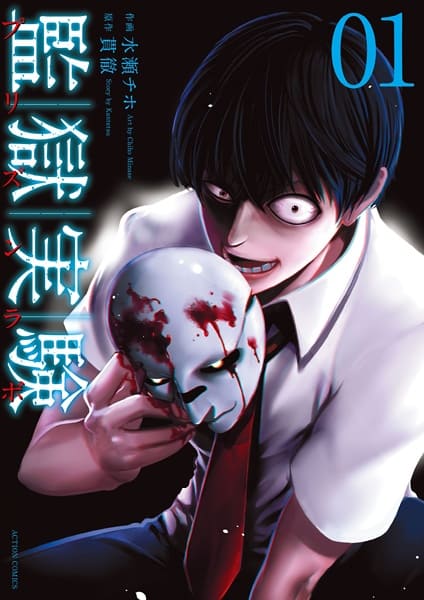 With all of the edgy series we have presented to you this time, let’s add another manga series for this edge fest! Aito Eyama has his high school days plagued by constant bullying, being taunted and beaten every single day. But everything is about to change after he receive an invitation for the “Captivity Game”, where he is allowed to nominate a single person as his “partner”.

Aya Kirishima, the ringleader of his sufferings, is abducted and thrown on an isolated cell as his “partner” for the “Captivity Game”. The rule is simple, she just have to guess who is her captor is and she gonna win both her freedom and a huge lump of money within a month. If not, her captor will get all the booty. But that’s not all.

Aito is protected from any obligation to the law under the rules of the game and he is allowed to torture his partner as long as he doesn’t kill her. In turn, this awakens his sadistic side administering the “divine punishment” from everything he experienced. This turns into a silent battle of endurance, survival, and sanity as both the captor and the hostage fell on the bottomless pit of despair and hatred.

This manga series is adapted from a novel and also one of the classics when it comes to the survival game genre that it even spawned a live-action film. It is widely praised and criticized that it is even condemned by the National Diet at that time. Though almost a couple of decades have passed, I suggest giving this series a try and enjoy a messed up thrill. 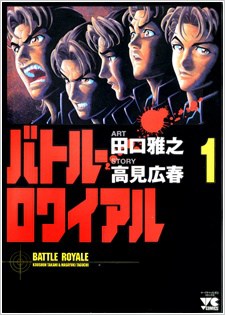 This series is about Shuuya Nanahara and his classmates who are unwillingly quarantined on an isolated island for game of life and death known as “The Program”. In order to gain the right to leave the accursed island, they gave to kill one another until only one of them is standing. Everyone is now on each other’s throat, kill or be killed. Meanwhile, our protagonist is trying his best to avoid being tainted by this madness and win this game without getting his hands stained by blood.

Get the Blu-Ray for Battle Royale here!

That’s all folks! I hope you survive the “boredom” of Halloween with these survival game series!

Advertise with us
1917
likes / shares
FacebookTwitter

Top 15 Anime That Aren’t For Kids