The anime has previously announced some cast and staff in its first trailer that began streaming in July.

For the staff, Reiko Nagasawa is the character designer and he also serves as one of the chief animation directors alongside Toshiyuki Kanno. The art director is by e-caesar, and Ayako Suenaga is the color key artist. Hideki Ono is directing the 3D CG animation. Kashiko Kimura is editing. Fumiyuki Go is directing the sound. 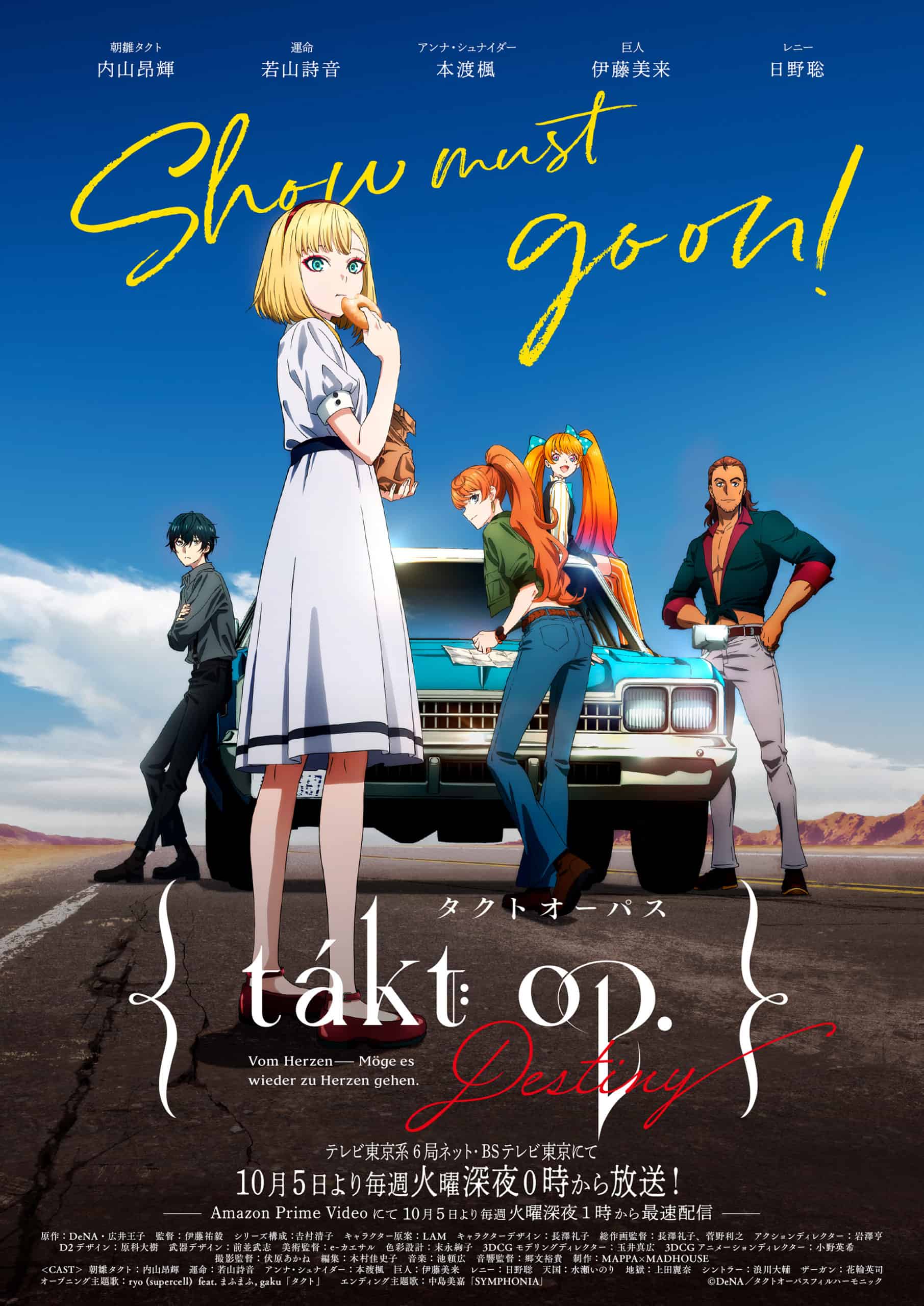 The anime takes place in America in the year 2047, which has fallen to ruin thanks to the D2. Takt, a Conductor, is partnered with a Musicart named Destiny. Takt yearns for music to be returned to the world, and Destiny wishes to destroy the D2. Their aim is to travel to New York.

In the story of the anime, one day, a black meteorite fell on the world, and the world completely changed. The meteorite produced grotesque monsters called D2, which started running rampant. D2 very quickly banned all music, which was the one thing able to overcome them. But there were some people who resisted the D2. They are young women who hold the power of music, the “Musicart.” These young women hold “scores” that are able to defeat the monsters. And there are also people who lead these women, the Conductor.

This original anime from Mappa and Madhouse is unique and it is one to watch out for when it premieres.