Sword Art Online is one of anime’s biggest Isekai franchises and it can be said to have revolutionized the genre. During the Sword Art Online talk show event at Aniplex Online Fest 2021, a new poster was revealed for the movie and the opening date for the movie in Japan was also disclosed. 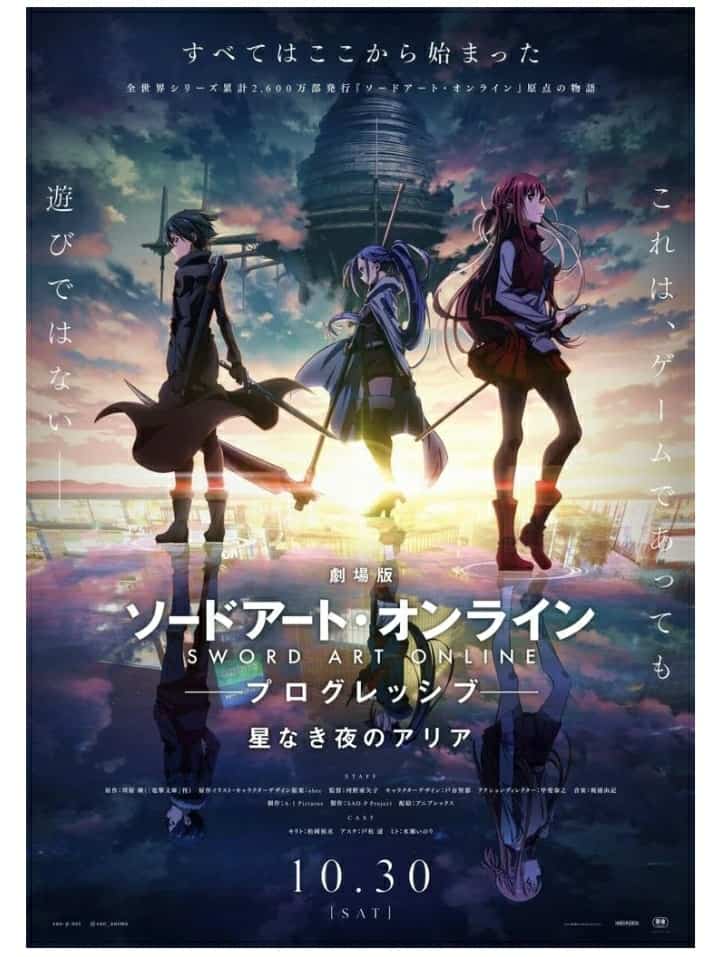 The upcoming Sword Art Online film is titled Sword Art Online Progressive: Aria of a Starless Night. The anime film will open in Japan on October 30. The franchise’s Twitter account stated that more information regarding the U.S. release will be coming soon.

Fans of the series have been longing to see Kirito and Asuna again and it seems it will not be long before these characters grace our screens again. The upcoming anime film, Sword Art Online Progressive: Aria of the Starless Night, hopes to tell a new side of a very familiar story – the Aincrad arc. Aria of a Starless Night is written by Sword Art Online creator, Reki Kawahara.

Participating theaters throughout Japan will begin selling the second batch of MoviTicke Cards bundled with an A4-sized clear file folder (both featuring the above visual). Additionally, fans can instead buy the first-ever “MoviTicke Digital Cards” that each serves as a digital voucher, good for one admission to a screening.

The plot focuses on Kirito’s floor-by-floor journey through the floating Aincrad castle from the beginning. The upcoming movie will even tell the story from Asuna’s perspective.

The movie will be directed by Ayako Kōno (High School Fleet, The Seven Deadly Sins the Movie: Prisoners of the Sky) in what will be her first primary directorial role at A-1 Pictures. Kento Toya (Sword Art Online: Alicization – War of Underworld, The Seven Deadly Sins: Revival of The Commandments) is designing the characters. Yuki Kajiura is returning to compose the music. 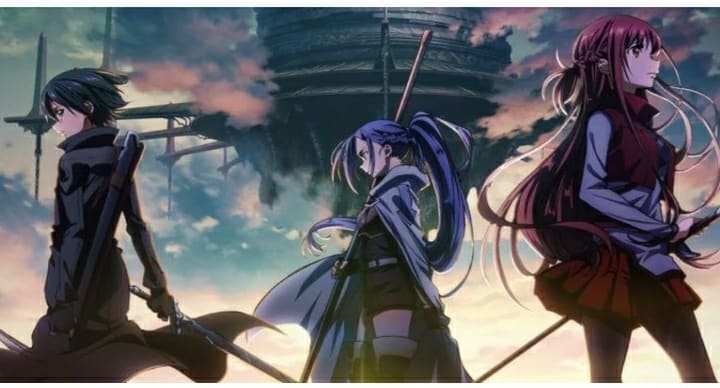 The original light novel by Kawahara debuted in 2009. It has since been followed by a series of light novels, three seasons of a TV anime, an anime film, games, and other media.

What do you think of the upcoming movie? Are you an SAO fanatic? If so- or even if you’re not- be sure to join our Discord server and follow us on Facebook and Twitter!

Advertise with us
280
likes / shares
FacebookTwitter