After years of fans demand, Sora from the Kingdom Hearts series has been unveiled as the final fighter for Super Smash Bros. Ultimate.

Game director Masahiro Sakurai showed off Sora during the final Smash Presentation in the early hours of October 5. The Keyblade wielder joins the roster as the 82nd character and will be available on October 18.

Power of the Keyblade

Sora is a lightweight and floaty character with huge jumps and a high recovery distance. He’s an aerial fighter who can pull together long combos midair, but because of this floaty nature, he can easily be launched out of the ring. Sora’s combos are cancellable, so players can do a short combo midair, land, and then continue the assault on the ground in a smooth motion.

There are a ton of references to Kingdom Hearts within his move set, costumes, and stages. Sora’s neutral special move cycles through his three main spells: Firaga, Thundaga, and Blizzaga, while his other moves are familiar attacks from the series: Sonic Blade, Aerial Sweep, and Counterattack.

All of Sora’s costumes are based on the different outfits he wears over the series. In addition to the Kingdom Hearts 1 look, Sora has his KH 2 and KH 3 outfits as well. Smash Ultimate even includes nice nods to the Drive Forms from Kingdom Hearts 2 by having costumes based on Valor, Wisdom, and Ultimate Form.

His fifth costume is taken straight from the Timeless River level in the second game, making Sora look like an old Disney cartoon.

Sora’s stage is called Rising Falls and is based on the Hollow Bastion level from the first game. When time is running out or stocks are low, the level changes to Dive to the Heart, which are the inner voids players encounter when they start at Kingdom Hearts. In the background, players can see the different platforms based on other KH characters like Roxas, Terra, and Aqua.

I TOLD YOU THEY WERE CUTTING DONALD AND GOOFY OUT 😂🤣 pic.twitter.com/kuJsb3ijkd

Die Hard’s John McClane is Being Added to “Warzone”

Something funny that I noticed is there is no mention of anything Disney whatsoever. If you look at Sora’s platform in the Dive to the Heart stage, Goofy and Donald Duck are absent. They’ve been replaced with a Papou fruit and a raft. The only Disney reference in the game is the Mickey Mouse head on Sora’s Keyblade. 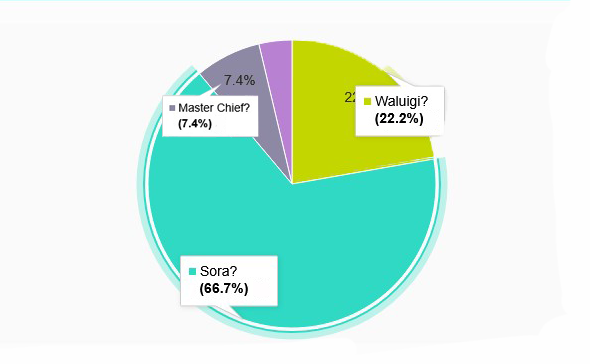 My prediction of Crash Bandicoot was totally wrong, and I’m happy that I’m wrong. I’ve always thought that Sora would be a great entry, but would never make it because of weird and confusing copyright laws preventing it from happening. Plus, Disney wouldn’t want their character in another game, because of some weird arbitrary reason. But thankfully, that didn’t happen.

This is also a bittersweet moment because this marks the end of an era. Smash Ultimate is done, and we don’t know if and when the next game will be. Regardless, Masahiro Sakurai and his team are truly one of a kind.