It has been announced that the TV anime, Shoot! Goal to the Future, will be broadcast on TOKYO MX, TV Shizuoka, BS Fuji, AT-X, and others from July. At the same time, the teaser PV was released and the cast and staff were announced.

Shoot! Goal to the Future is a sequel to Tsukasa Ooshima’s Shoot! The franchise is back with a brand new protagonist, however, it promises to maintain the same vibe that made fans fall in love with the original series.

At the beginning of the PV, the words, “Do you like soccer?”, are projected, and Kubo, who was once the captain of the Kakegawa High School Soccer Club, attacks the opponent’s camp with a splendid ball handling. Along with Kubo’s words, “Kamiya, ask …”, the current appearance of Kamiya, who inherited Kubo’s will, is projected. In addition, Tsuji’s voice, which coldly said, “Soccer, whether a shot is decided or not, is that much,” and a figure that takes a strong shot are included.

Shoot! Goal to the Future is a completely original new animation based on Shoot!, which depicts the transformation of the Kakegawa High School Soccer Club into the strongest team to win the national championship.

Hideo Tsuji will serve as the pessimistic main character who will receive the equally cold Atsushi Kamiya as his coach. The duo needs to find common ground soon to win the upcoming tournaments. Shoot! Goal to the Future anime will be released in July 2022. The franchise is returning with a new installment after 28 years.

The director is Noriyuki Nakamura, the character design is Yukiko Akiyama, and the series composition is Mitsutaka Hirota.

Since Crunchyroll is credited for the anime’s planning, you can expect the anime to be streamed worldwide. Shoot! is a soccer-themed manga, written and illustrated by Tsukasa Ooshima. It was serialized from 1990-2003 in Kodansha’s Weekly Shonen Magazine. 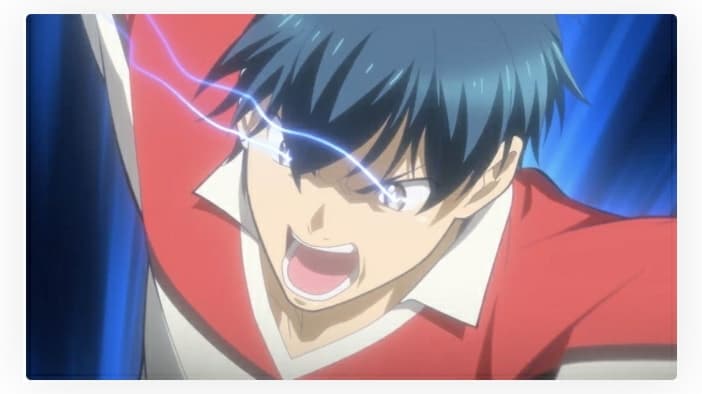 Would you watch this anime?