In May, it was revealed that an original anime production titled Shikizakura was on its way from Chukyo TV and studio Sublimation. The premiere date was stated to be in October.

The official YouTube channel for the science fiction anime battle series has now begun streaming the second full promotional video for the anime. 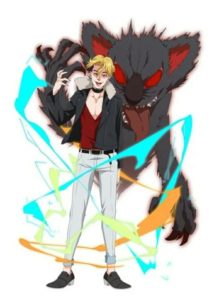 Details on the production have previously been reported. Shin’ya Sugai is directing it and is listed as working on the character designs with producer Tomoyasu Nishimura. It’s set to be a combination of hand-drawn and 3D CG animation.

The recently released promo video previews the anime’s ending theme song “Shikizakura” by May’n. The opening theme song “Believe Myself” will be performed by Asuka.

With a series of announcements being made, it was stated that Mushimegane and Toshimitsu of the YouTuber group, Tokai On Air, are joining the cast. The Japanese cast includes: 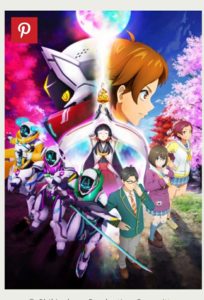 The first episode of the anime premiered on the Anime Expo Lite online event. It has now been officially confirmed that the anime will debut in October. The Sci-Fi battle anime is described thus:

In the place of Shikizakura (cherry trees), where autumn leaves and cherry blossoms are flourishing and where the human world intersects with the demon world, a ritual to save the human world is about to begin…

Kakeru Miwa, a high school student, gets involved in a battle between powered suits and oni that emerge from the demon world to prey on people. Onis manifest themselves in this world by possessing humans. Only “Yoroi,” a powered suit that is a fusion of ancient secrets and cutting-edge technology, can protect people from onis. Kakeru puts on a Yoroi by chance and becomes a semi-official member of a team that fights against onis.

Determined to become a hero, Kakeru battles Onis to protect Ouka Myojin, the shrine maiden destined to save the world. In the season of Shikizakura, in midst of autumn leaves and a flurry of cherry petals, Ouka performs a dance as a shrine maiden. At the place where the past and the future, this world and the alien world, people’s thoughts and hopes all meet, a tale of heroic action-adventure begins!

When this anime debuts, we will get to see battles that combine ancient secrets with the latest technology… what are your thoughts about this anime?

Advertise with us
277
likes / shares
FacebookTwitter