The new Shaman King anime made an announcement through a promotional video streamed on the series’ official website. The video previews the anime’s opening theme song, “Soul salvation”, by Megumi Hayashibara and also reveals two new cast members and the April 1 premiere date for the anime.

Among the updates given, we now know that the anime will bring back Yui Horie to repeat her job as X-Laws pioneer, Jeanne, from the 2001 anime, and has given Yūichi Nakamura a role as X-Laws second-in-order, Marco.

Shaman King debuted in Shueisha‘s Weekly Shonen Jump magazine in 1998. The series abruptly ended in 2004, although a reprinting of the manga revealed a “true ending” in 2009.

Viz Media published 32 volumes of the original Shaman King manga from 2003 to 2011 but it no longer holds the license to the manga. Shueisha originally held the rights to the manga in Japan.

The release date has finally been confirmed in that the anime will premiere on April 1 at 5:55 pm on the TV Tokyo, TV Osaka, TV Aichi, TV Setouchi, TV Hokkaido, and TVQ Broadcasting Kyushu channels. It will also run on the BS TV Tokyo channel.

The new anime series will adapt everything from the start to the end of the new 35 volumes complete edition manga that will begin publishing in Japan in June. The original manga, which the original TV anime adaptation was based on, had 32 volumes and it was published by Viz Media after making its debut on the Weekly Shonen Jump in 1998. 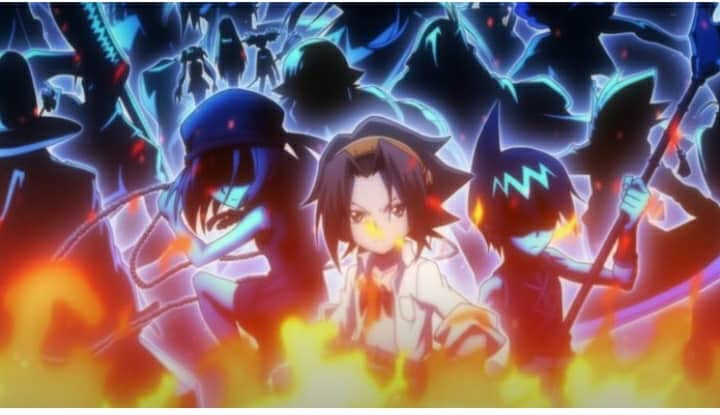 Who Has a Part in This Remake?

Megumi Hayashibara, who performed two opening as well as two ending theme songs for the original 2001 anime, will once again perform the anime’s opening song, “Soul salvation”, and ending theme song, “Boku no Yubisaki” (My Fingertip).

What do you think of the trailer?

Advertise with us
288
likes / shares
FacebookTwitter