Sberbank has operations in several European nations, primarily post-Soviet countries. As of 2014, it was the largest bank in Russia and Eastern Europe, and the third-largest in Europe, ranked 60th in the world and first in central and Eastern Europe in The Banker’s Top 1000 World Banks ranking.

It’s great to see more of the world is opening up to anime and weeb culture. Russian artist Rikani created these designs. 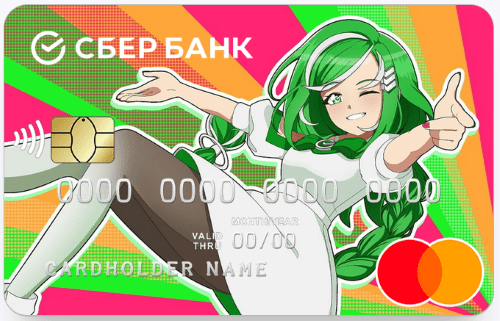 The bank’s website presents six options with SberTyan. The card can be a Visa or MasterCard payment system. An individual design costs 500 rubles.

You can order a card on the bank’s website.