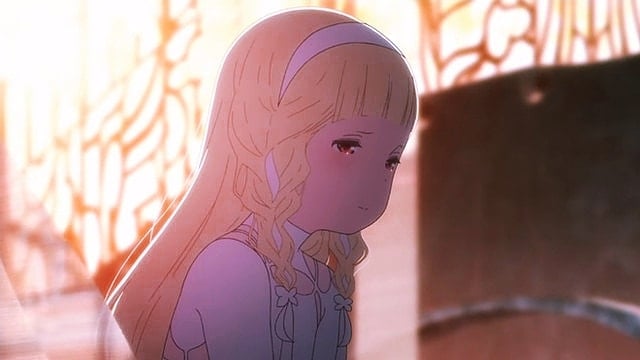 The full title is actually, “Sayonara no Asa ni Yakusoku no Hana wo Kazarou” which translates to Let’s Decorate the Promised Flowers in the Farewell Morning, is looking to be one of the more anticipated anime movies coming soon! This is also Mari Okada’s first time directing an anime movie! (Mari Okada is a female screenwriter for many anime including Toradora! and Black Rock Shooter.)

The Japanese release will be February 24, 2018. So far, there is no word on an international release but we may likely see a CrunchyRoll digital stream release shortly after. 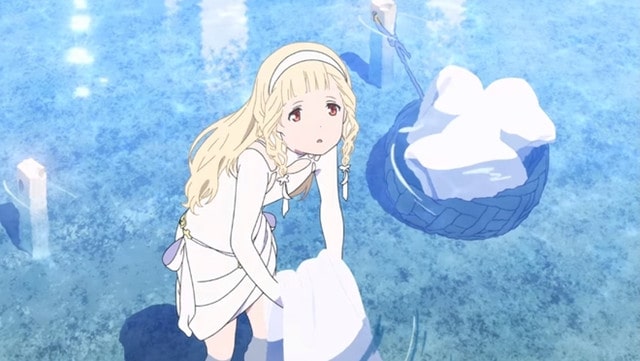 So far, we do not have any leads on the plot. The MyAnimeList page and Wikipedia page currently (as of 7/22/17) do not contain any information we can work with.

Because we have such little information to work off of, the following analysis is merely speculation based on the trailer.

The overall presentation of this trailer is very similar to how Violet Evergarden first unveiled their project trailer, in that the trailer flashes us many bits of information rather quickly, blows us away with an incredible display of animation power, and is accompanied by a soundtrack that gives us a sense of adventure and emotion.

The world of this movie seems to be a very important part of this story, as it’s not exactly a typical fantasy setting. We can see right from the trailer what looks like the main kingdom of the movie. 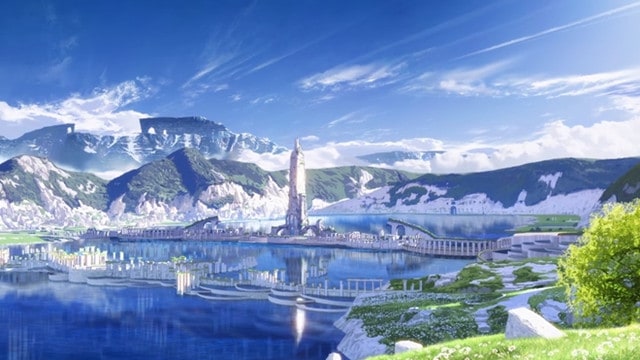 A city built as a bridge upon the water’s surface. The white tower in the center, most likely where the royal family or ruling elders live. Though, looking closely at this “city” we don’t actually see many building around it, rather it seems to be surrounded by various pillars and aqueducts. So perhaps it isn’t necessarily a “kingdom” but rather it looks like everything or whoever is living here, must be living inside the tower.

The reason, the second theory might be more accurate is also due to the fact that there are not very many people shown in the trailer besides the main girl. 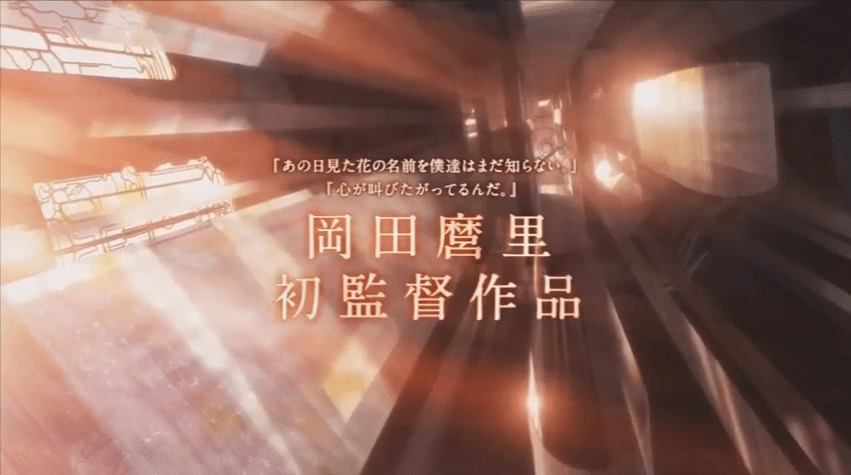 If this is indeed the interior of the tower, then it certainly doesn’t hold much room for a royal family. Perhaps the girl shown in the trailer and maybe a few other individuals (the narrator?) are the only few people who live in this tower. Why is this an important detail to distinguish? If the world of the story is like our second theory, where a lonely girl lives in some great tower, then we can expect the plot of the anime to be deeply character development based rather than story driven by outside forces. (But this is all based on a 30 second trailer!) 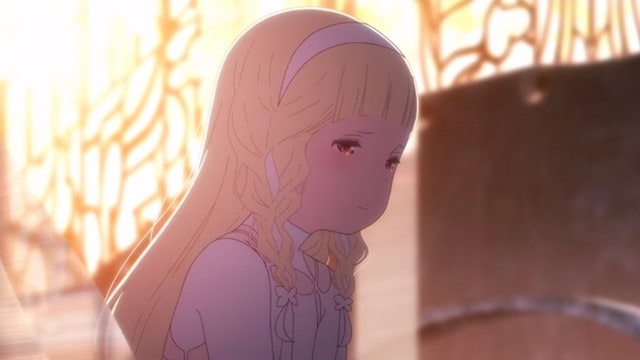 Our main character seems to be a cute, young girl who wears all white clothing and appears to live in this tower. Her occupation (based on all the scenes in the trailer) must be that of a clothing maker.

Perhaps this isolated location is somehow suitable for making pure white cloth? And our main character might suffer from some deep lonesomeness. 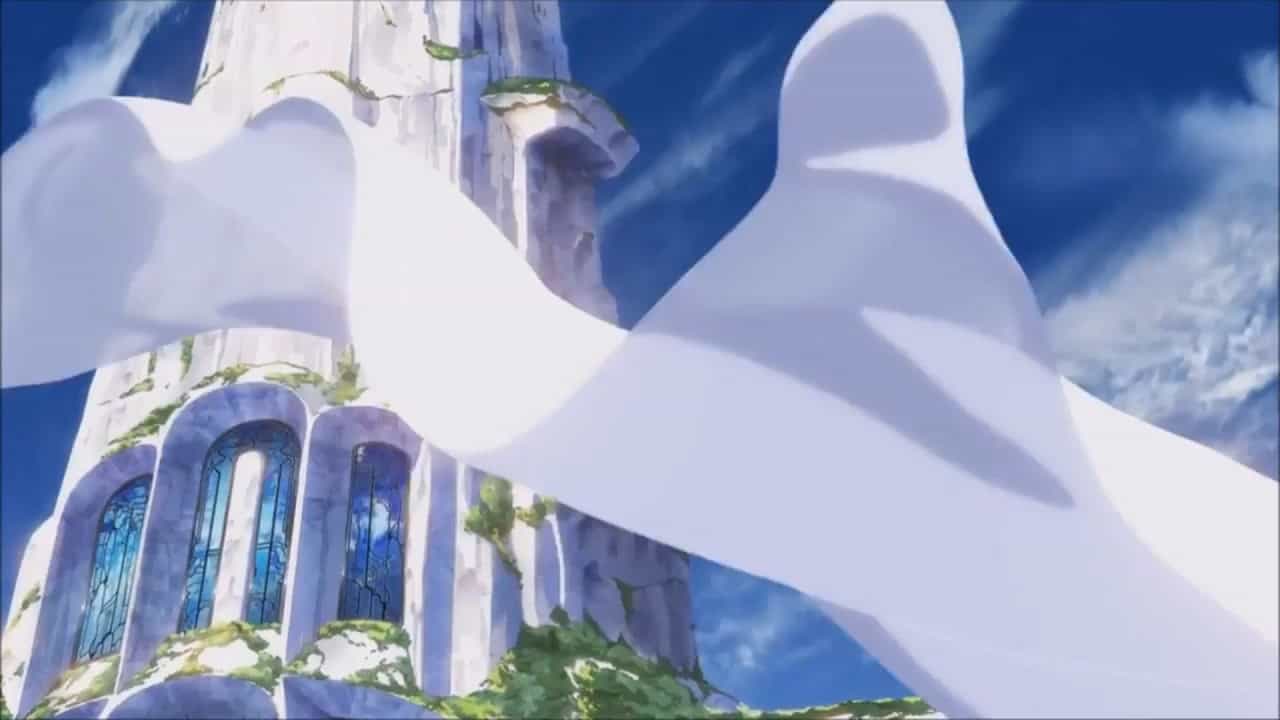 The composition of this shot, with the white cloth overlapping on the white tower makes it all too obvious that this tower and perhaps the girl’s ability to produce white cloth are related in a very significant way.

I don’t speak Japanese, so I have no idea what the narrator is saying. (I’m sure it would make it slightly easier…) 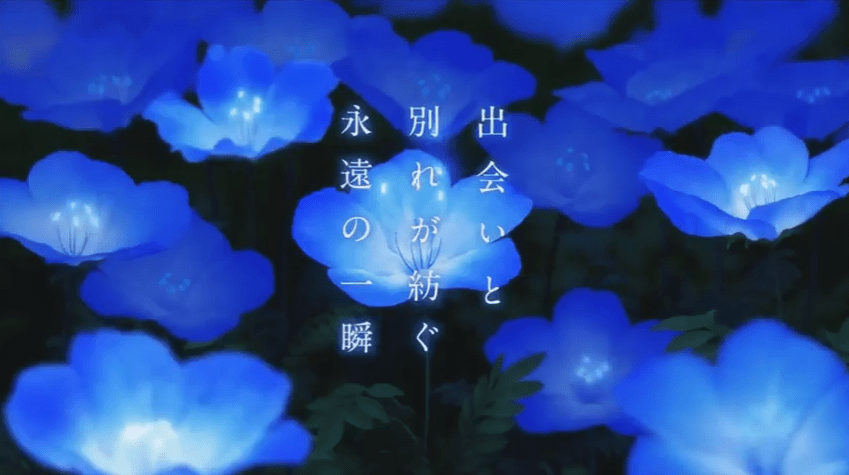 Let’s talk about those “promised flowers” for a moment, and the fact that at the very end of the trailer, she picks up a baby. What could this mean exactly? Possibly, the story is leading up to some kind of ceremony that the people of this land celebrate when the flowers bloom. The child bring born on the same day as this celebration, perhaps a sign of some royalty or prophesy?

Maybe we should just wait for the next trailer to come out before even trying to decipher the story. Even the Violet Evergarden trailer vastly differed from what the first episode of the show really gave us, so in all honest, this artistic style of showing beautiful imagery with little actual information may be part of a new trend in anime marketing. 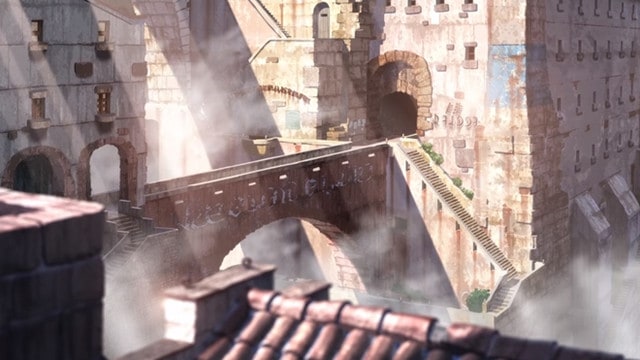 After all, it is extremely difficult to have negative judgement towards something that merely looks beautiful. When we start receiving details such as plot points or even just an overall story theme, that is when we usually begin to have judgments like, “this isn’t my type of show,” or something like that. This may be why there is such a big trend of showing mere beauty and mystery while omitting any significant facts. (Not just for the sake of “spoilers” but the lack of information itself makes it difficult to hate!)

A glimpse into other scenery from the studio. Official website here.

Did the marketing of this trailer catch your interest? Would you watch this movie when it comes out?

Leave your thoughts and story theories below!

Advertise with us
621
likes / shares
FacebookTwitter