Good news for Isekai fans, as the genre will be getting a new anime adaptation of Saikyo Onmyoji no Isekai Tenseiki soon.

Manga author Kiichi Kosuzu announced on their Twitter account that the Saikyō Onmyōji no Isekai Tenseiki (A Record of the Strongest Onmyōji’s Reincarnation to Another World) light novel series has an anime adaptation in the works. 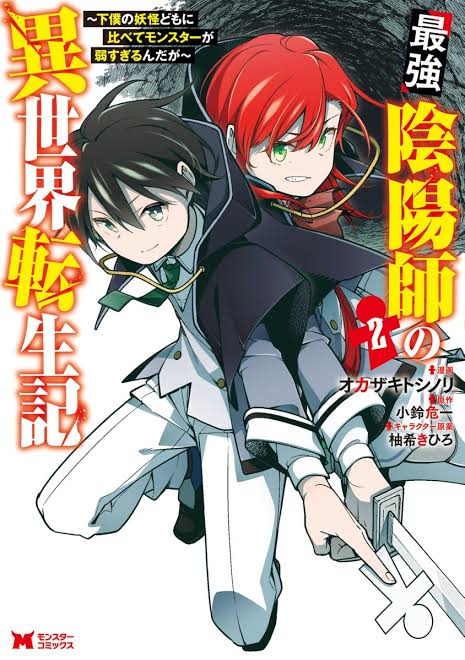 The anime adaptation was also announced by the wraparound band on the fourth volume of Toshinori Okazaki’s manga adaptation of Ichi Kosuzuki’s Saikyou Onmyouji no Isekai Tenseiki: Geboku no Youkai-domo ni Kurabete Monster ga Yowasugirunda ga (The Reincarnation of the Strongest Diviner: These Monsters Are Too Weak Compared to My Youkai) light novel.

The light novel series centers on an onmyōji who reincarnates to another world that has subpar magic.

Haruyoshi is the strongest onmyōji (diviner) in his world. He’s betrayed by his friends and, on the verge of death, he wishes to be happy in his next life. He then attempts a secret reincarnation spell. The spell is a success and he is reincarnated, but somehow it’s in another world. He is reborn into a distinguished family of wizards but is judged to have no magical ability. He soon realizes, however, that the magic in this world is nothing compared to his old onmyō arts, and he declares that he doesn’t need magic. He thus begins his easy life in another world with his onmyō arts and a multitude of yōkai creatures who follow him.

Kosuzuki began writing the adventure fantasy novel on the Shousetsuka ni Narou website in December 2018, and it is described as such:

Konosuba Will Be The Next Crunchyroll Movie Night

After the betrayal of his companions, Haruyoshi, the strongest diviner, was on the verge of dying. Hoping to be happy in the next life, he attempted the secret reincarnation technique and was sent to a different world!
Born into a family of magicians, the magic he didn’t inherit paled in comparison to his previous abilities as an onmyouji. “Who needs magic? I’ll survive in this world with my old techniques!”

Right now, there is little information regarding the production of the anime. Fans will have to wait to find out more but you’ll be the first to know when we unearth any new info.

Get informed on the latest news by becoming a member of our Discord, Facebook, and Twitter communities!

Advertise with us
91
likes / shares
FacebookTwitter