Genshin Impact‘s upcoming 4-star character, Rosaria, has already been teased in the previous storyline. There weren’t any leaks about Rosaria’s introduction in the game as a playable character within the next few weeks. However, character stats were data-mined from different sources by leakers.

Rosaria is a polearm-wielding 4-Star character who deals Cryo elemental damage in Genshin Impact. She will be known as a nun of the Church of Favonious. Rosaria will have a maximum base ATK of 240 and an ascension stat of 24% ATK bonus at level 90. 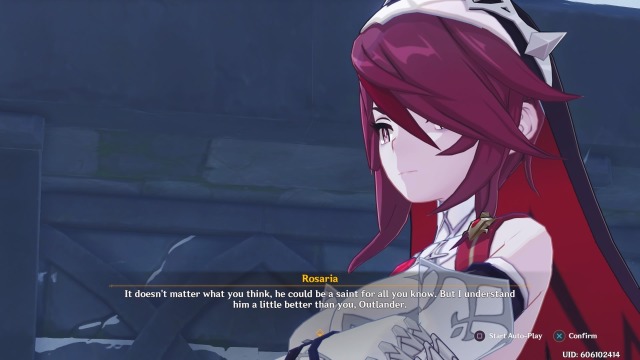 She performs up to five consecutive strikes with her polearm, inflicting ever-increasing physical damage with each strike. Her charged attack will cost 25 stamina for a forward rush, dealing damage to opponents on her path.

Rosaria has been datamined.

Check the full details including her constellations, abilities and talents here:https://t.co/ST4jfWrttN

Are you guys excited about this character?? Let us know and share this article with your friends!