A replica Nichirin Blade, based on Demon Slayer: Kimetsu No Yaiba‘s Flame Hashira Kyojuro Rengoku’s sword, is being made by PROPLICA. Fans of the Demon Slayer franchise can soon get their hands on the life-sized replica of the famous Nichirin blade. 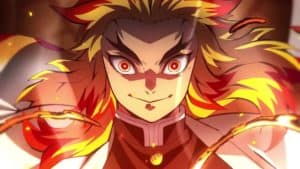 In November, there was news of Bandai and PROPLICA teaming up to make a life-sized replica of Kyojuro Rengoku’s katana.

Ample efforts were invested in making a replica that can match the original sword. Details, such as the flames’ different colors and shades, were supervised by official staff.

The Japanese characters for “slaying demons” are branded into the metal collar that stands between the blade and the handguard. The manufacturers (PROPLICA) took Kyojuro Rengoku’s height into consideration, ensuring that the Nichirin sword will be the same size as the one from the anime. The blade will be, approximately, 950mm long and sporting engravings from the anime. 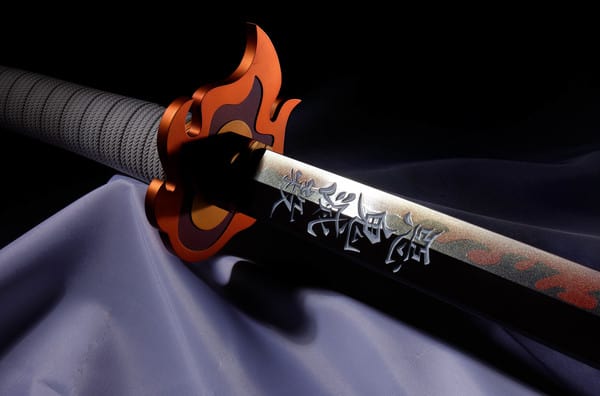 Just like the Tanjiro replica sword, Kyojuro Rengoku’s replica sword will come in two different modes. The “Demon Slayer Mode” will use Kyojuro quotes from Demon Slayer: Kimetsu no Yaiba the Movie: Mugen Train. The second mode is called “Umai (Delicious) Mode” and it will play recordings of Kyojuro saying, “Umai!” (“Good!”), from the movie. Both modes will include various sound effects of Kyojuro using “Flame Breathing” techniques from the film.

The 1:1 scale replica katana will be part of the same PROPLICA Demon Slayer Nichirin Blade series that included Tanjiro Kamado’s replica Nichirin Blade in October 2020. Fans of the franchise in Japan can pre-order Kyojuro Rengoku’s replica Nichirin Blade for 11,000 yen (~$106) starting 4pm JST on January 15, 2021. The replica Kyojuro katana is expected to ship in July 2021, however, orders have already begun streaming in to the Tamashii Web Shouten online storefront.

Advertise with us
155
likes / shares
FacebookTwitter