The studio and staff for the anime have not been revealed yet, but an announcement visual (below) is out. 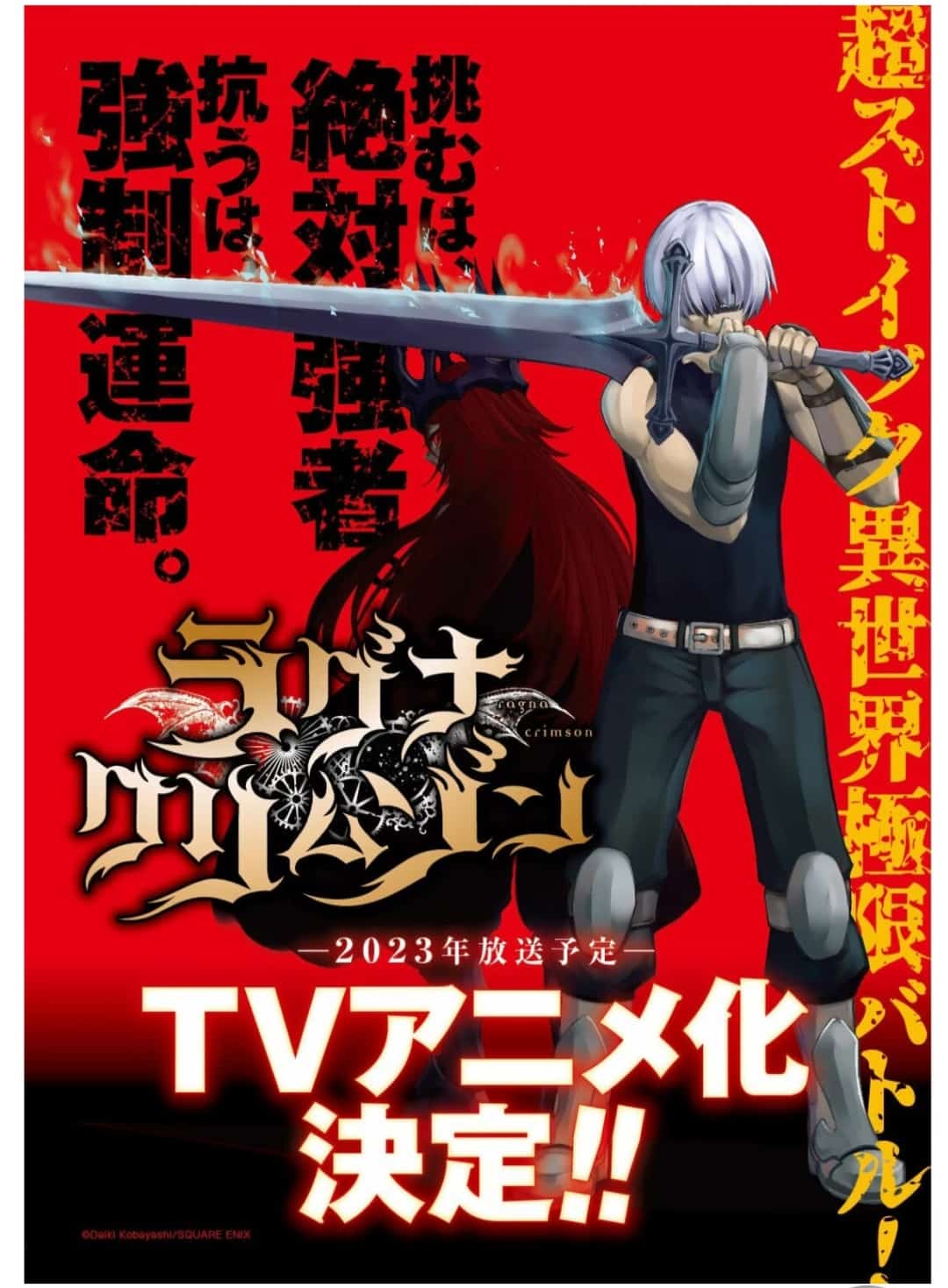 Square Enix announced in April 2021 that the manga was nearing its “final battle.”

Ragna Crimson is a dark fantasy manga written by Daiki Kobayashi and serialized in Square Enix’s Monthly Gangan Joker magazine. The series began serializing in March 2017 with nine volumes as of date. Square Enix Manga & Books is also publishing the manga in English with four volumes so far. Volumes 5 and 6 of the English version will release on April 12 and August 23, respectively.

Square Enix Manga & Books is publishing the manga in English, and it describes the story as follows:

Dragon hunters: warriors armed with special silver weapons who kill their prey for bounty. Lowest among their ranks is Ragna, who forms an improbable partnership with the young genius Leonica, a master dragon slayer with more kills to her name than almost any other. All Ragna wants is to stay by Leonica’s side, but his dream is shattered by an attack from the deadliest dragon imaginable…

In this action-packed dark fantasy, humanity lives under the threat of annihilation by immensely powerful dragons. The dragon hunter Ragna embarks on a revenge-fueled quest to eliminate that threat once and for all!

Advertise with us
151
likes / shares
FacebookTwitter