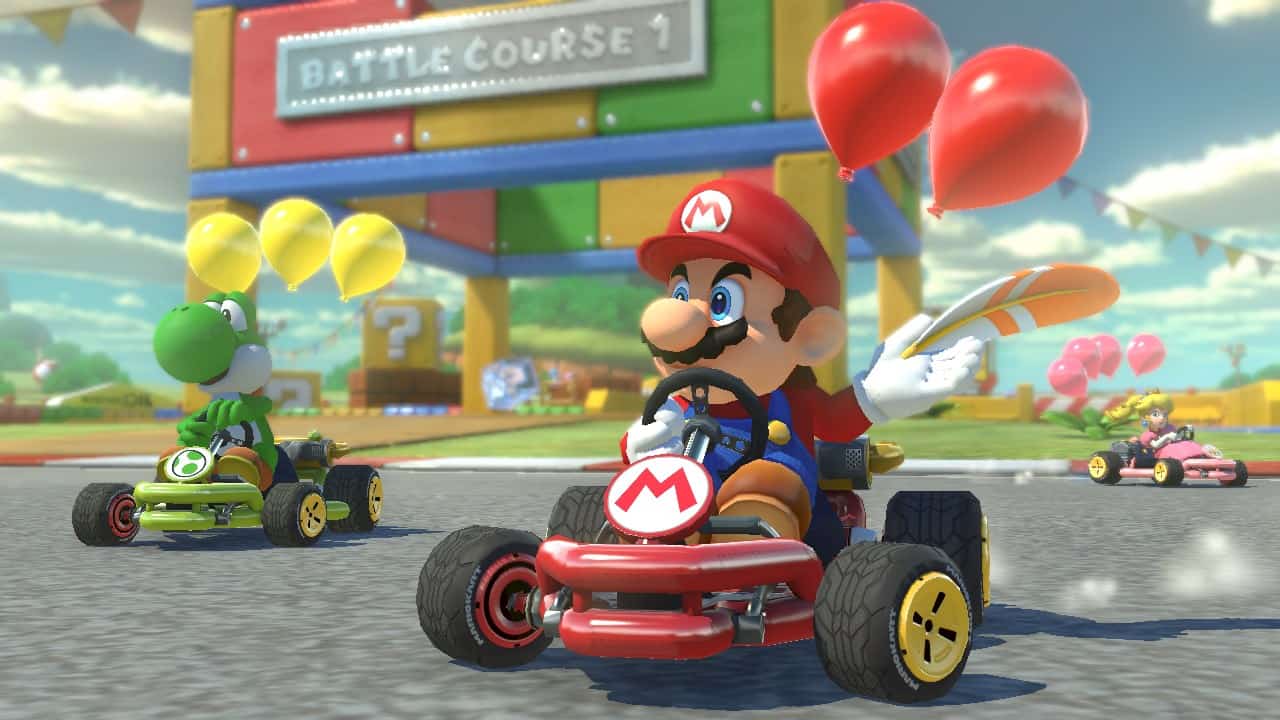 Since 1992, Mario and friends have been chucking shells at one another and competing for dominance along the racetrack. Super Mario Kart caught the world by storm and the series has been among the most popular driving games in gaming history. In just over a month’s time, however, players will be able to bring the race off-screen and into the comfort of their own homes.

During September 3rd’s Nintendo Direct event, which unveiled, among other titles, Super Mario 3D All-Stars, Nintendo additionally revealed Mario Kart Live: Home Circuit, a hybrid toy/video game that lets users pilot a remote-controlled kart with their Switches. Players will be able to set up courses in their homes using special gates as track markers. The cars and the course will then appear on the Switch in an augmented reality interface.

Local multiplayer will support up to four players but will also require multiple games, systems, and karts. A single-player option is also available, allowing players to race against digital Koopalings.

Nintendo is developing Home Circuit alongside Velan Studios, a New York-based independent developer whose team is known for mixing toys and games. Home Circuit will be the company’s first release.

“We invented the initial mixed reality hardware and game prototype to really nail the exhilaration of racing in the real world with the play and feel of a video game,” says CEO and co-founder, Karthik Bala. “We can’t wait to see the creative ways fans play when they race around their own creations as Mario and Luigi.”

Nintendo’s full description for the game reads: “Mario Kart Live: Home Circuit: Created in partnership with Velan Studios, Mario Kart Live: Home Circuit brings the fun of the Mario Kart series into the real world by using a Nintendo Switch or Nintendo Switch Lite** system to race against opponents using a physical Kart. The physical Kart responds to boosts in-game and in the real world, stops when hit with an item, and can be affected in different ways depending on the race. Players place gates to create a custom course layout in their home, where the only limit is their imagination. Race against Koopalings in Grand Prix, unlock a variety of course customizations and costumes for Mario or Luigi, and play with up to four players in local multiplayer mode.”

From battle games to party games, Nintendo is an expert at creating unforgettable experiences friends can bond over, whether playing with or against one another. Mario Kart is one of the earliest examples of Nintendo making a spin-off of one of their properties that becomes as popular as the original. The new components of a physical car and buildable track will add a realistic, hands-on dimension for players to constantly be experimenting with. This mixed-reality game will let players turn their living spaces into the ultimate playground.

Mario Kart Live: Home Circuit is expected to launch on October 16th, in both Mario and Luigi variants, for $99.99 each.

Advertise with us
21
likes / shares
FacebookTwitter