Bathe in Wine, Coffee, Sake, or Green Tea at This Onsen in Japan!

As if this world wasn’t weird enough already, the Japanese version of Player Unknown’s Battlegrounds Mobile (PUBG) is teaming up with The Melancholy of Haruhi Suzumiya for a limited-time campaign. 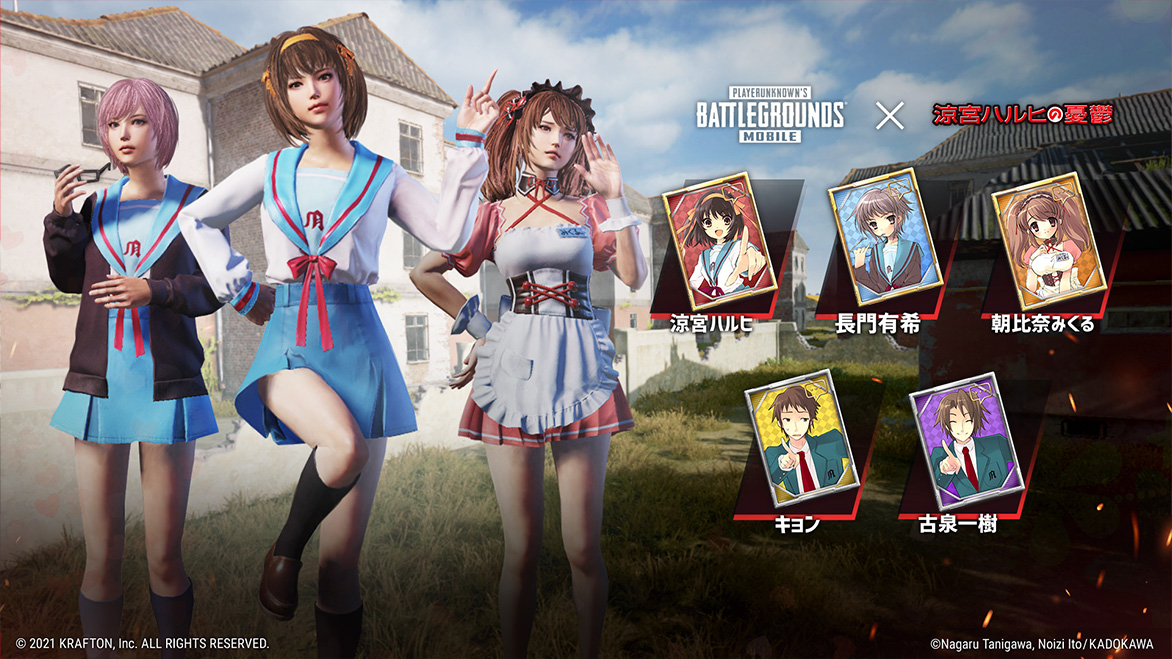 The collaboration begins on November 30 and will go on until Tuesday, December 21, and will be split into two separate phases. Players will also get costumes and hair based on Haruhi, Mikuru, and Yuki from the series as well as voice cards for the five SOS brigade members.

The voice cards are what make up phase 1. Players will be able to use the character’s famous lines in-game. Phase 2 is a direct challenge sent from Haruhi Suzumiya. If you play SQUAD in Classic mode during the event, you’ll get a loot crate with the chance to win items based on the collaboration. 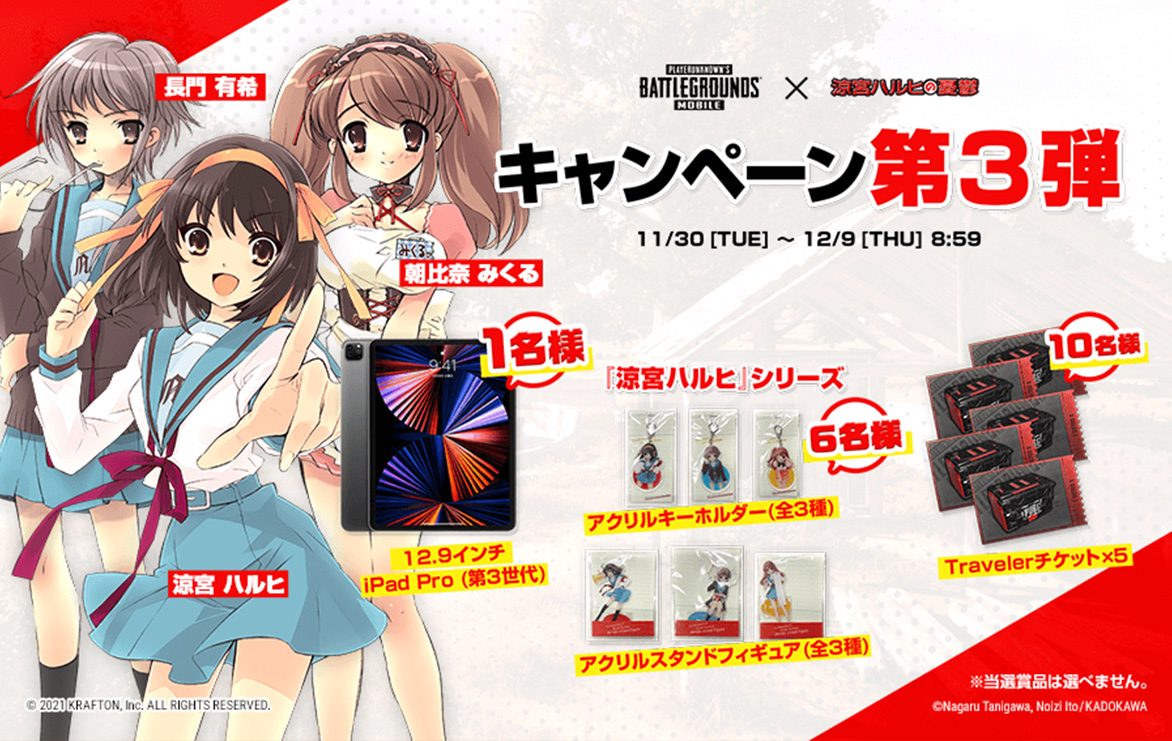 And alongside it, a Twitter campaign is being held where you win cool prizes with the top prize being a 13-inch third-generation iPad Pro. The prizes don’t stop there as players could win an autograph signed by the voice actors of the SOS Brigade. For each of the five members, five people will be chosen to receive this unique prize.

PUBG Mobile has kept its popular status ever since it came out. It lends itself well to collaborations with other franchises, even other anime. Back in September of this year, PUBG Mobile announced a collaboration with the popular anime series Jujutsu Kaisen, however, the release date is still a mystery. The year is almost over and we’ve yet to see the collab take place. Perhaps in 2022.

What did occur was the collaboration with the horror anime series Higurashi: When They Cry. This one took fans by complete surprise to the point where people wondered if this was even real. Higurashi doesn’t exactly lend itself well to a silly survival shooter like PUBG. It’s a pretty brutal series.

PUBG is also slated to have a collaboration with the series Sakura Wars, but apart from a quick trailer, we know absolutely nothing about it. No release date, nothing.

So far, it seems that this collab is strictly in Japan. There’s no news or any sort of indication that the Haruhi Suzumiya event is coming to other parts of the world, but if you have a Japanese account, you’re in luck.