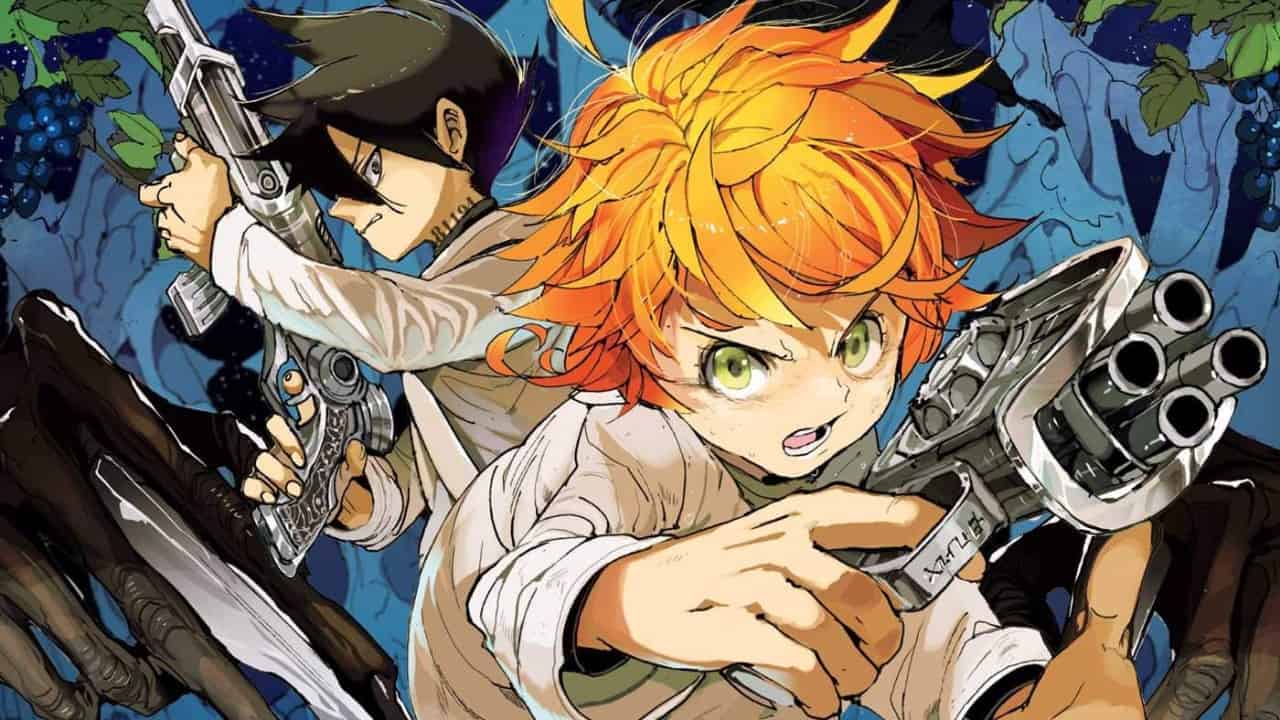 The popular shonen manga – The promised Neverland (Yakusoku no Nebarando) has finally come to an end. The manga finished its run of 181 chapters on June 14th, the manga with a plot that centers around kids and demons became so popular a few years back.

The final chapter (181) was posted on the Viz Media website while Shonen Jump took to Twitter to spread the word of the end of their beloved manga. The bitter sweet ending left a lot to be discussed and fans would need a bit of time to digest it all.

The manga comes to a conclusion in 20 Tankobon volumes which roughly translates to 4000 pages of a well developed story. Good news – The final chapter is available to read for free on Viz website.

The Promised Neverland manga written by Kaiu Shirai and illustrated by Posuka Demizu, the manga was serialized in 2016 in shueisha’s weekly Shonen Jump manga, and it received an anime adaptation in 2019 that garnered it more fans.

The story follows a group of orphans living in Grace Field House, they soon come to the realization of being just livestocks for demon consumption. Their escape from the orphanage and the aftermath of that decision covers the length of 181 chapters.

In chapter 180 Emma lied to the other kids about what she had to sacrifice to seal the new promise. The consequences of her promise with the demons means that she loses her memory of her family she loves, while also agreeing to not seeing them again….. thereafter she is taken to a cold and far away land. 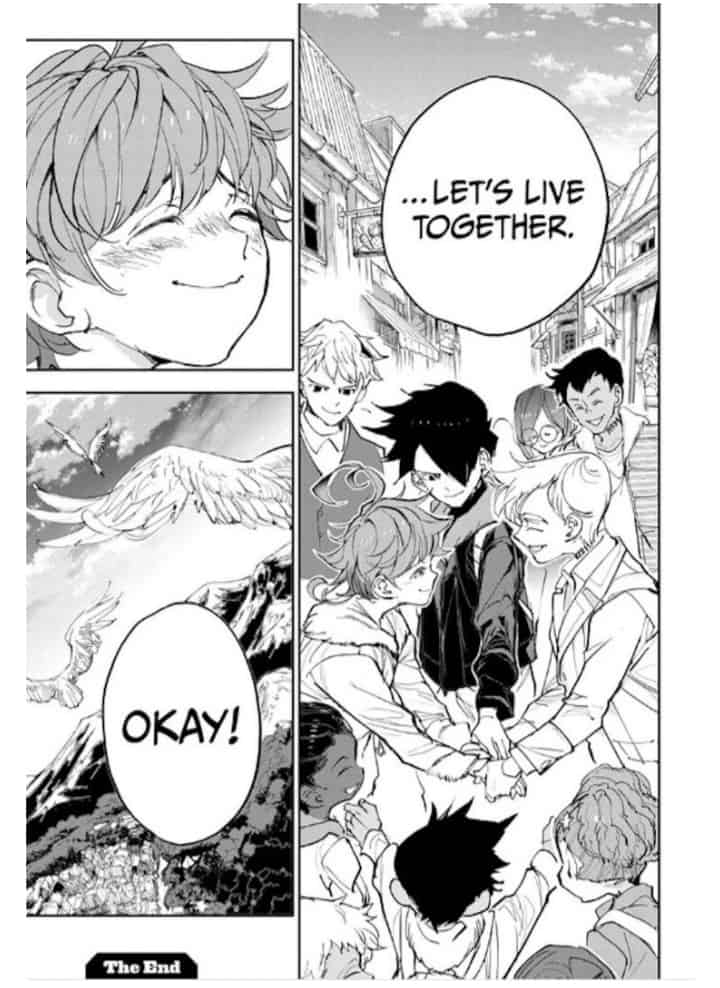 In the final chapter (181) we see Emma at 15, now without her memories living a quiet life with an old man in a snowy land. Norman and Ray encounter success in their desperate search for her, but she doesn’t recognize them….fans are however comforted with the fact that their favorite trio get together again.

THANK YOU, THE PROMISED NEVERLAND!!

I felt like the last chapter could've been more but I will be satisfied with what we are given.

the last chapter of the promised neverland got me crying so hard. 181 of tpn is so unfair c'mon why can't they be happy? Emma went through shitty times for years.. doing her best for her family. jeez is too much to ask for a moment of peace??? pic.twitter.com/79hZOoFMvS

Kaiu Shirai and @DemizuPosuka's The Promised Neverland was a fantastic. I was fairly new to @shonenjump when they still had the weekly magazine. This was one of my first manga's I was able to read when it started and follow until today's end. Great series! Thank u for this story pic.twitter.com/6KFMGwNTis

I wish the last chapter of The Promised Neverland was 54 pages cause that was too short lol.

It was a nice little ending and even though I’ve hated on it a lot, I’m still going to miss it. Didn’t end up as the manga I thought or wanted to be (comparing with the first arc) and pic.twitter.com/qUHOP2gNSi

The Promised Neverland manga was nominated in 2017 and 2018 for the manga Taisho awards, winning the Shogakukan manga awards in 2018. It has over 16 million copies in print.

The anime’s first season thrived, winning the Crunchyroll anime awards for Best Fantasy. It has also been listed among the best anime of the 2010s on several platforms. The 2nd season was however postponed due to the Covid-19 pandemic.

How do you feel about the manga coming to an end? Let us know down in the comments if you wished certain parts of the story should elaborate further!

Advertise with us
290
likes / shares
FacebookTwitter