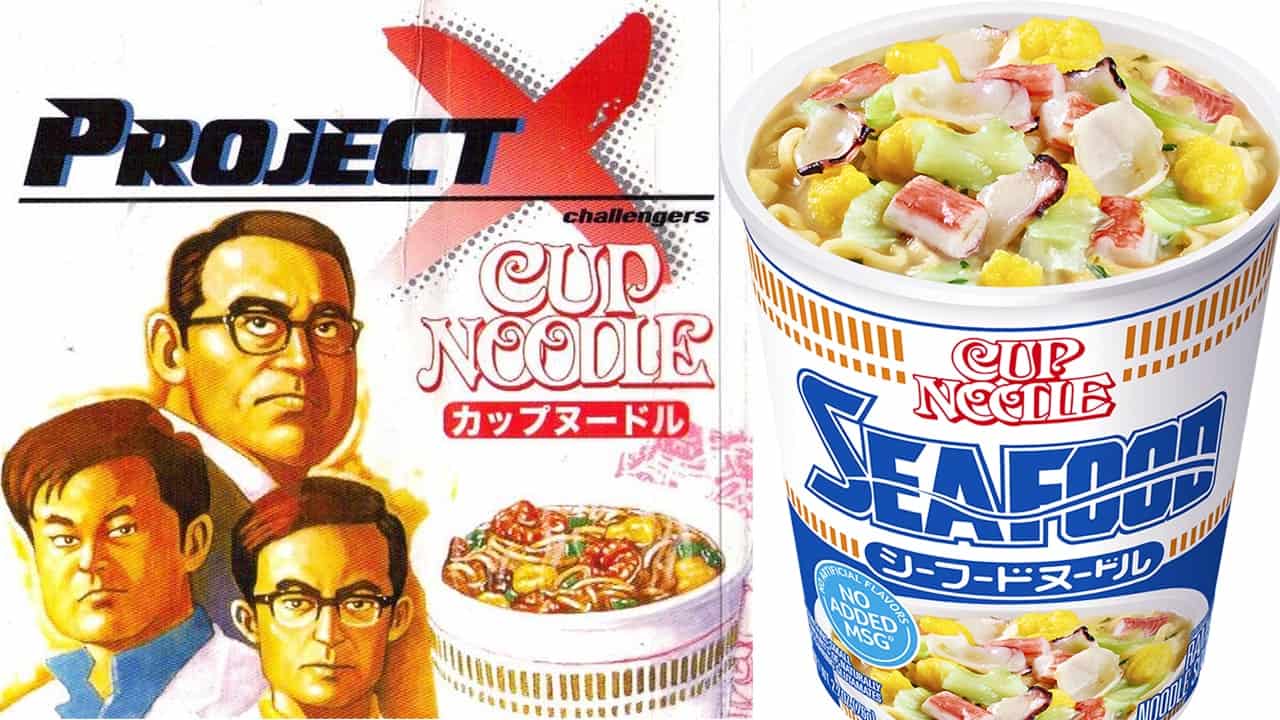 Or as it’s fully titled, Project X Challengers: Cup Noodle is a 10 chapter manga telling the story of Momofuko Andou and his employees’ development of the self-contained meal in a cup, Cup Noodle. But you’re smart, you probably guessed that from the name. What you may not have guessed is the potential this has to improve the world.

The more knowledge is available, and the more widely available it is, the more potential for improvement exists. Therefore it is the duty of those with knowledge to pass that knowledge forward. The modern challenge to this is that many people actively reject knowledge. It’s a strange phenomenon, but if some piece of knowledge contradicts what they already think they know, they may reject it entirely. Or they may reject knowledge that doesn’t come with a story. For many people a strictly functional explanation of something will be without value. They will have difficulty understanding the information without a story for context.

Project X: Cup Noodle is a perfect example of knowledge in a story. How do they make the noodle block sit in the middle of the cup? Why do they do that? Read the manga and you’ll know. The history of it, from concept to mass production, is absolutely fascinating. But not many people have read the manga. It’s hard to find online, and somehow print copies on Amazon can sell for upwards of $150 U.S. I can’t even link you to the one place online that I’ve found it, because of the legal grey-zone the site operates in.

This barrier to entry is, in my mind, unacceptable. It will be discussed in an upcoming article about issues in the anime/manga and wider visual media industry itself. It does however suggest to me a rather elegant solution to both problems; Netflix should make it.

Netflix has become the go-to example of the future of T.V. networks. In the last few years they’ve even produced their own content by way of contracting with various studios. Two fields in which they’ve excelled at this are historically realistic docudramas, and anime. Roman Empire is a well-made history-telling anthology that details the life stories of Roman Emperors.

The selection of Netflix Original Anime is even more impressive, despite the flak some series’ have been subjected to. Netflix contracts with a fair number of anime studios, so the animation styles and standards do vary, but that’s hardly Netflix’s fault. In particular, Kuromukuro is superb, and I hope for a Season 2 at some point.

If the historical story-telling of Roman Empire, and the anime quality of Kuromukuro were ever to be married, Project X: Cup Noodle is the perfect place to start. Assuming its’ success, it could start a multi-season series in which each season would tell the not-well-known story of some significant invention. The development of gunpowder for example. The original formula that turned out to be gunpowder was actually meant to be a medical tonic to extend life. Suffice it to say, it did not work in that role. But that story, and the development afterwards, would make for a very entertaining and informative series.