Being born in the Era of the Warring States and growing on the battlefield enabled him to survive and rise to the top of his clan’s leadership, making him all the more exceptional.

MADARA AS A PRODIGY

The strength of Madara Uchiha cannot be questioned. While he was still a kid, even before awakening his Sharingan, he had already sent a few adult Senju shinobis to their graves.

Realizing that the god of shinobi was Madara’s only rival, Hashirama Senju can vouch for his outrageous strength and skill. Even among the Uchihas famed for their battle prowess, Madara Uchiha was regarded as a genius– unmatched in his skills, battle strategy, Sharingan proficiency, and his large chakra reserve. 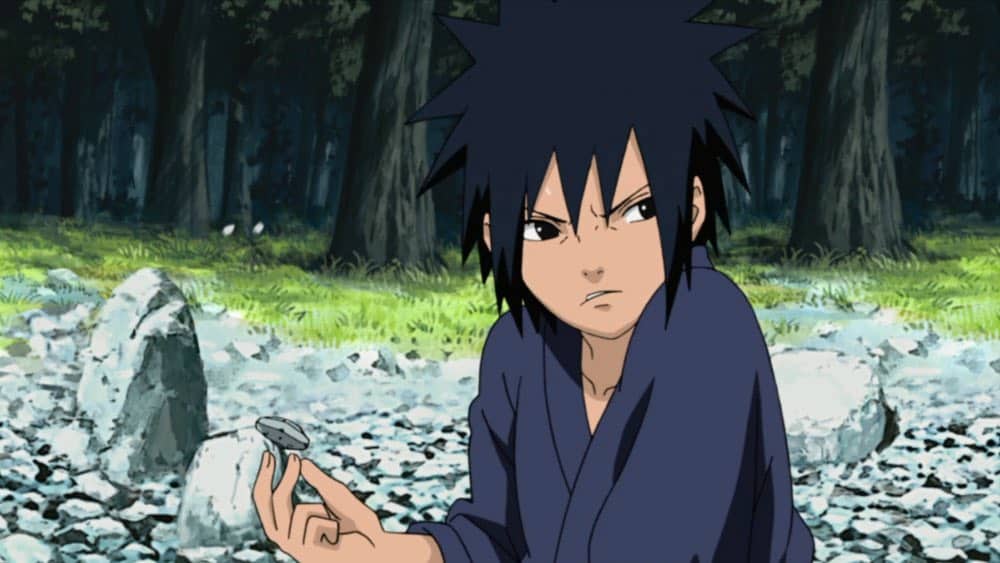 Madara Uchiha was more than a human being.

He was a human beast that even the nine-tailed beast feared. Madara had such a large chakra reserve that he could fight for a whole day against top-tier characters.

Both Tobirama and Kurama referred to his large chakra as ‘foul and evil’. Yet, Madara was not just a bully with superhuman brute strength. He also had the ability to plan ahead and strategize adequately.

Madara Uchiha was able to plan ahead in his last battle with Hashirama. He didn’t just deceive the god of shinobi. He fooled the entire shinobi world– faking his death with a pre-scheduled Izanagi.

His strategic genius is also exemplified in how he carefully orchestrated the death of Rin Nohara at the hands of Kakashi, in a bid to corrupt Obito and make the young Uchiha his pawn.

In another proof of his genius, Madara was the first shinobi to awaken the Mangekyou Sharingan alongside his brother, Izuna.

At this point in time, he was the strongest Uchiha and the leader of his clan. He displayed formidable strength in his battle against the god of shinobi, Hashirama.

Their battle was so intense that it lasted 24 hours. This show of strength further demonstrates how he has one of the largest chakra reserves and stamina in the entire series.

Madara is also the first shinobi, apart from the sage of six paths, known to tame the nine-tailed beast. He manipulated the creature as his puppet to fight Hashirama.

He became the first person to fuse the Kyubi with his perfect Susano’o. This goes to show just how refined his chakra control is and all this happened when he had the Eternal Mangekyou Sharingan. 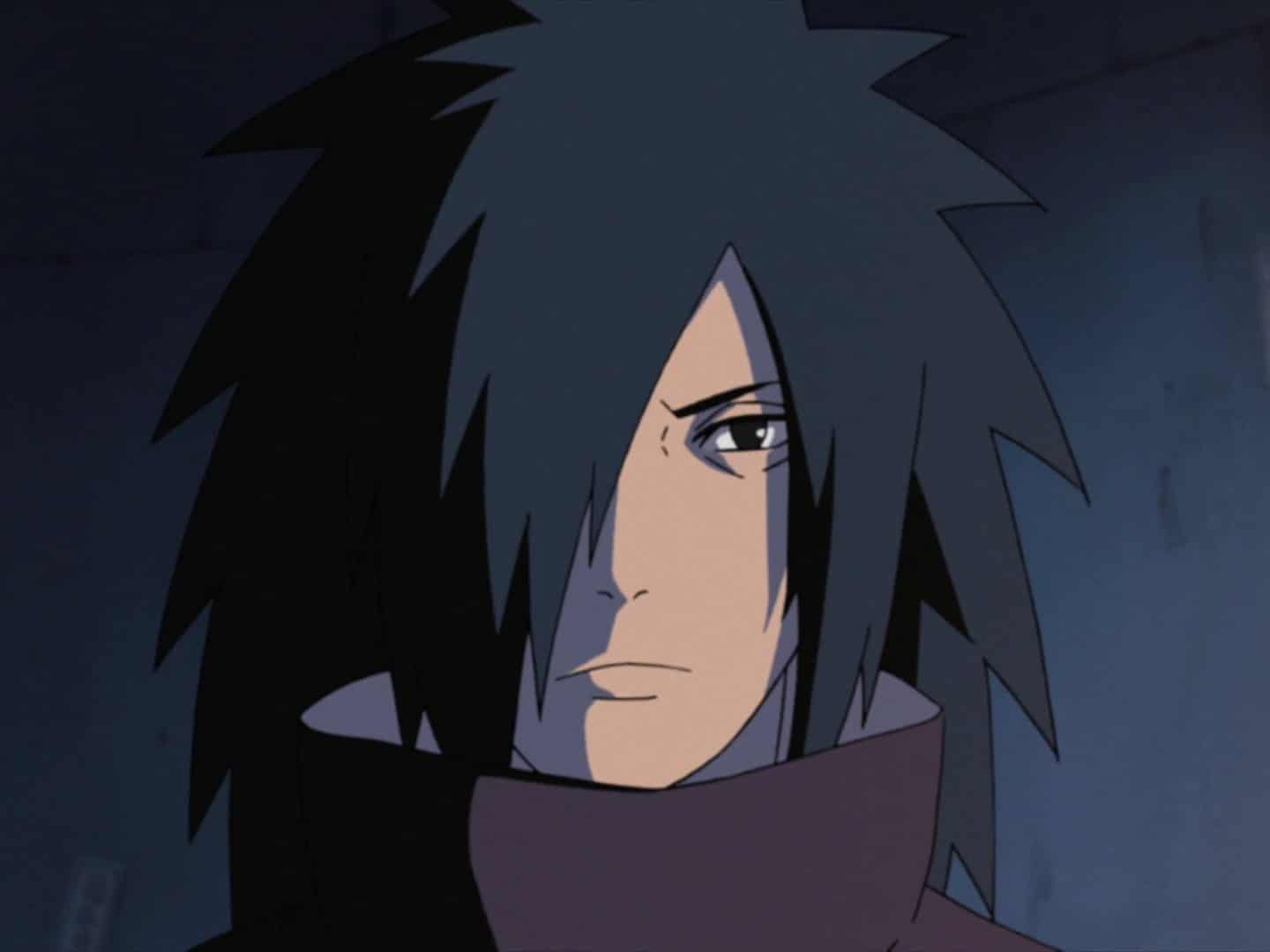 The legendary Uchiha was an elite shinobi in all forms. Ninjutsu, Genjutsu, and Taijutsu all came naturally to him as he was easily top tier in all of them.

Madara was also able to use all five basic nature transformations. His name alone sent a wave of terror around the shinobi world and in the same way, terrified the audience.

Tsunade, the fifth Hokage, said that Madara’s name alone was power. He is extremely skilled in Taijutsu, as we saw in his entrance into the war. He showcased his incredible Taijutsu skills against the fourth division, where he defeated hundreds of opponents with beautiful Taijutsu moves.

During his brawl with the five kages, he was able to place A —the fourth raikage— under Genjutsu with relative ease.

Amidst the chaos of the Fourth Great Shinobi War, it is noteworthy to point out that Madara was revived, thanks to a Zetsu-controlled Obito. Here, he became free of all Edo Tensei constraints and he became so strong that he fought toe-to-toe with the nine-tailed beasts while blind.

He fought his fellow-clansman, Sasuke, who he later killed. He countered the Flying Thunder God of Tobirama on multiple occasions.

His Sharingan proficiency was unmatched as he could differentiate between a clone and the original. He was also able to place targets under Genjutsu with brief eye contact.

Madara’s Eternal Mangekyo Sharingan gave him the complete Susano’o which he claimed was comparable in power to a tailed beast. It could withstand the ultra big ball Rasengan and an attack from A’s brute strength.

The complete Susano’o has the power to destroy mountains with just one attack and no one was said to have lived to see it a second time. 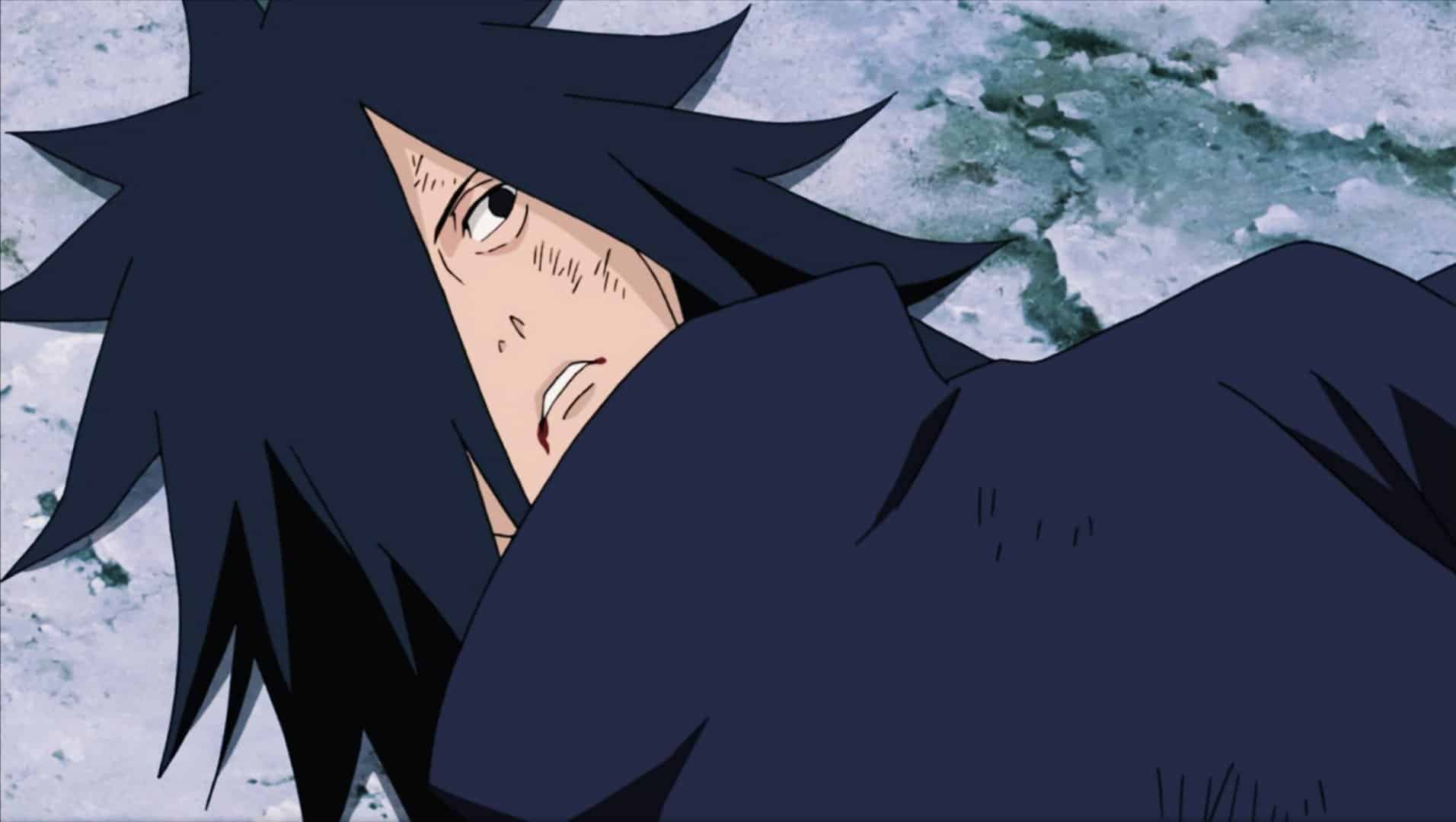 Madara became the ten tails Jinchuriki and assumed the six paths status. Here, he became so incredibly strong that he could counter and react to Kamui and flying thunder god from the fastest shinobi alive, Minato!

At this stage, he became so fast that the seven gates Guy couldn’t land a single blow on him. In fact, Guy confronting him with the blue vapor (seventh gate) made him feel insulted.

However, his six paths state actually proved to be flawed in some ways. He was vulnerable to sage attacks and also, he can be taken on by someone in the eighth gates, as is seen in his battle with Guy– against whom he could barely hold his ground. Subsequently, he declares Guy as the strongest opponent he has ever faced.

During his confrontation with Sasuke and Naruto, Madara shows his high level of intelligence by deciphering the abilities and secrets of Sasuke’s Rinne-Sharingan in a matter of minutes.

Additionally, he claims to be immortal and proves this by regenerating his waist down. He is able to regenerate half of his upper body that got destroyed by 8th gates guy.

He can uncover the ability of any dojutsu by merely looking at the wielder. This is shown with his performance of Kamui, having snatched Kakashi’s sharingan.

Madara was, ultimately, a god at this stage with no hope of being stopped. Having collected his second rinnegan, he became capable of using multiple limbo clones to combat Sasuke and Naruto, while simultaneously raining multiple Chibaku Tensei on the allied forces.

Madara ultimately achieved his century-old plan, Project Tsuki no Me. His victory was short-lived, thanks to the betrayal from Black Zetsu. And the rabbit goddess, Kaguya, possessed his body.

I’d like to mention that although he managed to decipher the Uchiha Stone Tablet, he read the wrong message, as Black Zetsu had already altered the contents of the tablet. Thus, it is safe to say that Madara never actually knew the true purpose of the Infinite Tsukuyomi.

Had he known, he wouldn’t have done it. Although immortal Madara eventually died, due to the fact that the Gedo Statue and tailed beasts were extracted from his body at the same time.

Wasn’t Madara defeated unfairly? Do you agree or disagree? Did I miss anything?