The world-famous Pokémon franchise has released its latest entry in the Pokétoon net anime shorts. The Pokémon company titled it “Yume no Tsubomi” (Dreaming Tsubomi).

This one has a modern animation style and is animated by the same studio that animated last year’s Pokémon: Twilight Wings short series.

On May 5, Children’s Day in Japan, the Pokémon international company debuted the “Hero ni Naritai Yanchamu” (Pancham Who Aspires to Be a Hero) net anime short.

The new Pokétoon, “Yume no Tsubomi” (Dreaming Tsubomi) tells the story of a young girl who dreams of following in her father’s footsteps and becoming a Pokémon Trainer who can compete at the highest levels of the Pokémon League.

To achieve her goal, she’ll first need a partner Pokémon at her side, but attaining one is no small task. This adorably wholesome adventure is full of twists and turns and has surprises in store through to the very end.

For now, this exciting Pokétoon series is only available to watch in Japanese and it doesn’t have subtitles. However, the story is quite simple and relatable for both old and young audiences without knowledge of the Japanese language. 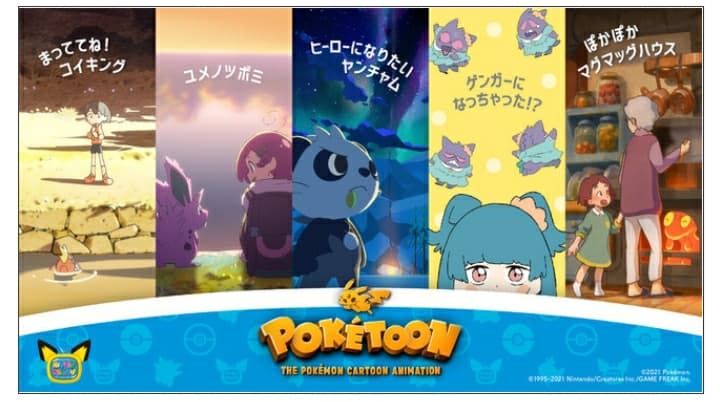 Stage Musical for Romeo and the Black Brothers Anime in Development

Amongst the staff is Shingo Yamashita (League of Legends: A New Journey director, Fate/Apocrypha key animator “episode 23”) who returned from the Pokémon: Twilight Wings short anime series to direct this new anime short at Studio Colorido.

Isn’t this the cutest? Make sure to check it out and don’t forget to join our Discord!