Platinum End is a supernatural dark fantasy manga series written by Tsugumi Ohba and illustrated by Takeshi Obata (creators of the classic Death Note). Last December, it was confirmed that the manga will be getting an anime adaptation.

The series is scheduled to premiere this fall on TBS and other channels. 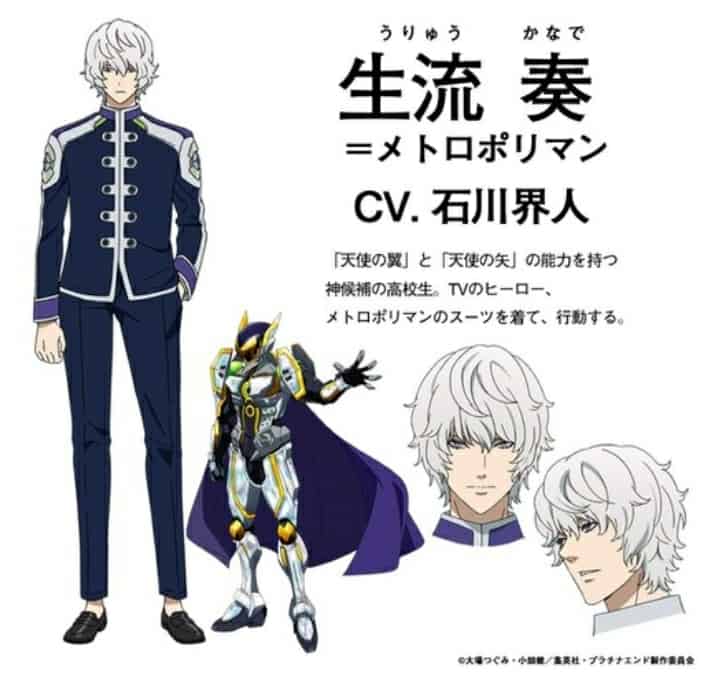 The previously revealed main cast for Platinum End consists of Miyu Irino as Mirai Kakehashi and Yui Ogura as Nasse. Other cast members are Natsuki Hanae as Revel, M.A.O as Saki Hanakago, Toshiyuki Morikawa as Nanato Mukaidō, and Ai Kayano as Baret.

The following are the staff and their roles:

How does this series sound to you? Will you add this anime to your fall list for watching?