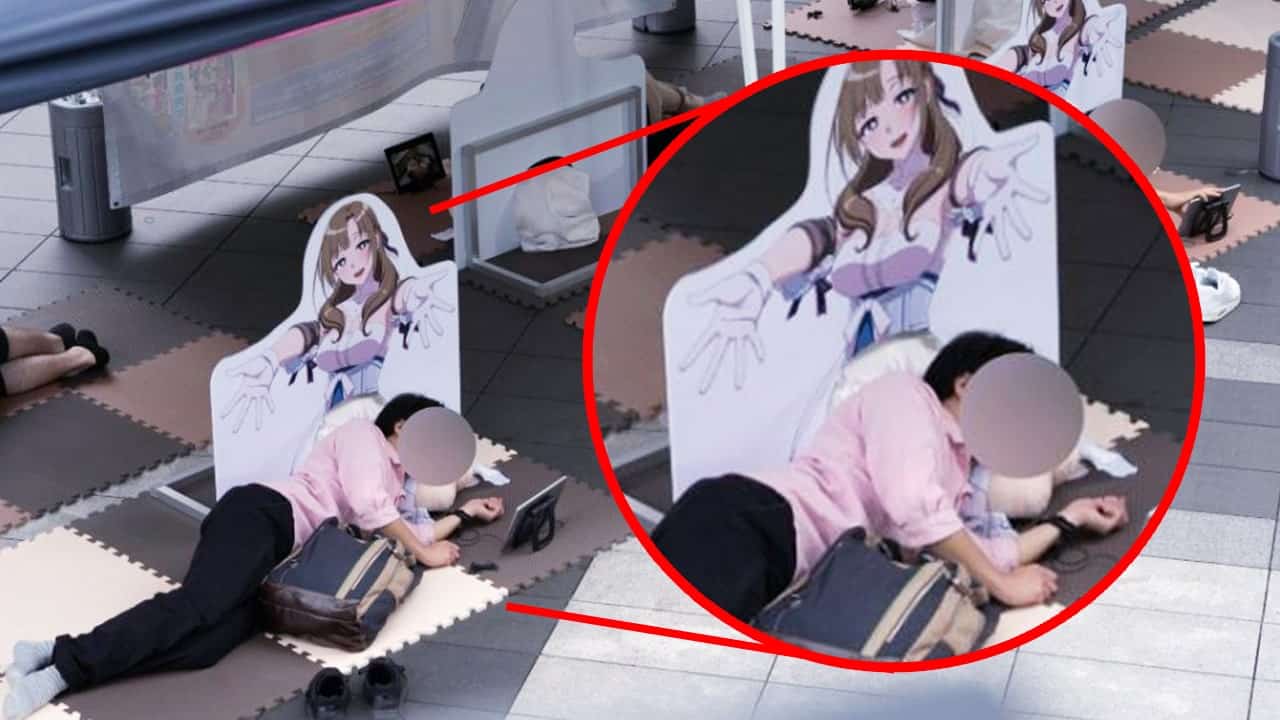 Yet, another mind-blowing addition to the on-going “Only in Japan” stories. This time Japan will give you another reason for being an otaku on the streets, and then get comforted by a cardboard anime mom next to your sheets.

You know it now. The story is about an enthusiastic gamer getting sucked into the world of gaming. Where he wants to flash his skill to the other players, but it’s hard to do it when they are all staring at his mom cheering for her than him. As it turns out, his mom is an overpowered, dual-wielding weapon specialist because of her experience as a being a housewive.

This anime is being heavily promoted in Tokyo. In order to garner more excitement, the marketing brain behind this anime came up with a thrilling idea to push promotion further.

Putting down billboards, posters about anime wasn’t Japanese enough, now they pushed it further to the road of Extreme Japanism and It’s very soothing to watch.

First, they set up the carboard piece of mom from the anime DYLYMHTMTA. Then the place some thin rubber pads on the pavement. Then, at last, they have a knees shaped pillow as the cardboard legs suppose to be. Because you can’t spell “fantasy” without “fan“.

This may seem normal to the eyes of regular citizen there. But foreigners are baffled seeing this in real life. It’s good to know that they are finally getting an authentic Japanese experience that we only get to see in a funky anime.

Here we see how some foreigners react.

Would you have the same reaction if you saw this in public? Or would you dive right in and enjoy a relaxing rest with your anime mom?

If you would dive in, probably this is you:

Advertise with us
1936
likes / shares
FacebookTwitter