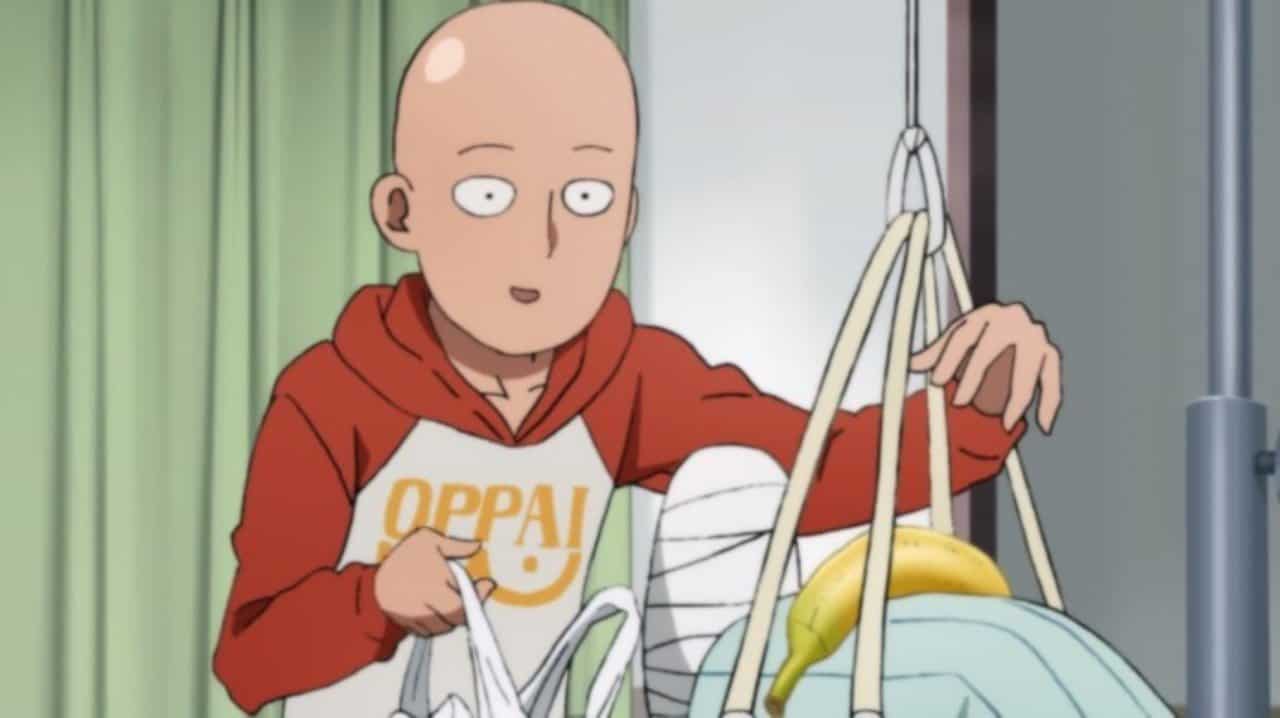 One-Punch Man’s second season is kicking into full gear, and it has started to lay out the plot’s fans will want to keep an eye on as the season unfolds. But like in the first season, Saitama has been hilariously just outside of the field of interest and is providing all sorts of funny reactions to all of the seriousness around him. Even a visit to some distraught heroes in the hospital can be a laugh riot. 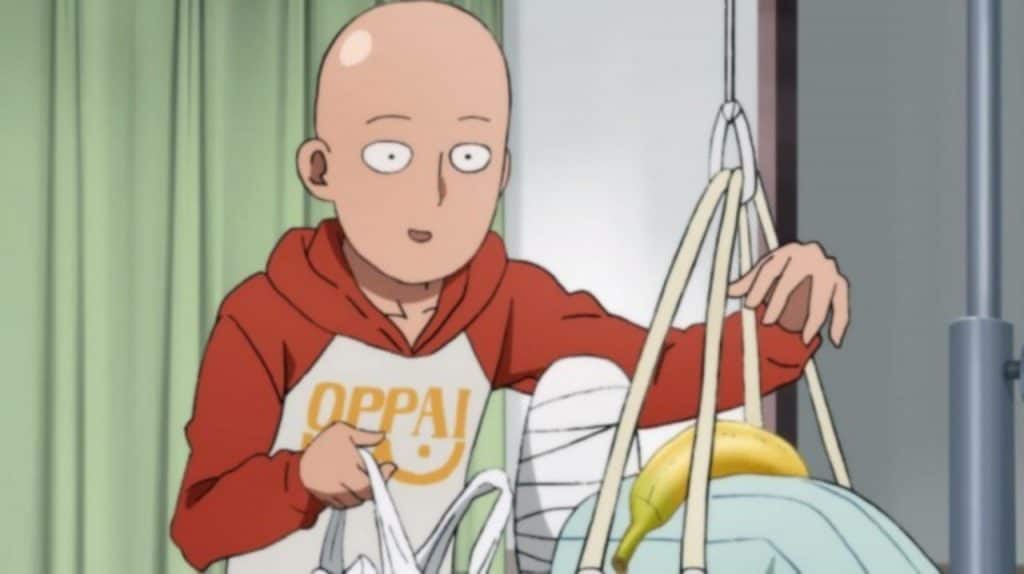 Fans just can’t get enough of how Saitama can’t stop offering his fellow heroes a banana, and what rubs the salt in the wound even further, they were bananas he got himself to begin with.

Visiting Mumen Rider after his vicious Garou beating, Saitama finds that Mumen Rider is distraught. After revealing that the bananas he brought were for himself in a hilarious bit, Saitama offers Rider a banana as a way to comfort him. In his usual lackadaisical tone, Saitama just places the banana on the injured Rider’s belly. This is shortly before offering one to Tank-Top Master as a bribe to learn more about Garou’s martial arts skills. 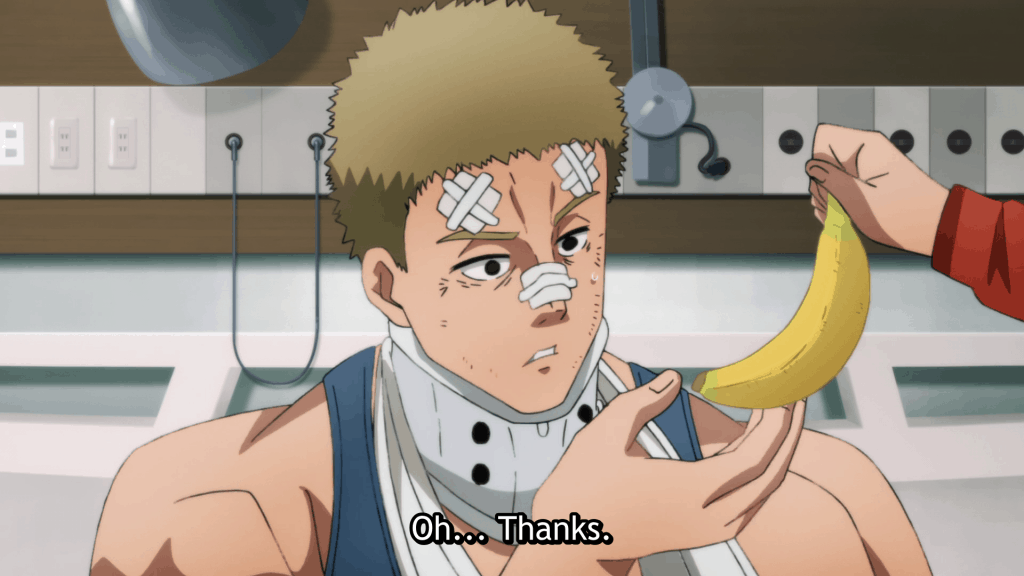 An even more gut-busting version of this banana, offering comes when Saitama visits Bang’s former student Charanko, and puts a banana on his injured leg to try and get more information about martial artists in general. Clearly, Saitama was using these bananas for selfish reasons, and fans were totally on-board. Here are some of the reactions to this hilarious banana bit:

Why am I got entertained with Saitama giving out bananas to the injured 👨🏻‍🦲🍌😂 #OnePunchMan pic.twitter.com/O8ap7xjP7M

This is the Saitama Good luck Banana charm, just by looking at it you will have good luck for the rest of your life #OnePunchMan pic.twitter.com/zmC3ALRyAo

The season is directed by Chikara Sakurai, for a new production studio J.C. Staff. Yoshikazu Iwanami serves as sound director, and Chikashi Kubota contributes new character designs. The second season will reportedly run for 12 episodes, and Viz Media has licensed the season for an English release.

Advertise with us
814
likes / shares
FacebookTwitter