This “heart-warming comedy” anime centers on Chimimo, who is a messenger of hell and a shape-shifting evil demon. Chimimo is one of 12 evil demons whose mission is to turn the human world into hell. The 12 demons, along with “Jigoku-san”, go to the human world, but Jigoku-san and Chimimo become freeloaders to a family of three sisters named Mutsumi, Hazuki, and Mei.

Since its first visual (below) was released, one of the major talking points has been the adorable character designs for the anime.

The anime will premiere in July and it is confirmed to star:

Mutsumi’s voice actor, Mamiko Noto, shared a couple of words regarding her role. Mamiko says that Mutsumi is a motherly figure to her two younger sisters. She then goes on to say that Mutsumi is a cheerful older sister who knows when to be serious.

Meanwhile, Yuria Kōzuki, Mei Onigami’s voice actor, said she relates to her character as she has older siblings. Yuria comments that she enjoyed recording scenes for Chimimo and can’t wait for everyone to watch the series.

Kanahei is credited with the original character designs, and Mai Tsutsumi is adapting those designs for animation. Kimiko Ueno is overseeing the series scripts. Sachi Takahashi is the art director, Satoko Fujimoto is the editor, and Yashikin is the music composer. 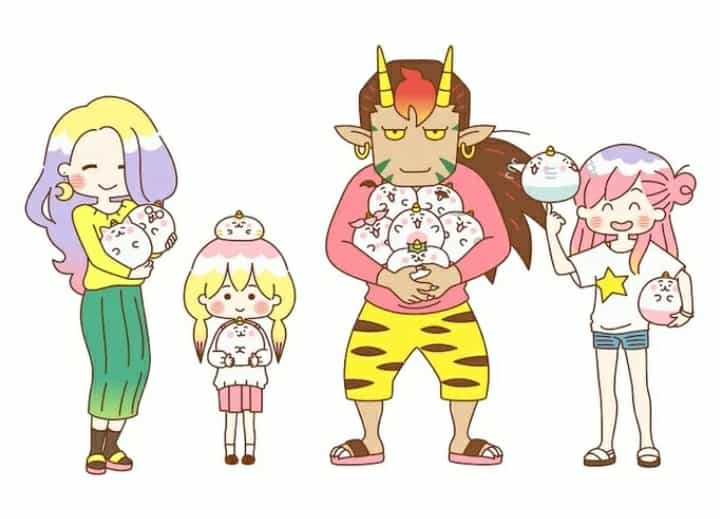 This is an original anime, so there is still a lot to explore for the plot. How hyped are you for this series? Will you be watching it when it premieres?