Fantasia Sango is a fantasy RPG game series that originated in Taiwan and was developed by USERJOY Technology. It is derived from The Romance of the Three Kingdoms but also includes monsters and magic.

The TV anime based on the series will be called Gensou Sangokushi -Tengen Reishinki. It will be broadcasted in Japan come this October. 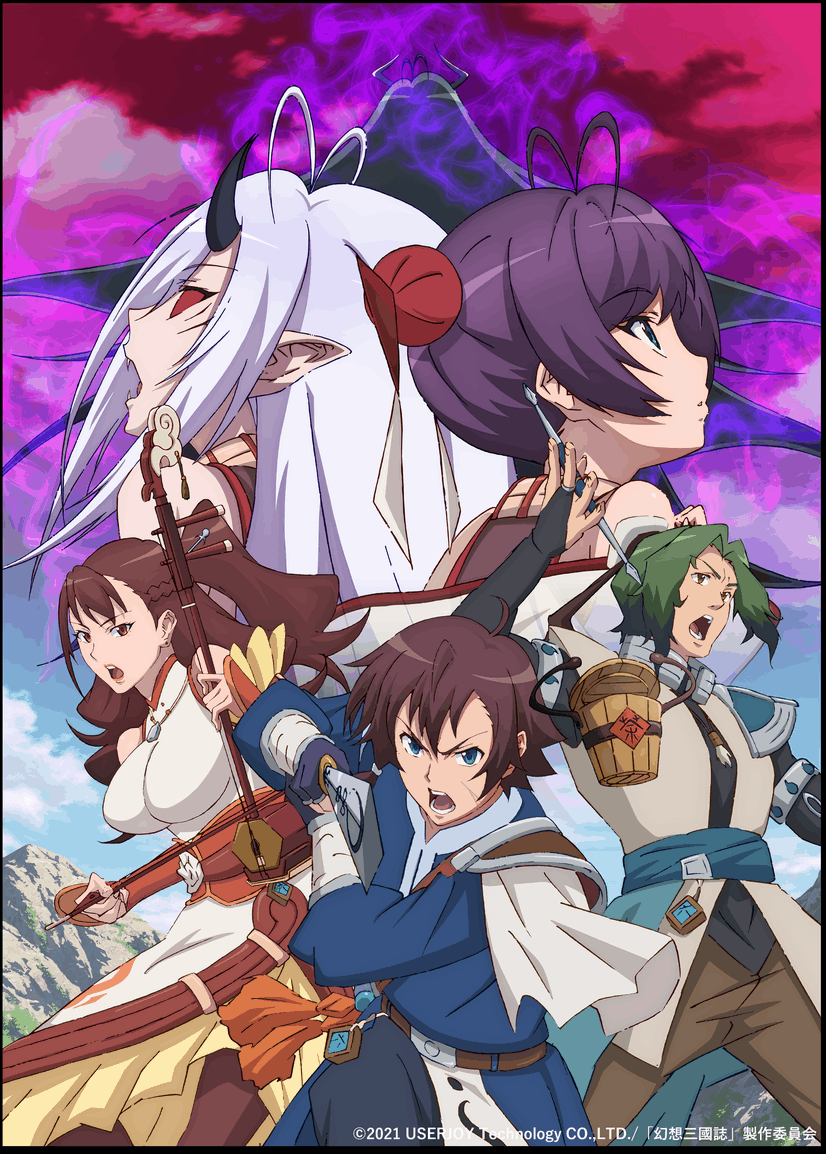 The Three Kingdoms era in China was full of strife and war. Warlords and their armies were at each other’s throats in their individual missions to conquer and bring all of China under their sole control. The Mouryou King, who rules over evil spirits, can’t help but notice the conflict. He does what he can to draw out the conflict, aiming to wreak havoc and ultimately destroy humanity.

Tengen is an organization that forms to fight against the Mouryou King and his cronies. But when the sixth anti-Mouryou Corps members are all killed off, a new Corps is created from a band of adventurers who can be best described as hooligans.

The comprehensive list of the main staff and production companies has been announced and is as follows:

For any additional details, see the official website for the anime.