Months after Studio Mappa announced an original water polo-themed TV anime titled RE- MAIN, the official website of the sports anime has now begun streaming a teaser video for the anime. The video previews the animation for the series. The video and the anime’s official website also revealed four new cast members.

The 60-second teaser promotional video introduces the story and the main cast. Tiger & Bunny head writer, Masafumi Nishida, will serve as co-creator, chief director, series script supervisor, and scriptwriter for every episode. He is the audio director as well.

CAST IN ITS ENTIRETY 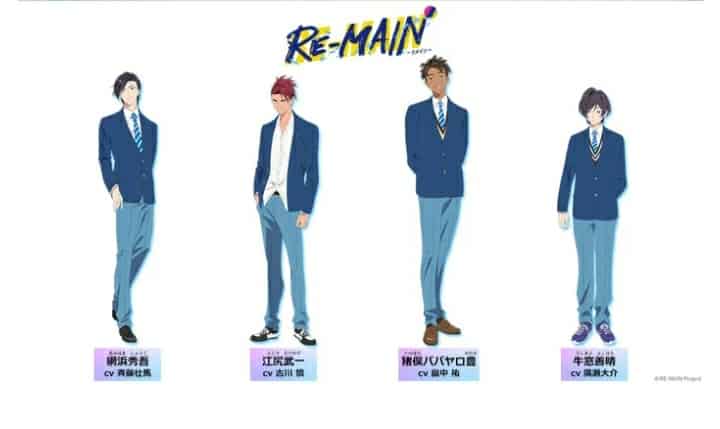 The sports anime will focus on Minato, a talented water polo player who stopped training after a traumatic accident in the winter of his third middle school year. He picks the sport back up again with a new team when he starts in high school but the fledgling team runs into many problems and Minato must work through his past trauma in order to become the player his team needs.

Are you looking to watch this anime? Think it’ll be any good?

Advertise with us
503
likes / shares
FacebookTwitter