After almost a decade, the Madoka Magica franchise is back! And this time, with a new anime film that will act as a sequel to the 2013 anime movie- Madoka Magica The Movie Part 3: Rebellion.

DETAILS ON THE NEW FILM

The announcement of a new anime film was made during the 10th anniversary online event held in Japan for the Puella Magi Madoka Magica anime. Fans were pleasantly surprised by the news.

A teaser video to heighten fans’ expectations was released and a key visual was unveiled too.

The key visual shows Madoka Kaname in her signature bright pink gown, looking as cute as ever. Foreshadowing things to come, the poster artwork portrays cracked glass and a dark hand reaching out to Madoka from the bottom of the visual.

Funimation is streaming the TV series and past movies. It describes the franchise as such:

She has a loving family and best friends, laughs and cries from time to time… Madoka Kaname, an eighth grader of Mitakihara middle school, is one of those who lives such a life. One day, she had a very magical encounter.She doesn’t know if it happened by chance or by fate yet. This is a fateful encounter that can change her destiny. This is a beginning of the new story of the magical witch girls! 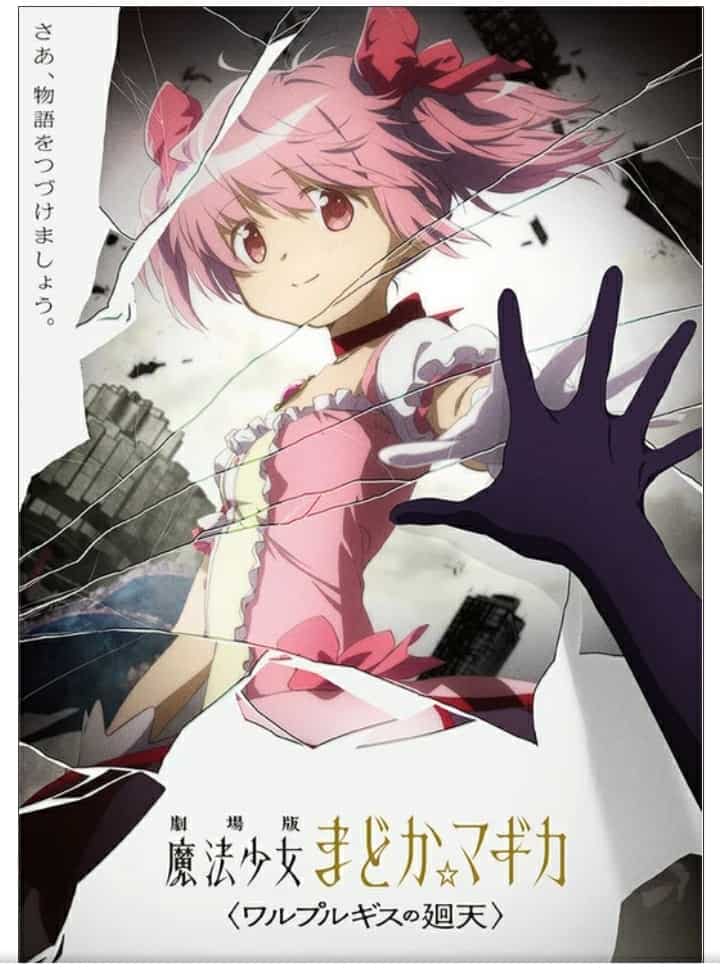 Some information regarding this new film is still unclear, however, we know that there will be returning cast as well as returning staff.

The original 12-episode Puella Magi Madoka Magica anime show premiered in January 2011 and the last movie premiered in 2013, so fans may need to revisit those works before this new anime film comes out.

How excited are you to see Madoka Magica on your screens again?