Look out for Lady Napoleon from Netflix and Shin Kibayashi!

In February 2020, Netflix announced that it was working on an anime with Kibayashi and, now, it has been confirmed that Netflix is working with manga creator Shin Kibayashi on an original anime titled Lady Napoleon.

The first production sketch from the series has been released, featuring the main characters Butler, Sophie, and Guy, which can be seen below. Lady Napoleon is an action fantasy anime that follows the story of Sophie, a descendant of Napoleon and the leader of the Lady Napoleon organization bent on world domination. 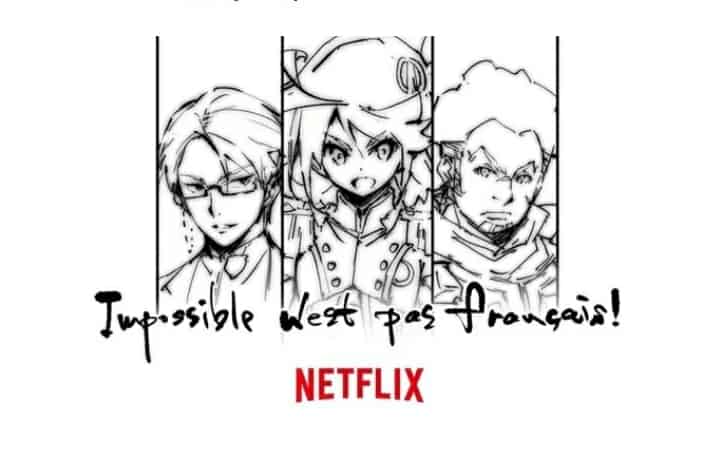 Napoleon once had three sacred treasures and Sophie, her jack-of-all-trades butler (named Butler), and the martial arts master Guy search the world for these lost treasures. It’s confirmed that the show will have 13 episodes, and Netflix will stream the series worldwide.

Bakuman.‘s TV anime director Noriaki Akitaya will be directing the series at ZERO-G. This is the first work from Shin Kibayashi after the writer signed a partnership with Netflix in February 2020.

Shin Kibayashi is an iconic Japanese writer who has written numerous manga under multiple pen names. Under his real name, he has written such manga as Kaze to Kaminari and Shima Kōsaku no Jiken-bo. Under his pseudonym of Tadashi Agi (which is a pen name for him and his sister Yuko Kibayashi), he is best known for the manga, Drops of God.

With Netflix’s recent successes in the anime industry and the pedigree of staff working on this project, it is safe to expect a top-tier anime when it is finally released. More information on Lady Napoleon will be announced subsequently. Follow us on Discord, Facebook, and Twitter for the latest and greatest news!