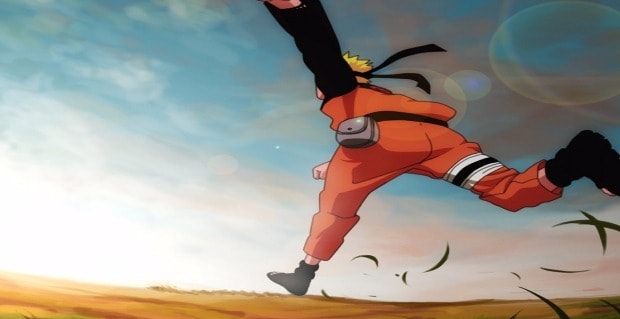 Naruto is celebrating its 20th-year anniversary of Naruto this year. The show was a massively popular show when it was released and the recent resurgence of viral naruto running on Area 51 has helped the show to garner more attention to the show than it has in its heyday. Even after its long run, the show is still alive on the internet as if it was running on air.

After spanning over 800 episodes, the show has ended but that hasn’t stopped the memesters to make memes from old clips of Naruto and making them go viral. In the previous year, we saw a meme of Sasuke getting choked by a lot of characters.

Recently, we saw the Naruto run making the news for being the first choice for evading bullets from guards of Area 51.

Eventually, it was time for a company to pick up this temporary high to catch more attention with their source of media. Within those companies, Fortnite has raked the hay while the sun still shines. The official twitter account for Fortnite has made an announcement of the upcoming deal where the players can buy “Full Tilt Emote”.

This emote imitates the notion for putting both of the arms behind the back and running while leaning forward close to the ground. The “Full tilt Emote” is basically the Naruto run mod under a fancy word salad.

Zoom into the unknown 💨

The new Full Tilt Emote is available in the Item Shop now! pic.twitter.com/KXQGQWE7qZ

Pulling this stunt might drag new players to one of the top multiplayer battle royale games on the market today. If you want to do a Naruto Run by being the character Naruto, you could play Naruto Full Burst series on the PC and Consoles.

Naruto Full Burst series is known for good gameplay and keeping the story simple. All the games on the series share almost identical gameplay while telling the epic storyline of Naruto without stretching it too far, so any new player can join in the fun without doing a Naruto wiki research beforehand.

Advertise with us
210
likes / shares
FacebookTwitter