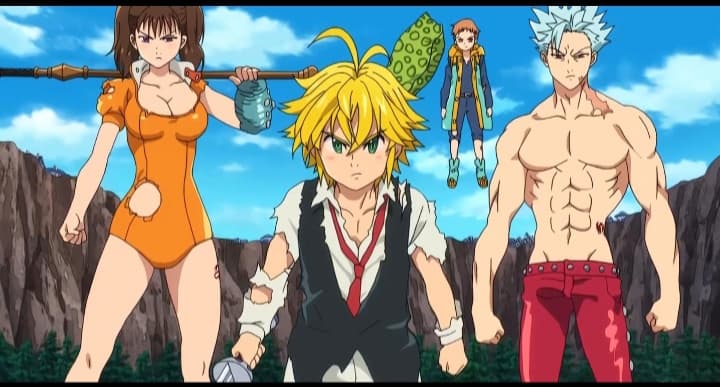 Nanatsu no Taizai (Seven Deadly Sins) has ended it’s seven and a half year run in this year’s 17th issue of the weekly shounen magazine.

Nakaba Suzuki’s adventure fantasy manga began it’s run in the weekly shonen in October 2012 and since then it has risen to the top as one of the best manga of this era. The 40th volume was released on February 17th while the 41st and final volume has planned release on May 15th .

The Seven Deadly Sins manga has been a commercial success, having an excess of 37 million copies of volumes currently in circulation.  The winner of the shonen category of 2015 Kodansha manga awards was Nanatsu no Taizai.

Fans of the series still have a lot to look forward to as the season 4 of the anime continues; it is currently adapting the events of the holy war. Even more exciting news, there will be a sequel to the manga as well as a new anime!

After the 17th issue of the weekly shonen announced a manga sequel, now Kodansha publishing released the title of the manga sequel (Mokushiroku no Yon-kishi) English – The four Knights of the apocalypse.

An illustration was made along with the final chapter of the original manga. The new manga tells the story of Prince Tristan, the son of Meliodas, and Elizabeth who is also one of the four horsemen.

How to Survive Anime Expo!

On the anime front, the season five of Nanatsu no Taizai series has been confirmed. It will debut on October 2020 in TV Tokyo and it is titled Nanatsu no Taizai : Fundo no Shinpan, in English : Judgement of Fury.

It is widely speculated that if the “Four knights of the apocalypse” manga does well,  it will be adapted as the sixth season of The Seven Deadly Sins anime.

Are you excited about the news too? What do you wish the coming chapters in the manga would include? Share it down in the comments below!

Advertise with us
2126
likes / shares
FacebookTwitter