MyAnimeList is a globally used anime resource containing a large database for information regarding different genres of anime. Apart from rating and recommending anime, it also provides the latest news on happenings in the anime industry.

It has been reported that panelists will include chief animation director Takayuki Goto on production for The Legend of the Galactic Heroes: Die Neue These and producer Mikio Gunji from Production I.G, as well as Wit Studio president George Wada. 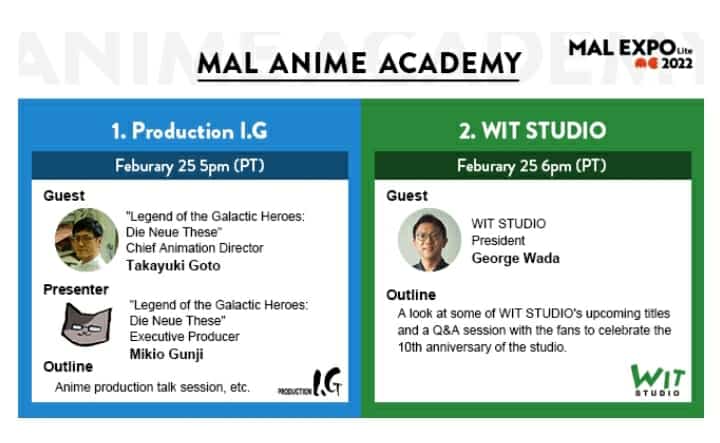 The best part of this for anime fans is that the online panel is completely free to watch. The free-to-watch panel will include a short lesson on the animation production process and a Q&A session. The press reveal announced that the MAL Expo Lite 2022 event will run from February 17 – 25. It is MyAnimeList’s first online expo!

It will be streamed on MyAnimeList’s YouTube channel starting February 25 at 5 pm Pacific Time.

Will you watch this live stream later this month?

Advertise with us
28
likes / shares
FacebookTwitter