World Heroes’ Mission is the third film of the My Hero Academia franchise. A new promo video for the anime film has been unveiled and it shows some new cast, and also gives us a glimpse of the protagonist, Deku, using some of his newly learned moves in the battles to come. 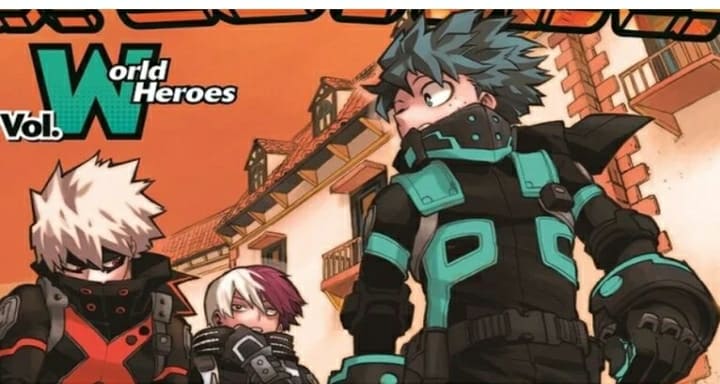 This new trailer was uploaded on TOHO Animation’s official YouTube channel and with the premiere date getting closer, fans of the series are more hyped than ever. The new movie is set within the same timeframe as the current arc of the anime.

In World Heroes’ Mission, Deku is being framed for mass murder, and the heroes of Class 1-A will need to team up with new pro-heroes from around the world in order to clear Deku’s name and defeat a dangerous cult that thinks the use of Quirks will eventually lead to the end of the world.

The mysterious villain group has set bombs all over the world and the heroes will need to search for them. Bakugo and Todoroki encounter Rody (voiced by Ryō Yoshizawa), a boy living in a mobile home in their designated area of Oseon, and end up working with him. The movie also features new costume designs for Deku, Bakugo, and Todoroki.

Among the new cast revealed are:

Belos, Sir Pentas, Shidero, and Leviathan are members of the villain group, Humarize no Villain. Claire Voyance is a Pro Hero in Oseon, and Allen Kay is a researcher of the Humarize no Villain organization. Pino and Rody will work together as partners.

The anime film will be directed by Kenji Nagasaki, who directed every season of the My Hero Academia anime, as well as the two previous films in the series. Yosuke Kuroda is the scriptwriter for World Heroes’ Mission. Animation duties are, once again, being handled by Eureka Seven and Fullmetal Alchemist animation studio BONES while manga author Kohei Horikoshi will serve as chief supervisor and original character designer. The anime film has been confirmed for an August 6 opening in Japan.

Advertise with us
571
likes / shares
FacebookTwitter