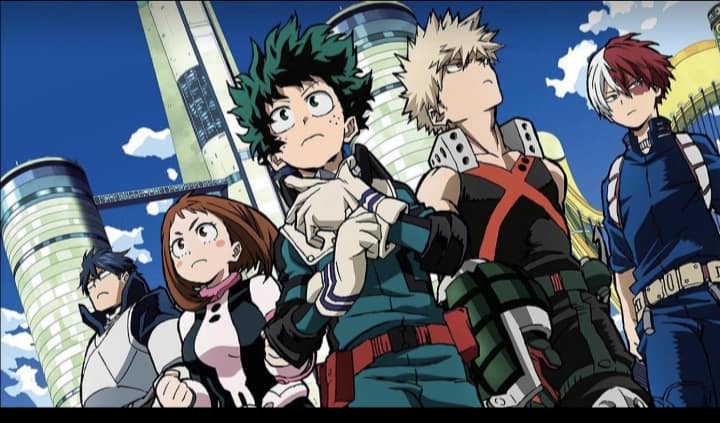 MY HERO ACADEMIA MAKING IT BIG IN THE BOX OFFICE!

The new anime film of My Hero Academia, titled “Heroes Rising” has surpassed expectations since its release last year in Japan. The anime film made a total of US$15,104,115 through out its run in Japan.

The film has performed excellently in the North American box office, overtaking the total earnings of the previous movie — Two Heroes, in its first week of release!

My Hero Academia opened on February 26 in US and Canada to over 1200 theaters. It made a whopping $2.6 million, showing great promise!

Heroes Rising has currently raked in about $10 million, surpassing “Weathering with you” and Digimon the movie. This now places it among the top 10 highest earners among Anime films.

It is worthy to note that My Hero Academia: Heroes Rising has now taken a spot as Funimation’s second highest grossing Anime movie and it projected to earn the first spot!

The 4th season of My Hero Academia anime is currently ongoing, and while the build up has been a bit slow, it is surely living up to expectations.

The heroes have been at war with the league of villains and the Chie Hassakai mafia like villain group. This culminated in a very exciting but bloody battle.

The latest episodes from this season has seen the reveal of a new villain who goes by the name “Gentle Criminal”. It would be very interesting to see how Deku, his classmates and UA as a whole deal with this new villain.

As the 4th season draws closer to its end, fans are already clamoring for a proper Shonen battle between Midoriya and Tomura Shigariki. However, we might not get that this season.

If you have seen the movie, tell us what you think of it!

Here is the latest trailer if you haven’t seen it!