Live-Action Saint Seiya: Knights of the Zodiac Shares Film Cast and Staff With the World

The second cour of Mushoku Tensei: Jobless Reincarnation TV anime is scheduled to premiere on October 3, and the official website for the anime has revealed a new promo video showing the characters that will appear in the second part.

The official website for the television anime of Rifujin na Magonote‘s Mushoku Tensei: Jobless Reincarnation light novel has revealed that the main cast will appear in a television special one week before the premiere, on September 26.

The second cour of the hit series was initially to premiere in July, however, it was postponed to October due to various reasons.

Funimation streamed the first cour while it aired and they will also stream the second cour as well.

The first part of the first season of the anime aired in the Winter 2021 season with a total of 11 episodes. The anime is described thus:

Just when an unemployed thirty-four-year-old otaku reaches a dead end in life and decides that it’s time to turn over a new leaf—he gets run over by a truck and dies! Shockingly, he finds himself reborn into an infant’s body in a strange, new world of swords and magic. His new identity is Rudeus Grayrat, but he still retains the memories of his previous life. Follow Rudeus from infancy to adulthood, as he struggles to redeem himself in a wondrous yet dangerous world. 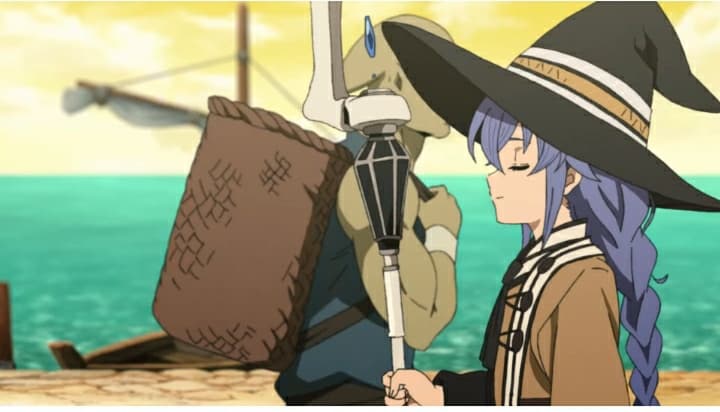 Staff on production duties are Manabu Okamoto (Gamers!) who is directing the series at Studio Bind, EGG FIRM, and Kazutaka Sugiyama (animation director for DARLING in the FRANXX) who is designing the characters.

Yuiko Ōhara produced, wrote, scored, and sang both the opening theme song and the ending theme song for the first half of the series.

What’re some of your thoughts about this anime? Are you waiting to watch the second cour?

Advertise with us
203
likes / shares
FacebookTwitter