Mushoku Tensei: Jobless Reincarnation is widely accepted as it quickly became a fan favorite after the release of the first cour for the first season. After its initial July release was delayed, the second cour of the season has since been rescheduled to premiere in the fall. 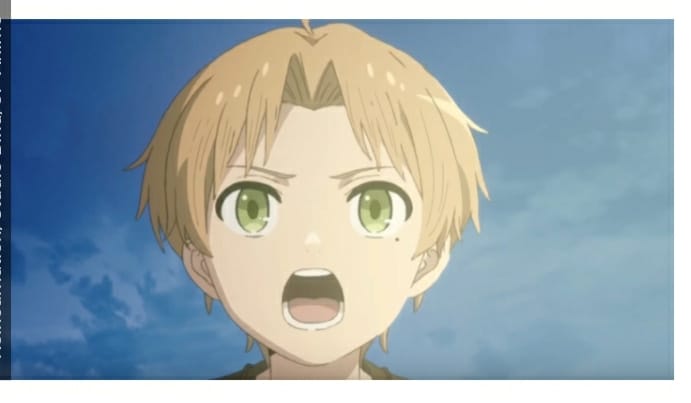 The official website for the television anime of Rifujin na Magonote‘s Mushoku Tensei: Jobless Reincarnation light novel series has revealed that the anime’s second cour, or second quarter of a year, will premiere in October.

The delay from July to October was stated to be due to “various circumstances” and no specific reason was given.

The first part consisted of 11 episodes and the series will have 23 episodes in total. The first part of the season performed brilliantly well, ranking at 8.41 on MyAnimeList and 8.7/10 on IMDb.

Funimation has officially confirmed that part 2 of “Season 1” is on its way. Episode 11 post-credits showed a message thanking its viewers and saying to expect the next part soon.

The story follows a 34-year-old man who is killed after trying to save someone from getting hit by a car. He soon finds himself reincarnated in a magical world as Rudeus Greyrat, except that he gets his whole life reset, starting as a baby. With all of his knowledge from his previous life, and a new heaping helping of magical ability, Rudeus quickly becomes a formidable warrior ready for adventure. Oh, and he’s still a total pervert.

There are currently rumors that the second season of the TV anime series is in the works. Funimation states on their website, “No premiere details were announced for Mushoku Tensei: Jobless Reincarnation Part 2, but fans will be glad to know it’s on its way.”

Meaning, we can expect an official announcement soon! “Season 2” is reportedly set to be produced by Studio Bind.

Who’s your favorite character and what’re you excited to see in the second cour? Stay tuned for news on “Season 2”.

Advertise with us
231
likes / shares
FacebookTwitter