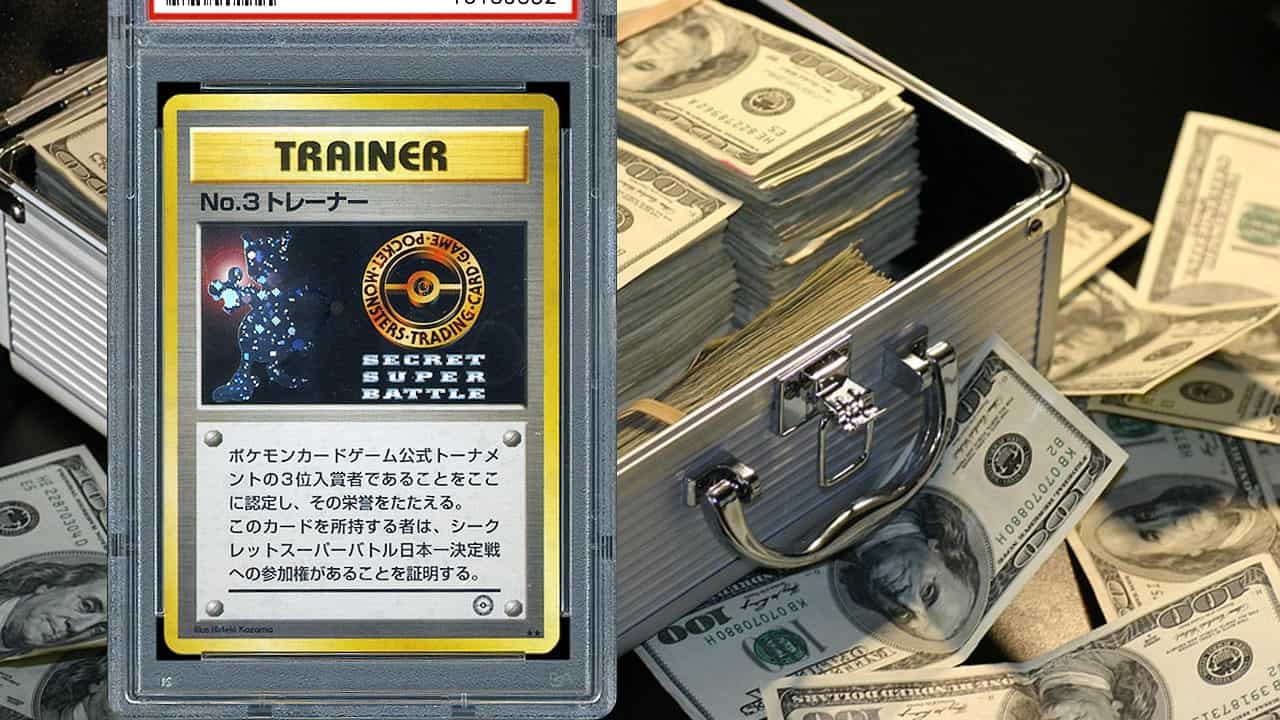 It’s extremely lucky to find a card that has a monetary value of a really good car. And it’s really expensive to bid on that card in a horde of fans, who wants the same thing as you do if not, more. This story focus on the pokemon card went by the name “Trainer No.3”.

The No.3 card holds immense value in the world of pokemon for being extremely rare. This card was given to the third-place winner in a Pokémon competition, that took place in japan in 1999. The competition was called Super Secret Battle. So you can see why this card catches the eyes of everybody. People have been waiting to get hold of the card since 1999.

A guy goes by the name “pokemonplace” came to possess the No. 3 pokemon card. As the card stands to be the rarest card in the world of pokemon trading cards. He decides to auction the card on a popular auction website. And the card’s bid gets glossed over 50 grand. After the bidding, the card gets insurance of $50,000 by USPS.

During the time the card spent in shipping. It goes missing, vanishes in the thin air. Never to be seen again. To get into more detail about the card. In the recent polygon article. This is what pokemonplace had to say concerning the card:

“My responsibility was to ship the card to Aramex […] a middle man company that then ships the card to the buyer, The tracking information I have was with registered mail and shows tracking and a signature. Aramex claims they haven’t received it and signed for a bulk lot.”

Because the lot was on the sign, pokemonplace says that they cannot file the insurance claim. Which leads only one solution, somebody has to come forward with the card.

There are plenty of theories surfacing about the card being stolen by the people who work at the shipping company or losing the card intentionally. The value of the card holds so much in the market. The card will get to nowhere near that without getting caught red-handed. It might pop up in the black market.

So watch out, if you come to know any information regarding this card. Your information will be worth a lot of money because the owner of the card Pokemonplace has put out a bounty of $1000 for any information about the whereabouts of Trainer No. 3.

Note: All content of this article is opinion; no statements of fact are being made in this article. Everything is presented as “allegedly” or otherwise in theory.

Advertise with us
40
likes / shares
FacebookTwitter