You Can Now Play as Guts From “Berserk” in “Witcher 3”

There have been quite a few celebrations around the Mobile Suit Gundam franchise as a whole lately. Bandai Namco has made some important announcements as we head toward the anniversary celebrations.

The Bandai Namco Group announced the Mobile Suit Gundam Seed Project ignited initiative during the opening ceremony for the life-size Freedom Gundam statue in Shanghai. Leading this initiative is a brand new sequel film taking place after the events of the original series.

Upon the 20th anniversary celebration, the Gundam SEED franchise will be expanding further so this initiative will also include a new Mobile Suit Gundam Seed game and a new manga. Additional details on all of the new releases will be announced soon by the staff which is led by Mitsuo Fukuda.

Mobile Suit Gundam Seed kicked off the franchise’s Cosmic Era and has since inspired a second anime series, spin-offs, and now, a new film. Crunchyroll is streaming the original and they describe the series as such:

“In Cosmic Era (C.E.) 70… The tensions mounted between the Earth Alliance and theZAFT Forces caused by the ‘Bloody Valentine’ tragedy have erupted into an all-out war. The Earth Alliance’s mobile armor forces and tanks launch…mobile suits are destroyed one after another…It seemed a foregone conclusion that the Earth Alliance, with its superior numbers, would be victorious. But this initial assessment proved to be false. Almost 11 months have passed since the conflict began, with no end in sight…” 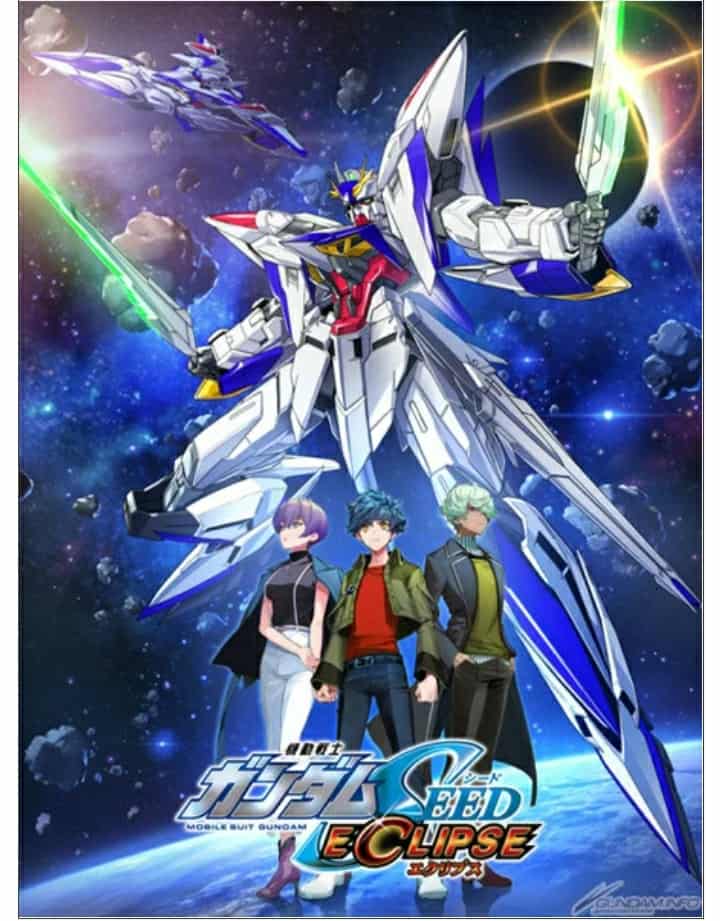 The Mobile Suit Gundam Seed Eclipse side-story manga is scheduled to launch in Japan and overseas in July.
The story is set in Cosmic Era 72, during what would become known as the “lost two years” between the two wars. Some call it the time of “peace on thin ice” while others call it the “brief respite before the next turmoil.”
The story follows 17-year-old mobile suit pilot Tatsumi Hōri, 19-year-old commander Miyabi Oto Kiō, 18-year-old Coordinator pilot Ken Noland Suse, and others who risk their lives in an empty unit known as “ODR”.
This is such great news for Gundam SEED and the Mobile Suit Gundam franchise as a whole. Which of these new projects are you more hyped for? Tell us in the comments section or on Discord!
75
likes / shares
FacebookTwitter