The popular Mob Psycho 100 manga will be getting a new stage play this year!

An announcement was made on Twitter regarding the new stage play and it featured the poster for the stage play.

The new stage play will be performed at Hulic Hall in Tokyo from April 5-16. It will be directed and written by Keita Kawajiri who directed the first two stage plays. The voice actor for Mob in the anime series (Setsuo Ito) will reprise his role in this stage play.

The new visual shows most of the cast members in their avatars and all of them look stunning. Setsuo Ito, as Mob, has a central spot in the center of the visual. 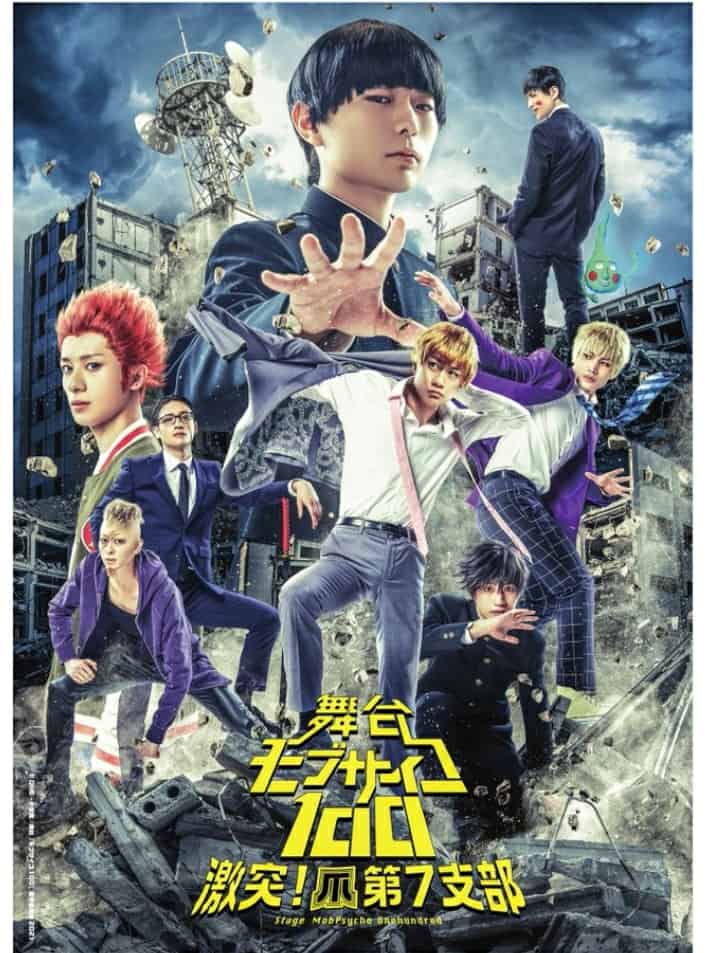 The third stage play’s story is based on the manga’s third “Ritsu” arc which spans chapters 20 to 33. Ritsu Kageyama has been secretly suffering from a complex with his older brother who has psychic powers. He accidentally awakens his own hidden psychic powers.

However, Ritsu is taken away by a man who claims to be the leader of a shady secret organization called “Craw”. In order to get Ritsu back, Mob and his friends go to the seventh division of “Craw” but the adult psychics attack them without mercy…

Mob Psycho is an amazing series that beautifully combines slice of life, comedy, and supernatural action. It focuses on the titular character, Mob, who doesn’t like to use his psychic abilities but always finds himself in situations where he has to use them.

If you’re into anime-manga-based plays, make sure not to miss this one!