Our favorite esper is back! Mob Psycho 100 will be returning for a third season and this is great news for all anime fans.

Studio Bones made the announcement that “Season 3” of Mob Psycho 100 is currently in the works. A trailer was released and a visual for the upcoming season was also unveiled.

Mob Psycho 100 is a massive anime franchise and viewers have eagerly been waiting for a third season. After pushing out a mysterious countdown last week, fans knew something was up with the series, and the stunt promised to drop some big news today. It did not take long for the update to go live, and it gave fans their first look at the third season.

The revealed teaser trailer is less than a  minute but it serves its purpose. It shows some of the best scenes from Mob Psycho 100 to date. The teaser is overlaid with audio of people calling out for Mob, and it ends with the promise that season three is coming soon.

Mob Psycho follows a young boy named Mob who has incredible psychic abilities and a very kind heart. Throughout the series, Mob faces off against a variety of enemies and often needs empathy to stop them just as much as he needs his kick-ass powers.

Sadly, this could be the final season of Mob Psycho 100, considering where the story left off last time. The original manga, which is written by ONE, includes 16 total volumes. The first two seasons of the anime covered roughly six volumes of the manga each, which leaves just four left for the final season to bring Mob’s storyline to a close.

Mob Psycho “Season 2” was extremely popular when it was released in 2019 and was praised as one of the best anime seasons in recent history. The animation is stunning.

In the poster for the new season, we see Mob standing on the righthand side with a bouquet of flowers in hand. He is joined on the street by Reigen who is covering himself from some rain with an umbrella. The two look as perfect as usual in their uniforms. 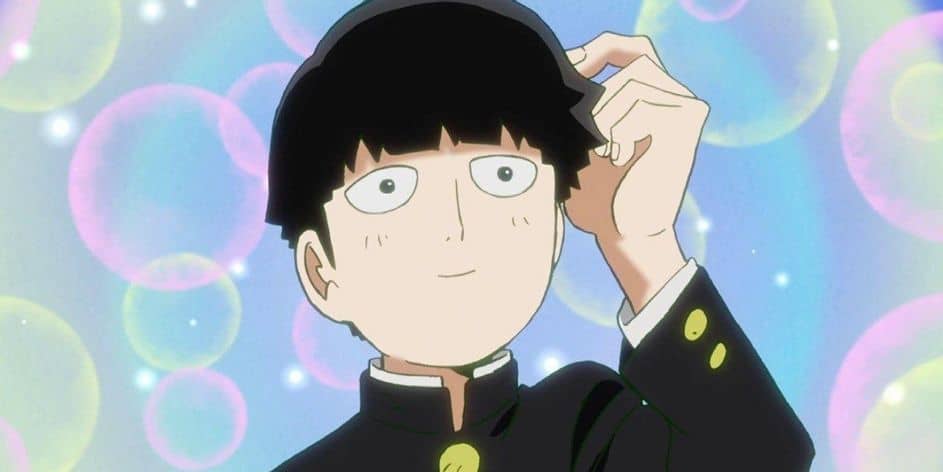 If you haven’t yet caught up with the action-comedy series, both seasons are on Crunchyroll.