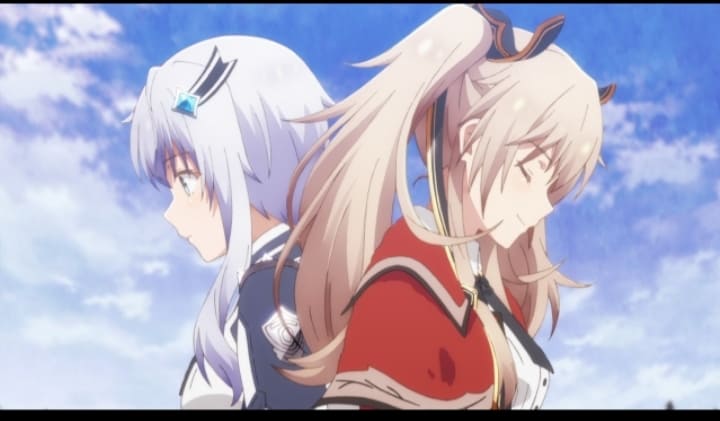 With the anime summer season coming to an end and we move slowly to the fall season, we can look back at some really good anime that graced our screens. The Misfit of Demon King Academy is one of them.

What is this Anime about?

The anime is based on the Japanese light novel series written by Shu and illustrated by Yoshinori Shizuma. It is produced by Silver Link Studio and is a fantasy adventure anime of the Isekai genre.

The plot of the anime is a bit straight forward, the demon king of tyranny dies and Reincarnates 2000 years after. History has been altered and the peace he fought to create is about to be broken. It’s a totally new world from the world our main character left behind and we see how he lives and adapts to it now.

The show is totally a fun show, not so serious as you already know the main character will always win. You can describe it as an Isekai without the Isekai and though it has some of the troupes but it’s not totally centred on it. It’s a dumb anime but the good kind of dumb.

About the Main Character

The show is quite fast paced, we get to see Anos brutally show an unbeliever the extent of his powers in the very first episode. The side characters like his doting parents are quite weird but also great additions to the show. Anos grows from a baby to a teenager under 2 months and has a harem of girls all to himself to the delight of his parents.

We also get introduced to the twins Misha and Sasha …. they are very important to the plot as believers of Anos. Even though demons are generally weaker now than during the reign of the demon king, Sasha is still a formidable character.

The art style is amazingly beautiful, it looks like something out from a Fate series and Black Clover merger. The animation is also top notch while the songs are at times good and other times brings down the series.

For a light hearted series like this, Misfit of Demon King Academy does well to touch on themes like betrayal and racism on it’s way to its final destination ….. Love. Even after 2000 years the hatred Jerga had against the demon race showed no traces of slowing down.

Misfit of Demon King Academy is a good anime series, and if you are a fan of light hearted humour, excessive and ridiculous show of power and good action then this anime is for you. A major strenght of this serious is how it owns its dumbness and over the top use of power by the main character, baring it all out with a straight face.

As the series just ended, there is no news yet about a second season but i hope we get to see Anos Voldigoad again on our screens soon.

Advertise with us
188
likes / shares
FacebookTwitter