Kadokawa announced in the December issue of its Monthly Comic Gene magazine that Itokichi‘s Merman in My Tub (Orenchi no Furo Jijō) manga is inspiring a live-action series in Taiwan, with the series currently set to premiere some time in 2022 in Asia. 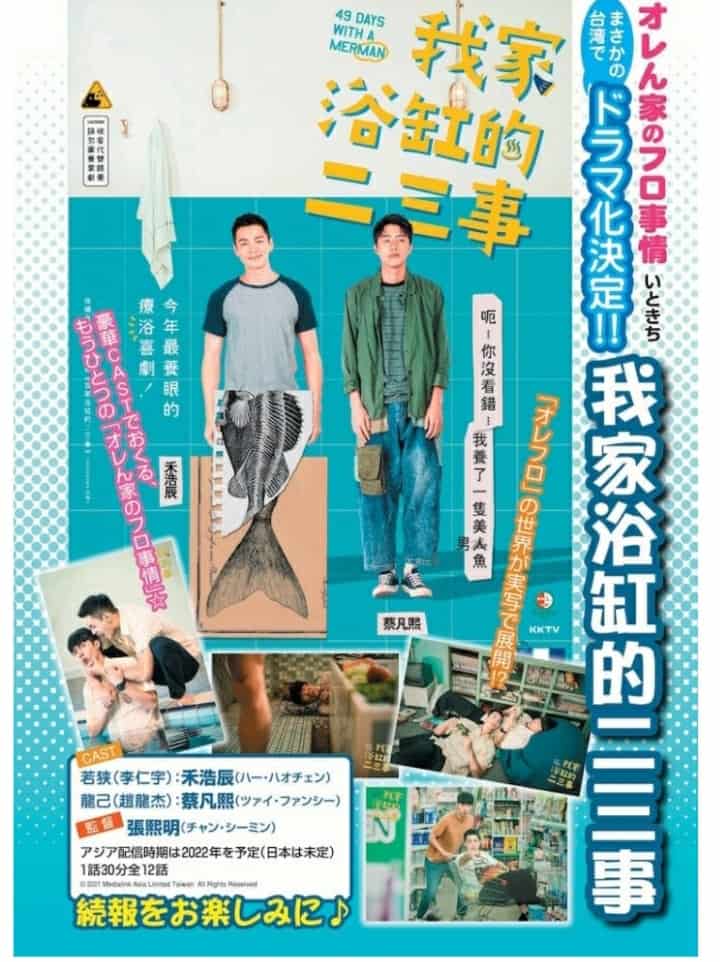 Bruce Hung and Kent Tsai will star in the series, and Hsi-ming Chang is directing the series. While the series will debut in Asia in 2022, a release date is not yet set for Japan. The show will have 12 30-minute episodes.

Merman in My Tub ran in the pages of Comic Gene from 2011 to 2020 for a total of eight collected volumes. Monthly Comic Gene also published a new one-shot for Itokichi recently titled, Ankomochi! Itsuka Daifuku ni Naru Sono Hi Made (Red Bean Mochi! Until the Day I Someday Become Daifuku). 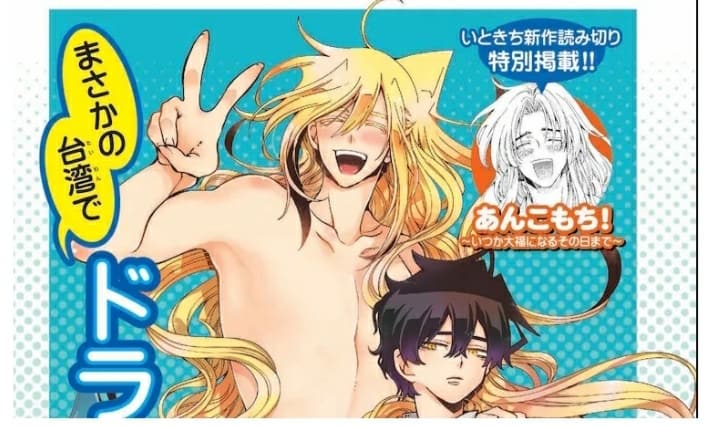 Seven Seas Entertainment publishes the series in English and sums up the story:

What happens when an intruder from the sea stakes claim to your bathtub? A cool yet demure teenage boy named Tatsumi must learn to live with the self-obsessed and playful merman, Wakasa, in a small Tokyo apartment. These two dissimilar young men will learn what it takes to deal with one another in their everyday lives. Of course, impromptu visits by Wakasa’s ocean friends–an anthropomorphised octopus, jelly fish, and hermit crab–do not make things easier. Welcome to Tatsumi’s bathtub. It’s getting crowded.

Kadokawa published the eighth and final compiled volume in February 2020. This live-action will not be the first adaptation of the manga. In 2014, the manga inspired a 13-episode series of anime shorts that premiered in October.

Would you watch this anime? Tell us what you think, and find us on Discord, Facebook, and Twitter!