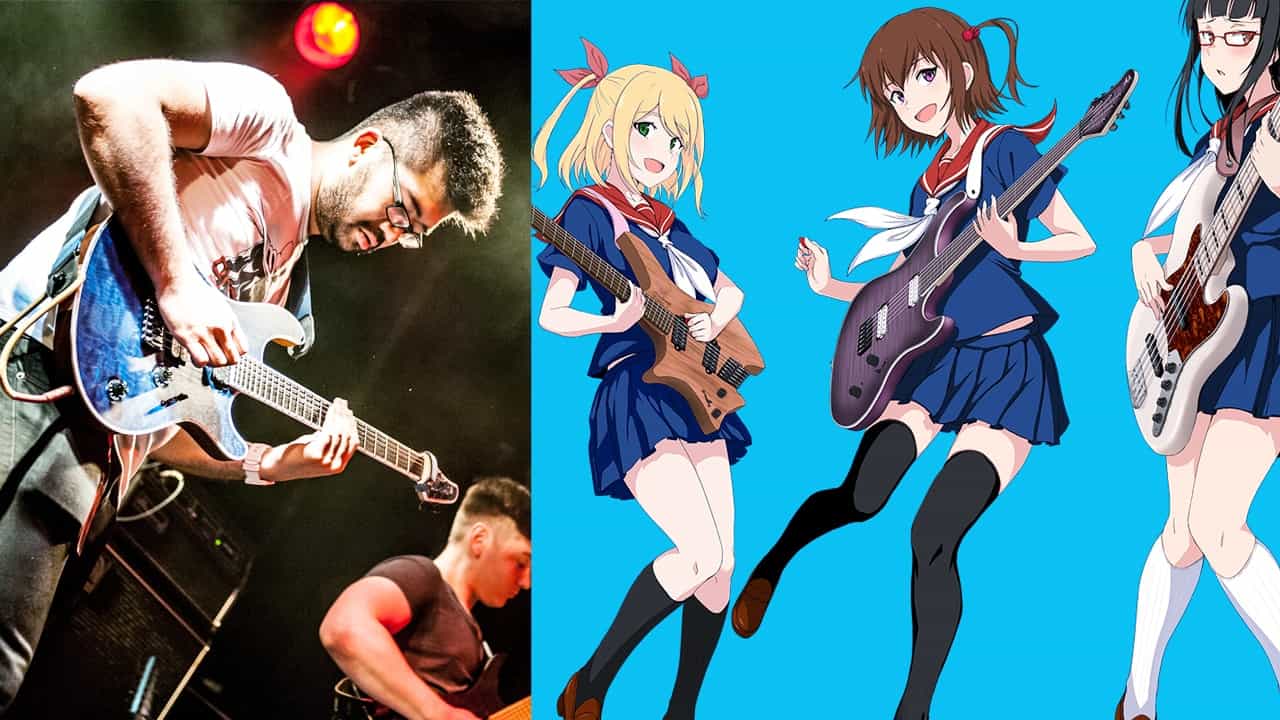 When I first loaded up the song “Summer Break!” on CloneHero, even without lyrics, I knew it had an anime vibe to it.

In my mind I was thinking, “this song sounds pretty great, I wonder what anime it’s from?” After doing a bit of searching online, I discovered Sithu Aye, an anime music creator from Scotland!

This music is pretty great.

After listing to this song, I had the opportunity to interview Sithu Aye about his music and hear his story.

What Exactly Makes this Anime Style?

If you are to look at a piano and imagine the keys in numerical order, the chord progression might look something like this:

I think this is one of the signatures of “anime” music and it sounds pretty neat when paired with interesting melodies.

If you find this topic interesting, you should check out the video above.

As a Westerner, how do you feel about being part of the Anime Community?

Sithu explained how he was actually born in Burma (Myanmar) and relocated to South Africa at a young age, and finally moved again to Scotland around the age of 12. So it should be noted that his ancestry and identity is not as simple as merely being identified as a “westerner.”

Normally, I would paraphrase or extract key quotes from interview responses, however Sithu clearly poured out his heart into his responses so I decided you should see exactly what he has to say! 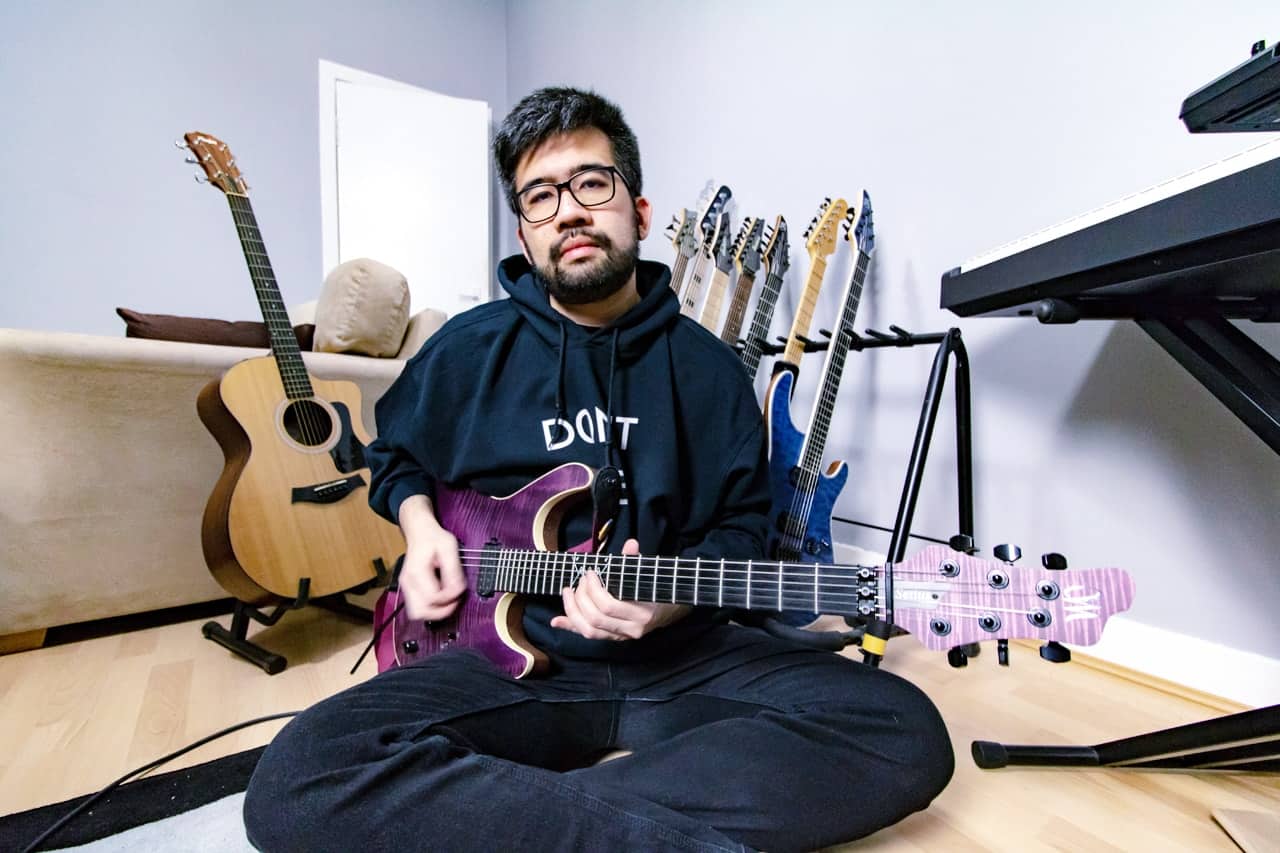 “I never really felt there was a community when I got into anime, it was just something that I enjoyed and appealed to me. Over the course of the last decade, I’ve definitely seen anime become more accepted and mainstream, and less niche than it was even when I was in high school and first watched Evangelion and Cowboy Bebop.

With that increased acceptance, maybe there should be a conversation about whether it’s okay for westerners to enjoy and take part of an art form that doesn’t originate from where they are from.

To that I will always say that it is absolutely okay. I don’t think national borders should be a limitation in what culture you can and cannot engage in.

I’m pretty sure with how open Japan is with sharing their art, music, video games, and manga/anime with the west that they’re pretty happy for us to engage in it as well. 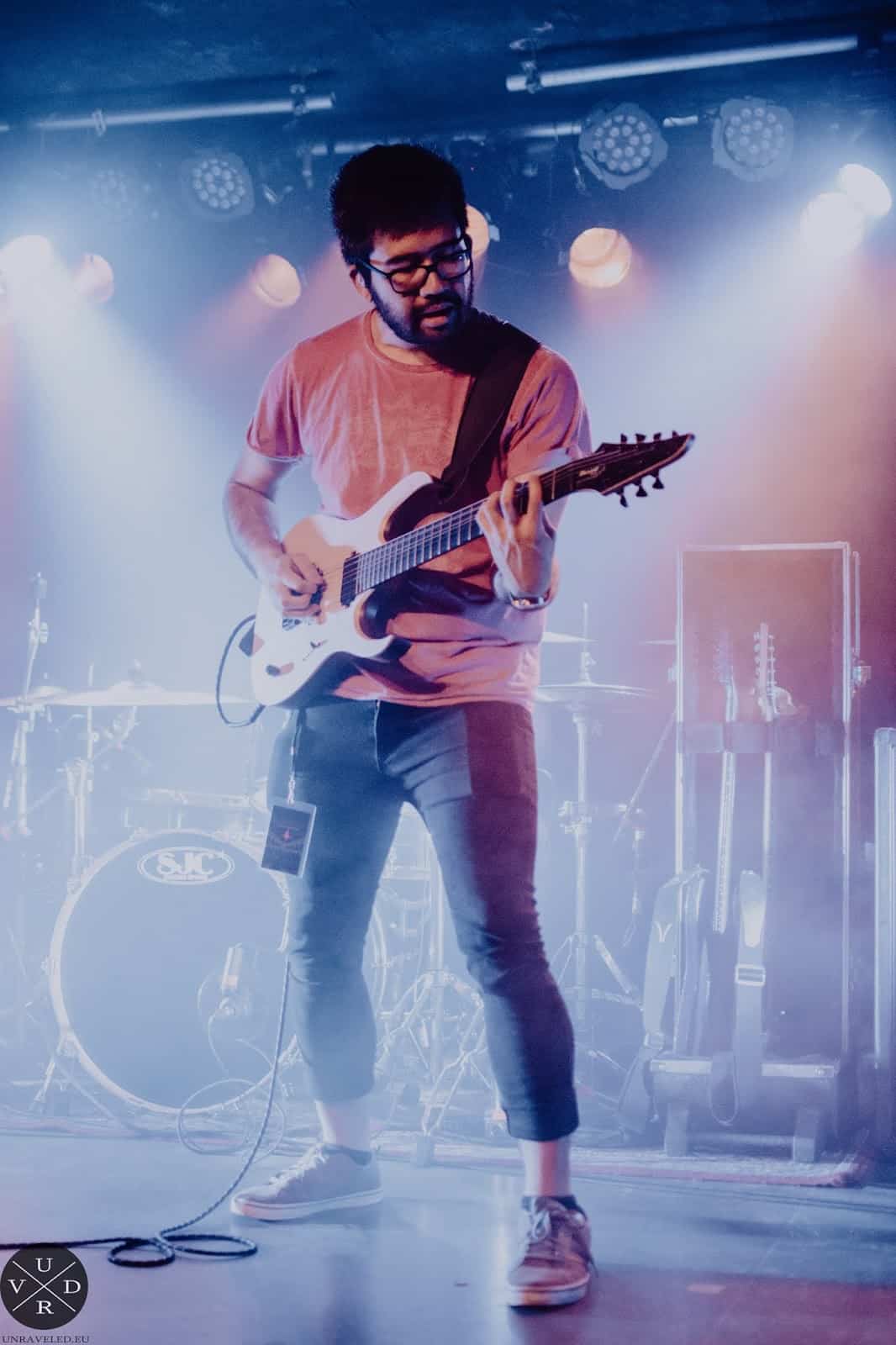 That’s my take having spoken to and spent time with people in Japan.

It’s also very clear that Japan takes inspiration from other cultures as well, with many games and anime having characters who are western in origin, so it works both ways as well.

Also, maybe the concept of feeling bad about engaging in another culture feels completely alien to me as my entire life has been just that.” – Sithu Aye

Do you feel like there have been some barriers to being part of the Anime Community?

“For me personally, I wouldn’t say so. I guess you could say that within a lot of my immediate friends, I was into anime a lot more than them, since they were generally people who would only watch studio Ghibli films for instance.

I’ve always been the type of person who would just dive into the things that they enjoy regardless of what it is and what my friends thought of it. 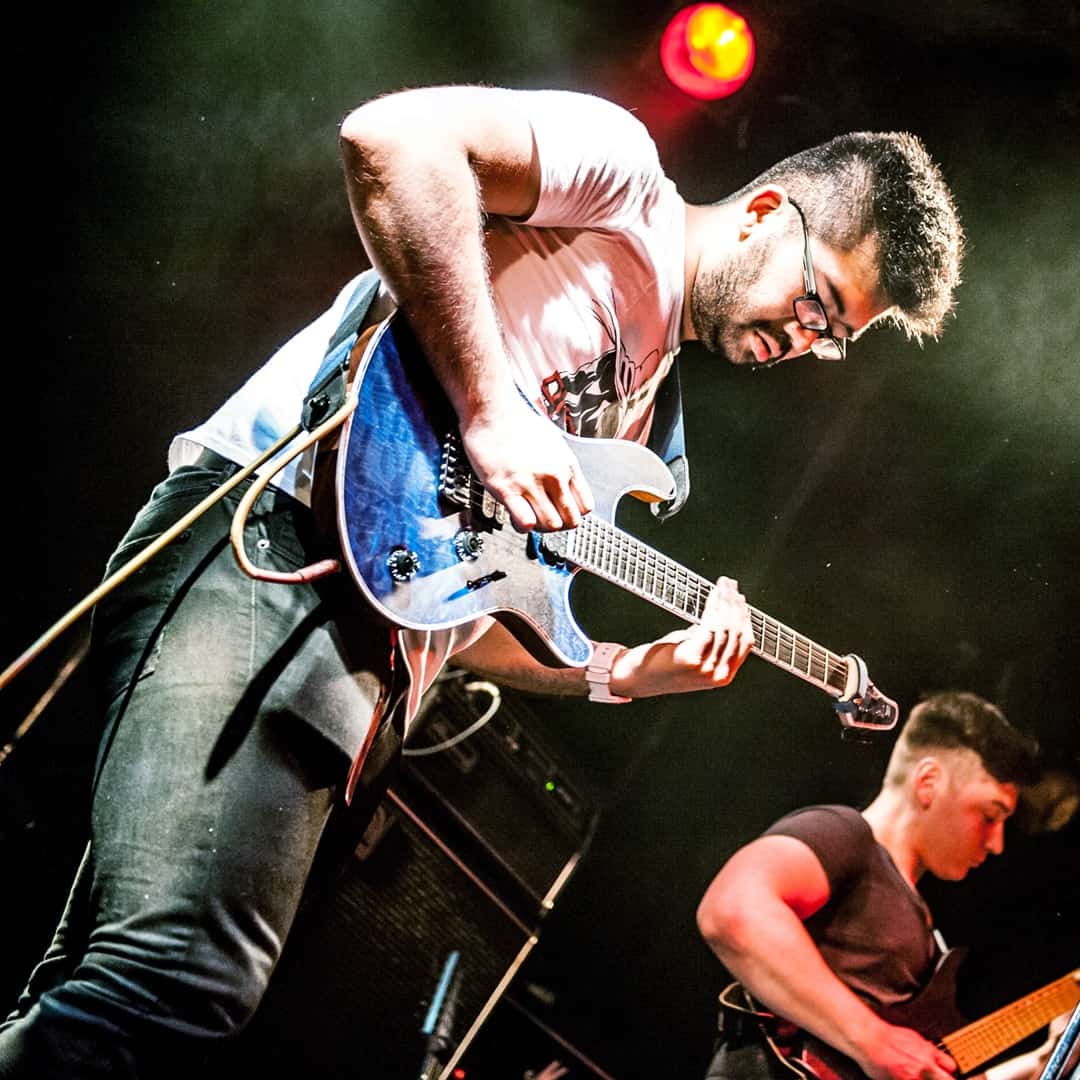 In terms of conversations about whether it is okay for westerners to engage and enjoy anime, I do think there is a salient point about not taking other cultures in vain, and not to caricature and stereotype other cultures too much. However, if you earnestly enjoy anime, I think nothing should stop you from doing that.

And if you want to build communities in the west around the shared enjoyment of anime and manga, then well the more the merrier right?

In terms of barriers, one thing I will say is that if you ever go to Japan, make sure to learn about Japanese culture (what it’s really like, not what is depicted in anime!) and maybe learn a bit of the language.

The perception of Japanese people being relatively frosty towards foreigners is partially true, but boy they will warm up to you the moment you show any knowledge and appreciation about their language and culture.

I feel that sensibility is shared throughout a lot of Asia, where people are very happy for foreigners to take part in their culture as long as they do so from a place of genuine curiosity and joy.” – Sithu Aye

What would you suggest if other non-Japanese musicians want to create music inspired by anime? 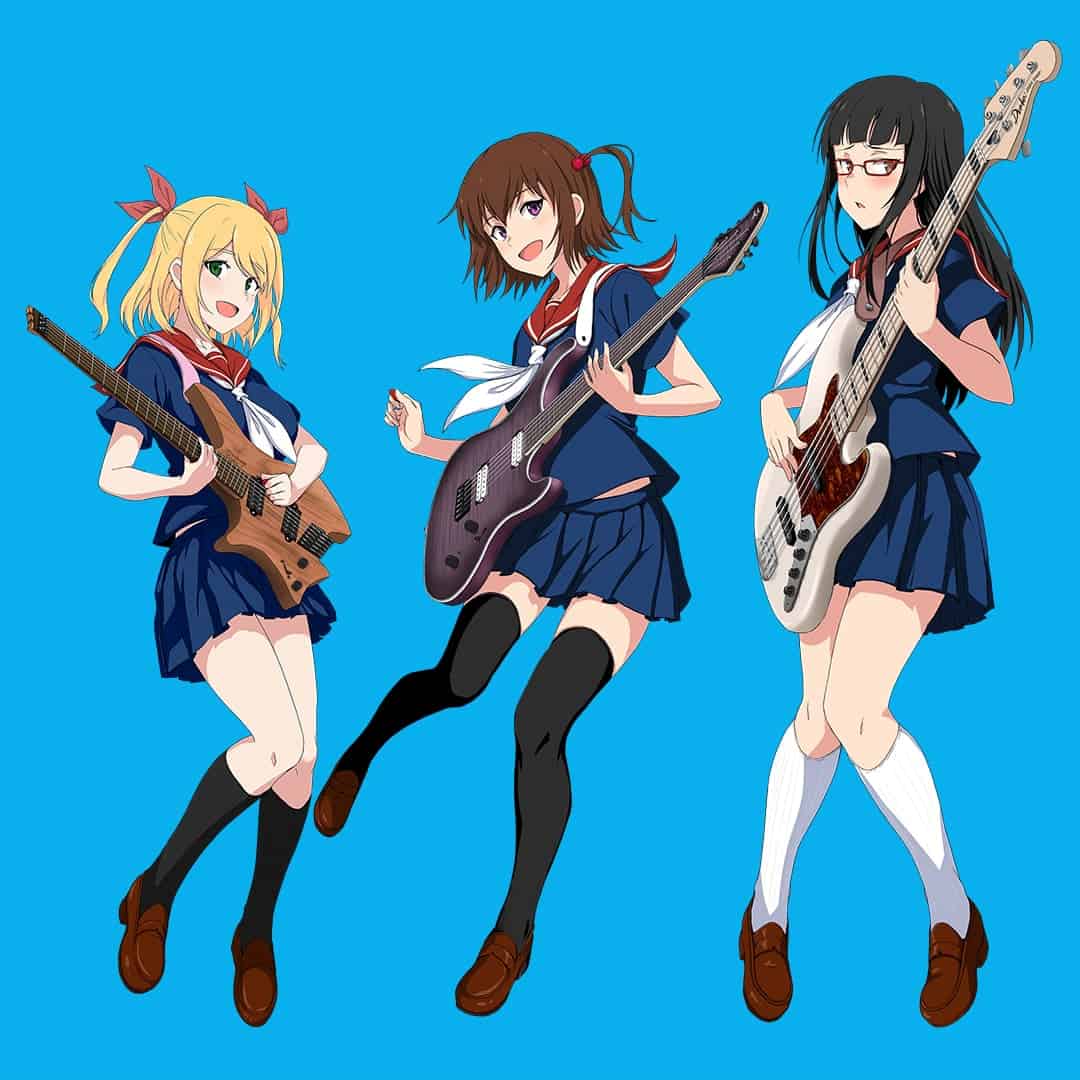 “To limit what you take inspiration from is to limit yourself as a musician. If you want to create music inspired by anime, the more power to you. I also think there are some genuinely useful musical elements, as well as a marriage between jazz and pop that is way more prevalent in Japanese music than western pop.

In many ways, the shared enjoyment of music and anime is something that transcends national borders and from my experiences interacting with Japanese fans of my music, they just love the fact that me, as a non-Japanese person, is making music about something that they themselves enjoy.

Honestly, I feel like a lot of talk of ‘cultural appropriation’, if we want to call it that, is itself a western viewpoint, and to me it feels like nobody once stopped to think to ask what the Japanese thought of westerners enjoying anime. Like I said before, we definitely don’t want to go too far and make a mockery of other people’s cultures, but the starting point of appreciating other cultures is a point of relative ignorance.

However, just by dipping my toes into the water so to speak, I’ve had so much support from fans in Japan who even called me ‘Senpai’ over there in reference to my Senpai releases. 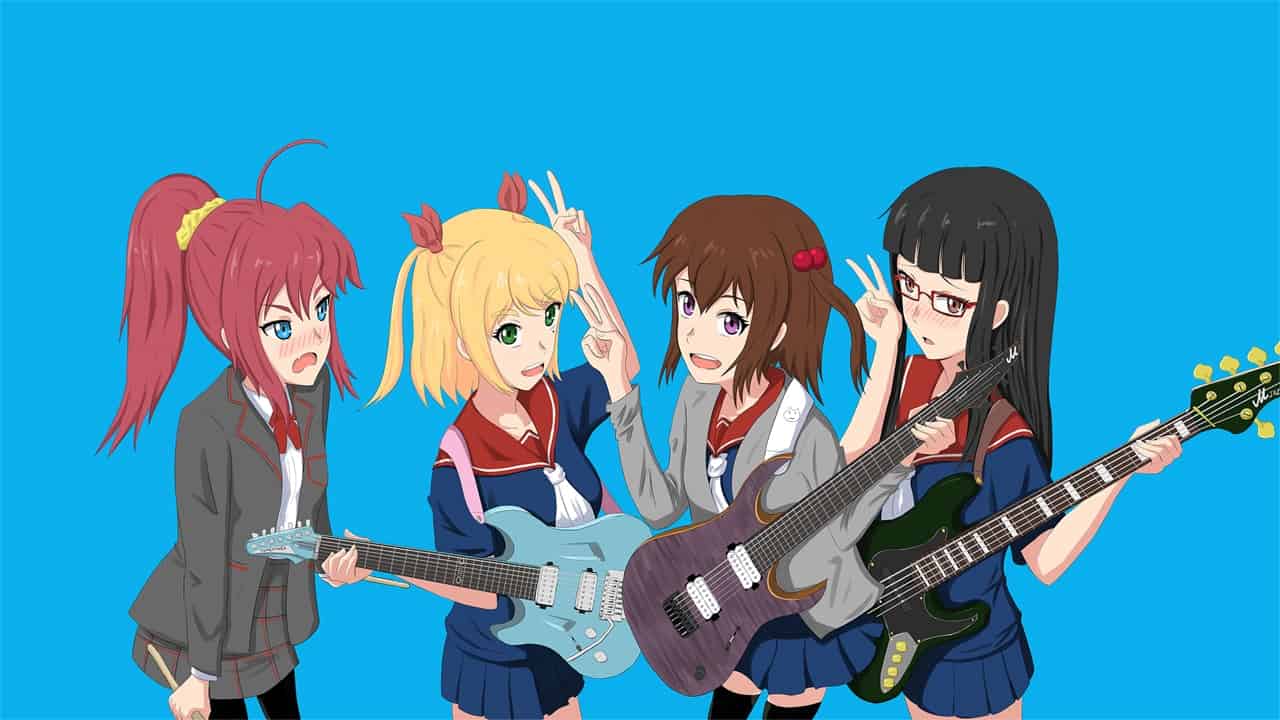 I think that embracing and learning about other cultures, you gain a sense of perspective and see the world in a new light, and a broadening of understanding and knowledge is something everybody should be willing to embrace.

The love of art and music is also a human thing not limited to one country or group of people, and even though I can barely speak and understand Japanese and my fans in Japan couldn’t speak great English either, we were still able to have a shared experience over mutual interests. In the end, isn’t having music, art, and even anime bring people together part of what it’s all about?” – Sithu Aye

When are you planning on releasing your next album?

“So I’m currently working on my new album now, which is the third installment of my ‘Senpai’ releases. It’s a bit of a long story, but because I liked anime music, I thought I’d try out a new guitar and amp modeller by making a song that sounded like an anime opening.

It was a bit of a joke at first, but people liked it and it eventually led me to make an EP called Senpai EP back in 2015.

It kind of evolved into its own thing though, as I made up this trio of anime girls in a high school band going through slice of life anime tropes and even did some (really bad) artwork for it.

The whole Senpai EP thing got out of hand with what started out as a meme release getting its own characters and lore. I even did 6 pages of manga for the tab book!

I also did a follow up called Senpai EP II: The Noticing, which is still dripping in irony, yet I still went all out, creating a new character, trying to improve my artwork and add more songs based on more slice of life anime tropes.

So at the moment, I’m almost finished recording the music for Senpai III, which is going to be a full length album this time.

However, instead of just doing the same thing that I did for the previous two Senpai releases where I make songs based on anime tropes, I thought I’d actually change things up and try to tell an actual story. Each song in the album will refer to a chapter in a novella I’m writing that will be released alongside the album.

The story deals with the Senpai EP characters graduating high school and the challenges that come with what you want to do in life to get a degree, get a job, and so on, but keep music and your passion for it involved in your life.

I feel like this is very relatable for a lot of people who are passionate about music and I certainly went through these feelings when I finished high school. Hopefully I will be able to tell this story through both prose and music, with something meaningful and relatable at the end of it all.” – Sithu Aye

Sithu really went above and beyond to give us a look into his life, his future, and his ideas. I really appreciate the thorough responses!

Advertise with us
149
likes / shares
FacebookTwitter