The Duke of Death and His Maid TV Anime Announces Sequel

On September 20, fans and gamers gathered around Sega’s Ikebukuro GiGo arcade for its final day.

A huge crowd gathered around the legendary arcade at a ceremony Sega held to commemorate its 28-year run. A live stream of the ceremony, which lasts over an hour-and-a-half, can be found on Sega’s official Japanese YouTube channel.

End of an Era

The nine-story arcade opened all the way back in July 1993 as the Ikebukuro GiGo before Sega bought it and rebranded the arcade. Ikebukuro GiGo was a popular testing site for new games to see if anybody liked them or not, and the place even had a taiyaki stand on the ground floor for hungry gamers. 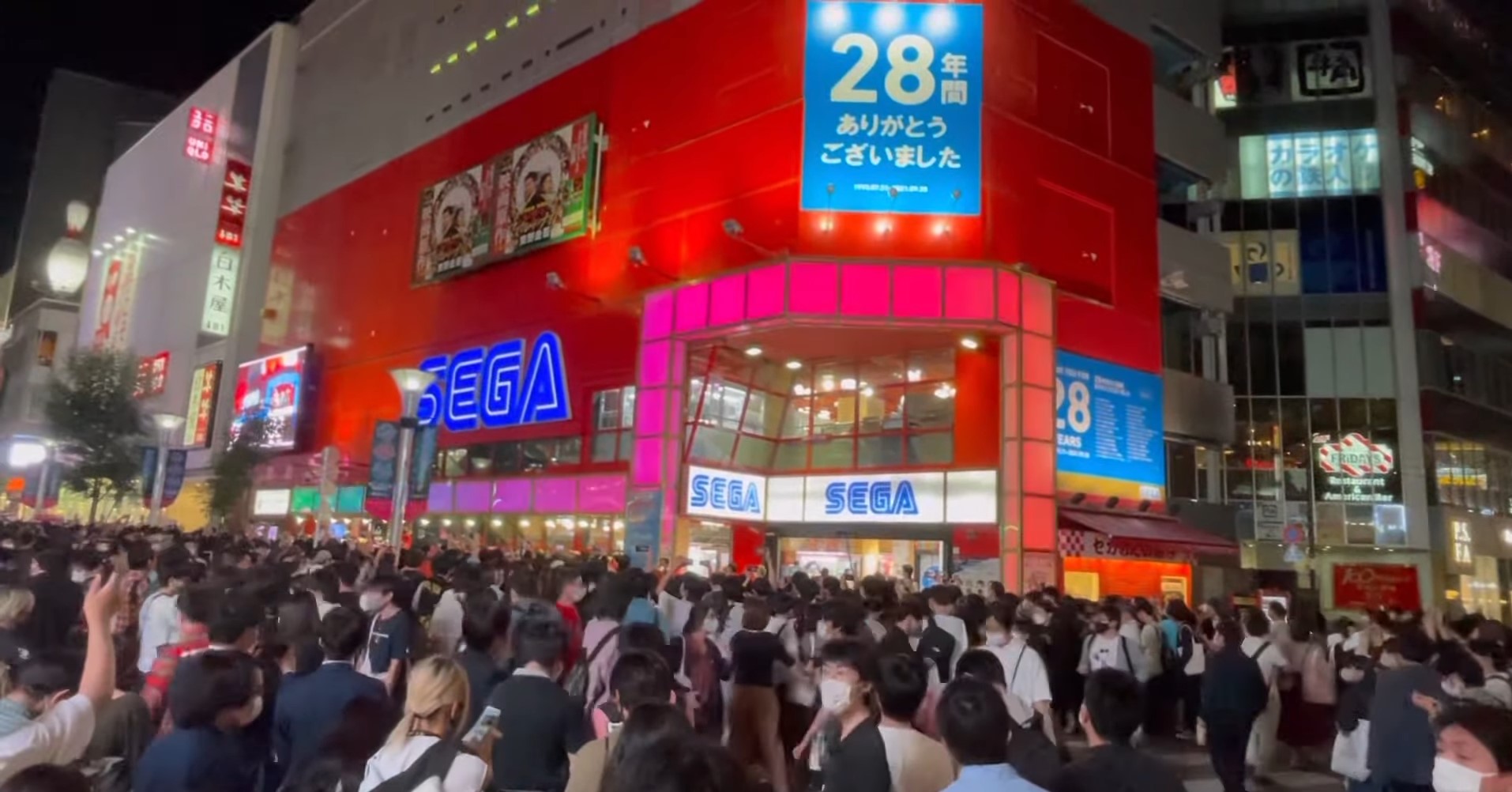 Over the years, GiGo did its best to adapt to changing interests by adding music games, photo booths, and even a cafe with rotating themes that paid homage to popular anime and game franchises.

Videos of the event are all over social media with giants crowds outside on the street, which is closed off to vehicles. Crane game players were given commemorative bags with a drawing of the building and a message thanking people for the last 28 years.

Mr. Noda, the arcade’s manager, gave an emotional speech in front of the crowd, extending even more thanks for the support towards him and towards the people who worked at Ikebukuro GiGo. He expressed his wishes to continue operating the arcade forever.

There are many factors at play that led to the closing of Ikebukuro GiGo. Mr. Noda asserts the notion that the arcade was not closing because of the COVID-19 pandemic, but due to “unavoidable circumstances.” According to the Japanese gaming magazine Famitsu, the lease on the arcade ended. Sega decided not to renew and the main reason for its closure was its renovations.

Perhaps the arcade was closed because Sega was unable to pay its bills. It was a massive nine-story building with games from one side to the next, and tons of amenities and appliances.

Although Mr. Noda stated that the closure wasn’t because of the pandemic, one can’t help but wonder whether COVID-19 actually played a role indirectly. It goes without saying that the pandemic shut down global tourism, and there is also a declining demand for retro gaming machines in Japan.

Sega’s decision to end the arcade’s lease agreement and the country announcing multiple states of emergency due to the pandemic is too much of a coincidence. And on top of that, Sega sold off 85% of its arcade assets in November 2020.

Sega’s Akihabara GiGo arcade also closed in August 2020 as it was losing business. In my opinion, the dots line up too well for COVID-19 to not have played a role.

Regardless of the reason, seeing these iconic arcades close is still incredibly sad. Mr. Noda was practically crying in this speech towards the crowd. Despite this news, it seems that Sega doesn’t want to give up.

In the picture above, you’ll see a timeline of the arcade’s history, but it ends ambiguously. The final year is listed as “202_” with space next to it blank. Perhaps, this means that Sega has plans to reopen the arcade someday in the future or a new branch to carry the legacy of Ikebukuro GiGo. Only time will tell.