Good news for fans of the anime sports genre with a new one to certainly look out for! Anime powerhouse studio, Mappa, has announced that it is producing a new original water polo television anime series titled RE-MAIN.

Details on this anime television series are still a bit sketchy so, at this point, there is no word on when RE-MAIN will debut. It is, however, listed with a 2021 premiere so fans are expecting a fall debut.

Tiger & Bunny head writer, Masafumi Nishida, will serve as co-creator, chief director, series script supervisor, and scriptwriter for every episode. He is the audio director as well.

The announcement also featured a cast and staff list. Among the released cast are: 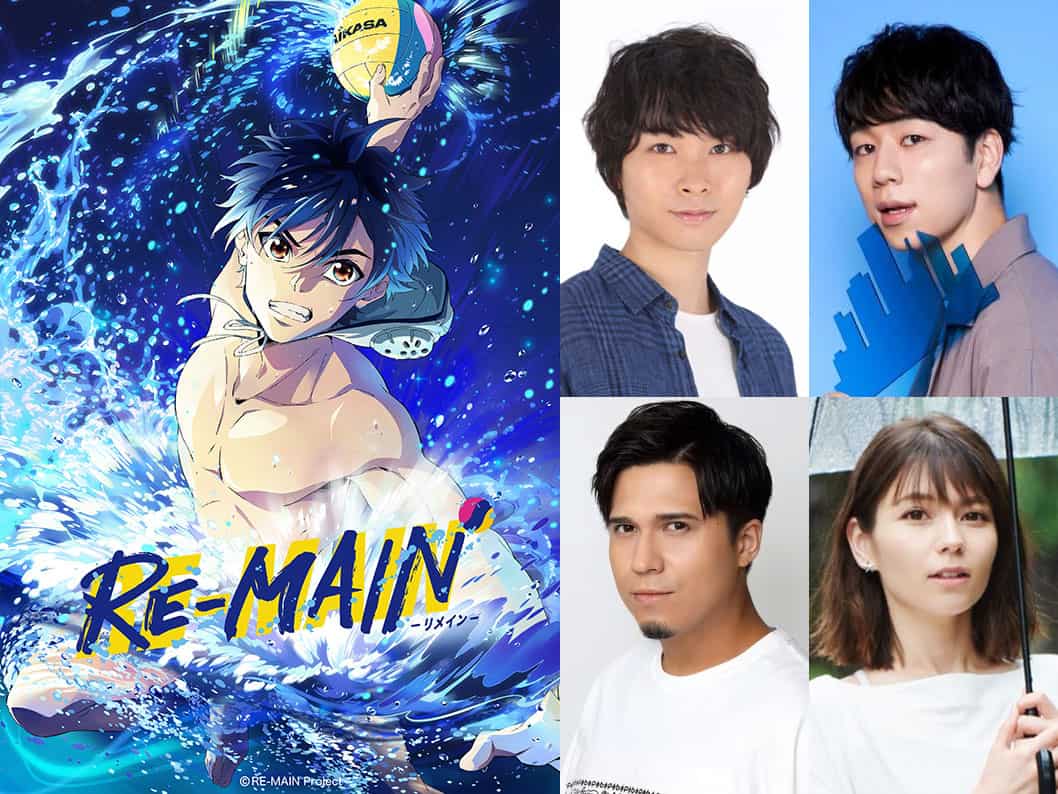 This anime has an impressive staff list as Kiyoshi Matsuda (Kakegurui “Season 2”) is directing the anime at MAPPA under Nishida’s supervision. Aori Fujika will be in charge of designing original character concepts and Shiho Tanaka (Banana Fish episode animation director, Twittering Birds Never Fly: The Clouds Gather animation director) is adapting those designs for animation. Kana Utatane (“TaWaRa”) is composing the music.

Because the show will have an original plot, fans know very little about RE-MAIN. On the bright side, anime-only fans can rest easy knowing that they will not be harassed with spoilers from manga readers on this one. 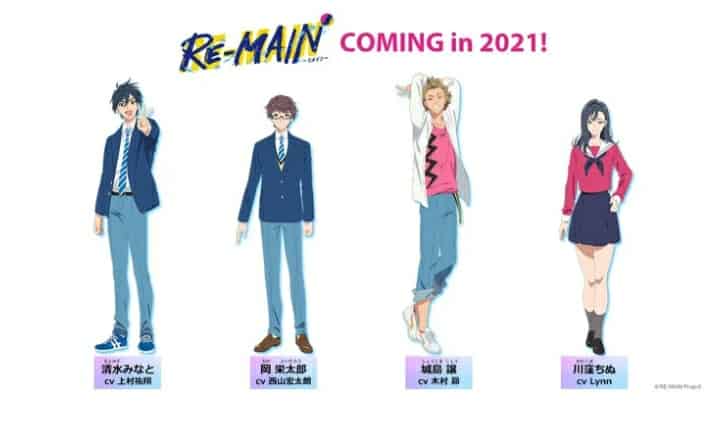 What Will the Series be About?

MAPPA did release a short blurb about the anime. The sports show will focus on Minato, a talented water polo player who stopped training after a traumatic accident in the winter of his third middle school year.

He picks the sport back up again with a new team when he starts in high school but the fledgling team runs into many problems and Minato must work through his past trauma in order to become the player his team needs.

Are you a sports anime fan? What do you make of this announcement and will you be giving this series a try?!