The trailer (below) previews new characters Shioriko Mifune (Moeka Koizumi), Mia Taylor (Shuu Uchida), and Zhong Lanzhu (Akina Houmoto) in addition to the first season’s returning cast. The season will premiere on the Tokyo MX and BS11 channels on April 2 at 10:00 pm. Sunday’s concert also announced that the project’s 5th Live concert will be later this year.

Like the first season, the staff includes Tomoyuki Kawamura as director, Jin Tanaka as series composer, Takumi Yokota as character designer, Misako Akama as color designer, and Daiki Sugiyama as photography director, with Mebachiin in charge of design works. 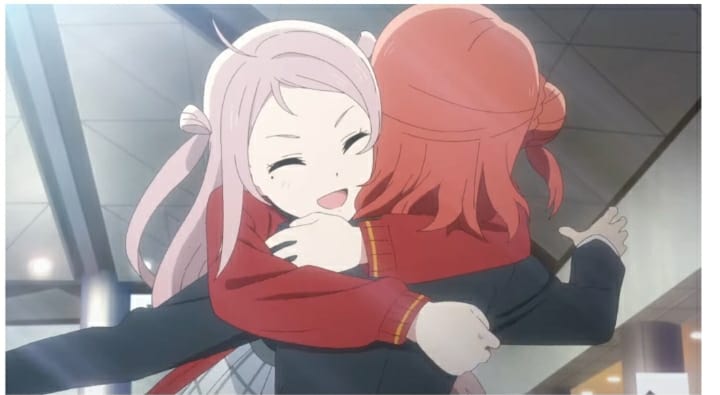 In 2010, the anime studio Sunrise, Lantis, and ASCII Media Works‘ Dengeki G Magazine launched Love Live! as a self-described “ultimate user-participation project” that lets its fans vote on the future of the fictional idols in the μ’s school idol group.

Love Live! Nijigasaki High School Idol Club is part of the Love Live! multimedia project, which includes other anime as well as various games. The first season aired in 2020.

Crunchyroll describes the first season as:

Nijigasaki High School is known for their diverse subjects and the freedom they give to students. Second-year student Yu Takasaki has been turned on to the charms of school idols, so she knocks on the door of the School Idol Club with her friend, Ayumu Uehara. Sometimes friends, sometimes rivals, the members of this club each contribute their own thoughts and motivations to the group.

We hope you appreciated this tidbit and found it informative!