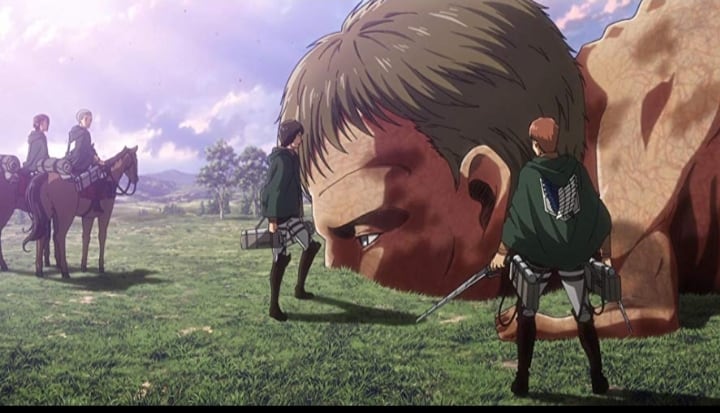 Interestingly, the massive Oyama dam provided inspiration for the walls that play a huge part in Attack on Titan’s storyline.

Isayama is one of the most talented Mangakas and it is quite easy to see why the city of Hita would want to celebrate their finest creator with fitting bronze statues.

The unveiling ceremony of the statues will take place on April 5th. The characters to get a life sized statue are Eren, Armin and Mikasa – our favorite trio!

Over 29 million yen was raised through crowd funding for this project, and a fourth statue of our ruthless captain Levi will be erected at the front of the Hita station.

Live streaming of this event will be held at the Oyama community centre and Hitarinko High School – the school Isayama attended.

An Attack on Titan themed museum will be on show and items such as Isayama’s art desk will be available for viewing.

With the 3rd season of Attack on Titan ending, fans are waiting for the 4th and final season which will be aired this year.

As the plot unravels, viewers will learn more about Zeke, Grisha, as well as the territory of Marley. More information on the origin of Titans will also be provided in this final season.

Exciting times for Attack on Titans fans as they get to take selfies with life sized bronze statues of their favorite leading characters.