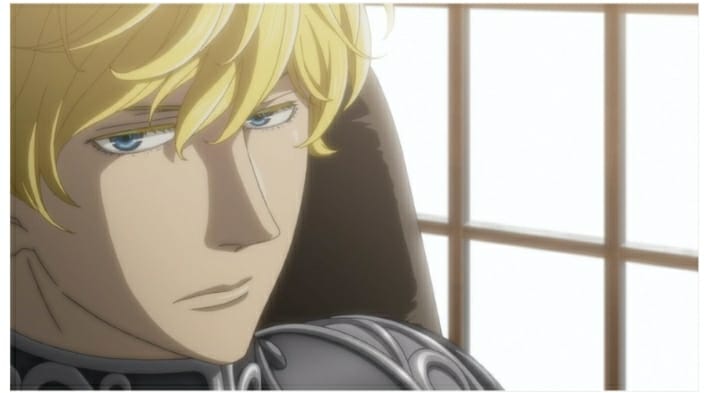 From the trailer, it was revealed that the third season will premiere as three features in Japan on March 4, April 1, and May 13 before a 24-episode TV airing.

Based on the novel series by Yoshiki Tanaka, Die Neue These follows a long-running war between the Galactic Empire and the Free Planets Alliance. Reinhard von Lohengramm and Yang Wen-li, tactical geniuses and respected rivals, battle each other to decide the fate of the galaxy.

A LITTLE ABOUT THE SERIES

The first season, The Legend of the Galactic Heroes: Die Neue These Kaikō (The New Thesis: Star-Crossed), aired as a 12-episode series that premiered in April 2018. Crunchyroll streamed the anime series while Funimation streamed an English dub.

In addition to the teaser trailer, a key visual for the season (above) was also released, showing Reinhard and Yang flanked by their respective fleets.

The official Legend of the Galactic Heroes shop is offering new goods for pre-order in advance of the premiere. Phezzan (named for the territory that serves as a link between the Empire and the Alliance) is offering giclée prints, as well as a deluxe boxed set of the upcoming season to be shipped out in June 2022.

More information about the series will be announced soon.

Advertise with us
130
likes / shares
FacebookTwitter