With the premiere date drawing nearer, we get to see more information about the epic black samurai anime titled Yasuke.

The staff of LeSean Thomas and MAPPA‘s Yasuke anime unveiled an English teaser trailer, teaser visual, and more staff to give fans a sneak peek of what to expect and heightening expectations for this new anime.

It has previously been confirmed that the anime will have six episodes, starring LaKeith Stanfield as the first African samurai. Yasuke is produced by MAPPA animation studio with music from executive producer, Flying Lotus.

A CLOSER LOOK AT THE TEASER VIDEO & VISUAL

If the teaser video by Netflix is anything to go by, we will be seeing stunning animation filled with impressive swordplay and bloody fight scenes. The video shows the legendary black samurai, Yasuke, as he fights for Japan’s honor while meeting resistance from those who believe in the “old ways”.

The visual shows a sword that most likely belongs to Yasuke. The historical figure, Yasuke, a samurai of African descent, is the protagonist of this show.

He served under Oda Nobunaga during Japan’s Warring States period in the 16th century. In this story, Yasuke must return to his life of sword fighting and violence to protect a mysterious girl from dark forces. 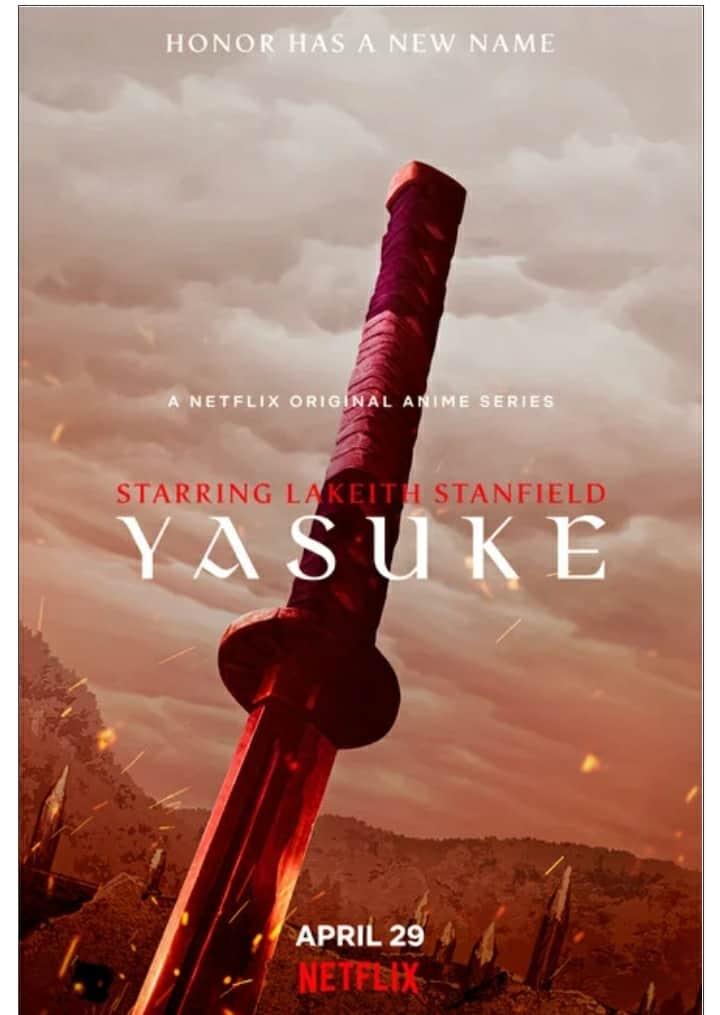 THE REST OF THE STAFF

The staff members, who have been announced recently, include:

Yasuke will premiere worldwide on April 29, 2021, on Netflix. So be on the lookout and tell us what you think about the series!