Kingdom Season 4 has revealed the main key visual ahead of its premiere on April 9. It was posted on the official website of the Kingdom series. Additional information about the theme songs and artist was also announced.

The new series will depict the aftermath of the Coalition Army Arc and the largest battle in history, which tore a great gash across Qin as well as all of China. Ei Sei tells Prince Sei Kyou (Cheng Jiao) of his lifelong ambition: to become the ruler who unites China. Shin and Ei Sei take another step closer to that ambition upon a new battlefield in the next series.

The fourth series will premiere on NHK General on April 9 at 24:00. It will feature a returning cast.

The new series’ teaser visual (below) features Sei Kyou and the tagline, “I’m next.”

Yasuhisa Hara’s historical manga centers around the slave boy Xin and his dream of becoming a great general for the state of Qin. The record-setting manga launched in Shueisha‘s Weekly Young Jump magazine in 2006. Hara said he is considering writing up to 100 volumes. 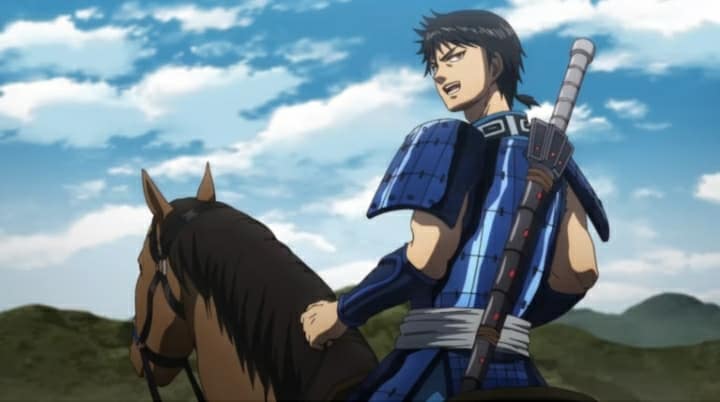 Are you a fan of this anime? Share this article with someone else who could use a little good news today!